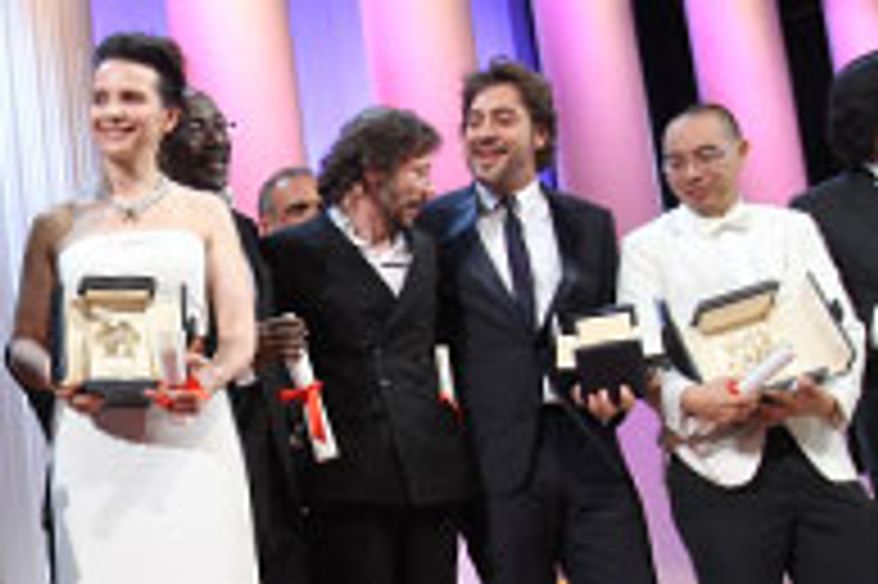 After the closing ceremony, the award winners each held, in turn, a mini press conference. Selected extracts.

Apichatpong Weerasethakul (Palme d’Or for Lung Boonme Raluek Chat (Uncle Boonme Who can Recall His Past Lives))
I tried to offer a different kind of film, a film that pushes back the limits, that challenges the public so as to make cinema go further.I hope that it’ll be an inspiration for young people because, nowadays, we’re all becoming subjected to a single culture, we all have the same ways of telling stories.There are minority cultures today that can no longer express themselves, that can no longer live life their way.Film is something that can help bring about a better understanding of different cultures.

Xavier Beauvois (Jury Grand Prix for Des hommes et des dieux (Of Gods and Men))
I’m a huge fan of Tim Burton, so I was a bit confident. I said that the film might go down well with the Jury because I personally admire their work. (…) We shot it in Morocco. It’s such a wonderful, welcoming country!We celebrated Eid. We sacrificed a sheep and built a church with our Muslim brothers. At the same time, in France, they were going on and on about the burqa.Shooting films in Paris is hell. Shooting films in Morocco is paradise.

Mathieu Amalric (Award for Best Director for Tournée (On Tour))
A director is someone who’s all alone in their bathtub or in bed, and who has a kind of vision, a desire. (…) It’s a good idea to be in the picture. I didn’t want to star in the film. That was decided 3 weeks before shooting started.  By colluding with fiction, I was able to better capture the energy of my characters (…). Some people in the Jury know that I started out as an assistant, assistant-director and assistant editor.My life as an actor was invented by Arnaud Desplechin when I was 30. The Jury has, I believe, shown great generosity by giving me this award.

Mohahamat Saleh Haroun (Jury Prize for Un homme qui crie (A Screaming Man))
I accept this award as an invitation to form part of the world of cinema. I feel like I’ve brought my country, perhaps my entire continent, onto the stage.Many of us thought that Tim Burton wouldn’t appreciate this type of film:we were proved wrong.Tim Burton is a great film enthusiast.The list of award winners is of a very high standard, as well as being kind. (…) We make films like little candles you light.

Elio Germano (Tied award for Best Actor for Our Life (La nostra vita)
I am very moved and very surprised, both on personal level but also for the film and consequently, for Italy. I reiterate what I said on stage: I am grateful to the Italian people for striving to make their country a better place, in spite of the ruling class. I say that because, as artists, we are often accused of speaking badly about Italy. Whenever I get the chance, I say good things about it.

Javier Bardem (Best Actor for Biutiful)
It is a great honour and a surprise. I am very happy to share this award with Elio Germano, because in a festival, we should share so much more. (…) For me, it is an honour to represent Biutiful.

Juliette Binoche (Best Actress for her role in Certified Copy (Copie conforme)
When film took my life in hand, my desire revealed itself, meeting directors, going to films, doing castings (…) Very quickly, I wanted to learn English to film with directors from all over the world. (…) Acting is a cosmic experience. Now, I would even say that it is orgasmic! (laughter) (…)  When I met Abbas Kiarostami in Cannes, I told myself that I had to work with him. Even if he films in Farsi, filming landscapes, and the actors are not very important in his films.

Lee Changdong (Best Script for Poetry)
It is a film that talks about the future and even about anxiety for the future. The main character feels this anxiety and that is why he leaves a poem before departing. (…) The first scene came to me at the same time as the main plot. Poetry does not just talk about the beauty of the world. Ugliness coexists alongside beauty.
Serge Avédikian (Palme d’or for short film for Barking Island (Chienne d’histoire)
I didn’t want to make a film with a direct metaphor. I chose animated painting because it enables you to bear the violence of this extermination. Films can be useful if they can serve as a bridge.
Frida Kempff (Short Film Jury Prize for Bathing Micky (Micky Bader)
I wanted to tell the story of a character who is a strong woman, look straight at the camera. A strong woman takes part in life, takes her place in the world and shows herself. It’s a film of hope and love.
Michael Rowe (Caméra d’or for Ano Bisiesto-Directors’ Fortnight)
I am very happy, it will make things easier for me for my next film, especially because the award includes 50,000 euros in Kodak supplies.
Gael Garcia Bernal (President of the Camera d’Or Jury)
We saw 24 films, and they were all on an excellent level. There are some extraordinary directors coming on stream. Ano Bisiesto is the film that impressed us the most. It was a unanimous decision. It is a seamless piece of work. 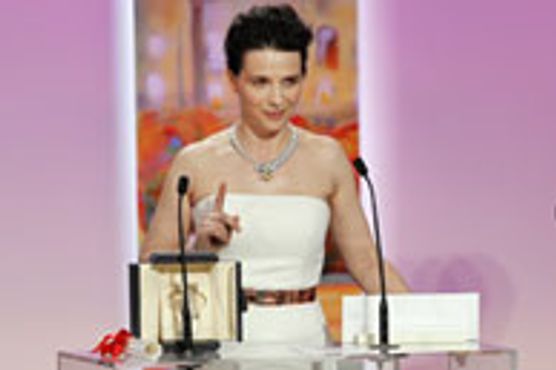 DID YOU KNOW?...The Online Daily team 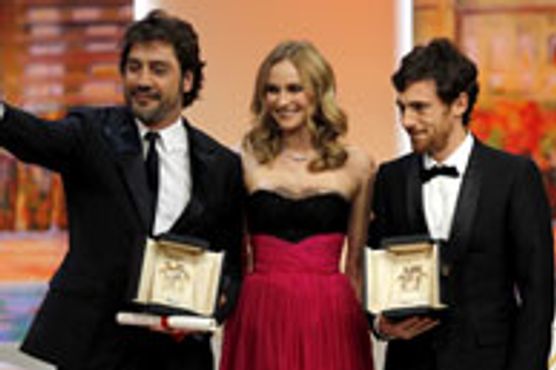