Your badge gives you access to the Festival area and screenings (Official Selection, Marché du Film, parallel sections) depending on your accreditation category: 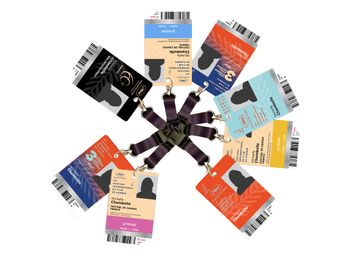 New for 2021: The box office is virtual and accessible by all accredited participants at “MyCannes”. All the sessions – in every location – require a ticket.

One you are assigned a place at a session, you are guaranteed that place: arriving long before the start of the session is not advisable. An arrival window for entering the theatre or screening room will be indicated on the ticket for most sessions. Please keep to your allotted time. 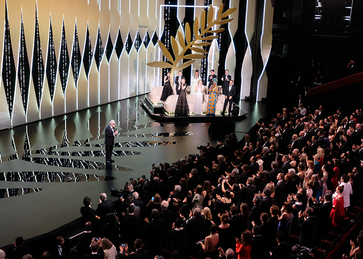 Via the box office: Screenings at the Grand Théâtre Lumière

The Festival will endeavour to meet your requests as far as possible, allowing forthe fact that demand for available places far exceeds supply.

Tickets, whether paper or electronic, are strictly personal and non-transferable.Selling tickets is strictly forbidden. Anyone breaching this regulation will risk prosecution.

All tickets issued must be used. In case of unforeseen circumstances, you absolutely must return your ticket to your distribution office (if your accreditation is associated with acentral office or the Central Box Office, Hall Méditerranée). If you contravene this rule, your invitations will be restricted.

Tickets must be returned: 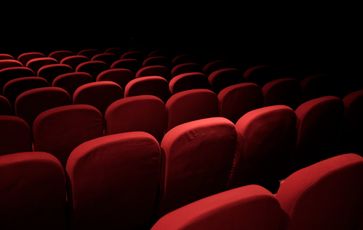 If places are available, festival badge-holders without tickets can attend all the screenings at the Grand Théâtre Lumière. A total of 5,700 people enjoy this benefit every year. 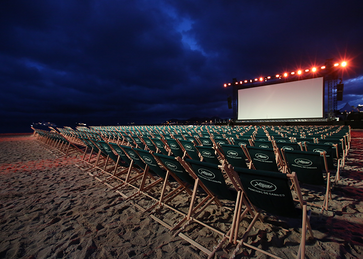 Every evening from 9:30pm on, the Cinéma de la Plage provides open-air screenings for all to enjoy.

Presents the feature films in Competition, Out of Competition and the Midnight Screenings. Two gala screenings take place at the Grand Théâtre Lumière every evening. Formal evening dress is mandatory for these screenings. For other screenings, smart dress is acceptable. By attending these sessions you are agreeing to be photographed or filmed.

Admission: via the Red Carpet Steps

Presents day-after screenings for feature films in Competition, Out of Competition and Special Screenings.
Admission: Roof of the Riviera (via the Forecourt on the sea side)

Presents the Cannes Classics programme, the Cinéfondation Selection and the Masterclasses.
Admission: via the main entrance of the Palais F+5

Presents In Competition and Un Certain Regard day-after screenings.
Admission: via the main entrance of the Palais F+3

The Cineum Cannes cinema, at 210 avenue Francis Tonner, Cannes 06400, has three screening rooms.
Access: by shuttle, on presentation of a QR code which can be found in "My Cannes".

The Arcades Theatre presents a programme exclusively for accredited attendees of 3 Days in Cannes (second session) comprised of films from the Official Selection.

Offers open-air screenings each evening from 9:30 pm.
Admission: open to all depending on the number of available seats, Macé Beach.

The Marché du Film screening rooms are located in the Palais des Festivals, in the Riviera and in the city of Cannes. Access to the screenings is by Marché badge or by a ticket issued by the Marché Screenings service.

SCREENING VENUES FOR THE PARALLEL SECTIONS OF THE FESTIVAL

The Semaine de la Critique screenings will take place from the 7 to 15 July 2021 at the Espace Miramar.

The ACID  screenings will take place from the 7 to 16 July 2021 at the Arcades Theatre, the Palais des Festivals, Studio 13 MJC Picaud, the Theatre Alexandre III and at the Cinéma Le Raimu / MJC Ranguin. For further information on screening venues for ACID, see the section website.

The Festival de Cannes is providing a free shuttle service for participants to travel to the three theatres at the Cineum at 210 Avenue Francis Tonner, Cannes 06400. Festival goers must show a QR code, which can be found under "My Cannes" on the "My Account" website.

The "Palm Express A" service stops at several points in the centre of Cannes. You can find your nearest stop on the map below:

Download the timetable for the Square Mérimée stop - near the Croisette, opposite the Tourist Office. The shuttle stops here until 2pm from the 6th to the 17th of July.

Or download the timetable for the Les Allées stop - at the bottom of the Rue du Maréchal Joffre, where it crosses la Pantiero - which runs from the 6th to the 17th of July from 2pm to 8pm.

No selfies on the Steps,
neither in the screening theatres

No mobile phones in the screening theatres