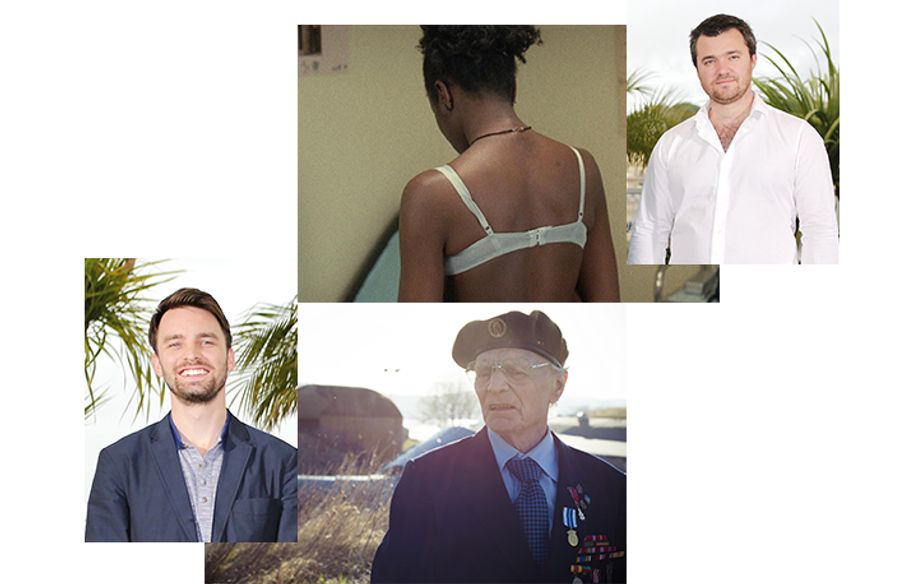 While we await the announcement of the 2015 Short Films in Competition, the 2014 prizewinners look back at the Festival and tell us what's been happening since the excitement of Cannes.

For his movie AÏSSA

Which route has had your short film since its awards at Festival de Cannes last year?

The film Aïssa traveled a lot after his prize at Cannes. The film was selected in over 75 festivals: international festivals like Toronto, Sao Paulo, Namur, Tangier, Uppsala, Telluride but also many French festivals (Montpellier, Toulouse, Gindou, Lille ...). Aïssa was also nominated for the Best Short Film César 2015. Finally, the film also serves many defense associations for undocumented illegal residents that advocate for the end of the bone tests (the subject of the film) such as Education Without Borders Network, Human  Rights League, ADMIE [editor’s note: Association for the Defense of Isolated Foreigners Minors] ...

What would you advise to directors in competition this year?

Print business cards before leaving. See at least one film a day. Drink a glass of champagne in the late morning to relax, and enjoy! Whatever happens, it’ll be fine. You are simply nominated for a Palme d’Or.

What are your current projects?

I am working on writing a feature.

For his movie JA VI ELSKER (YES WE LOVE)

Which route has had your short film since its awards at Festival de Cannes last year?

Yes we love went all over the world after Cannes. Palm Springs, Berlin, Melbourne, Clermont Ferrand and several other festivals. It won at SHNIT Int. festival in New York and at BIFF in Bergen Norway. It received the audience award at both Premiers Plans d’Angers and Film Caravan in Italy.

What would you advise to directors in competition this year?

Get to know your fellow short film makers. You’re not competitors, your prospective affiliates.

What are your current projects?

Right now I’m the conceptual director for a TV series for the National Broadcaster here in Norway. And I just got finance for writing my first feature. I can truly thank the nomination at Cannes for this boost in my career.
分享文章
官方 上映日期 18.03.15