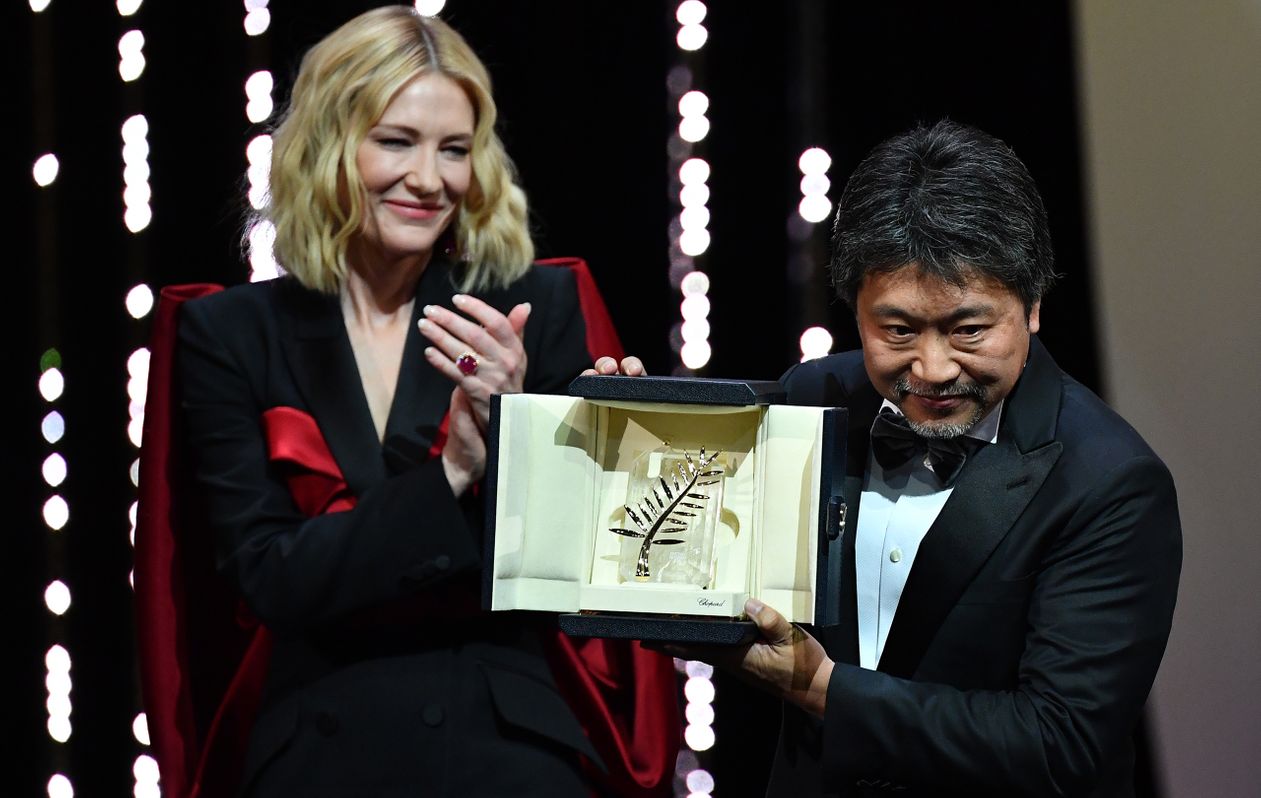 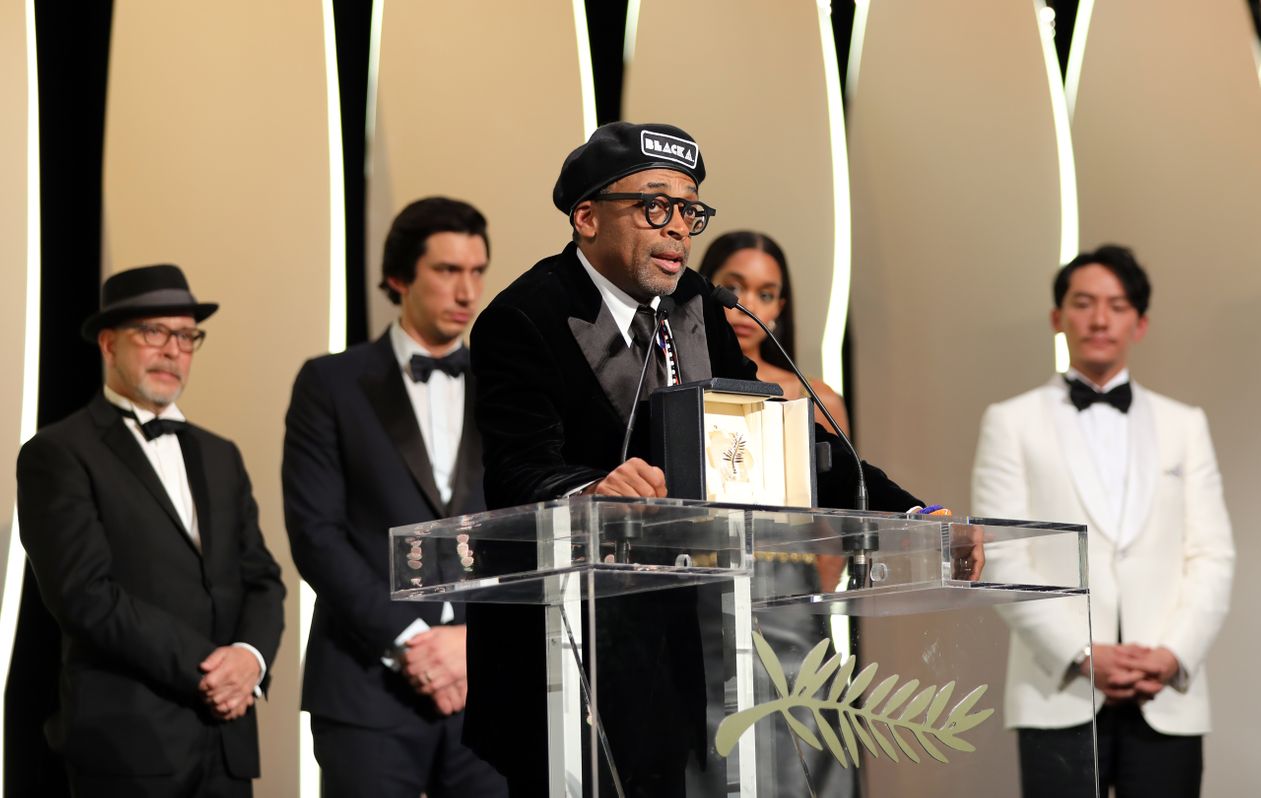 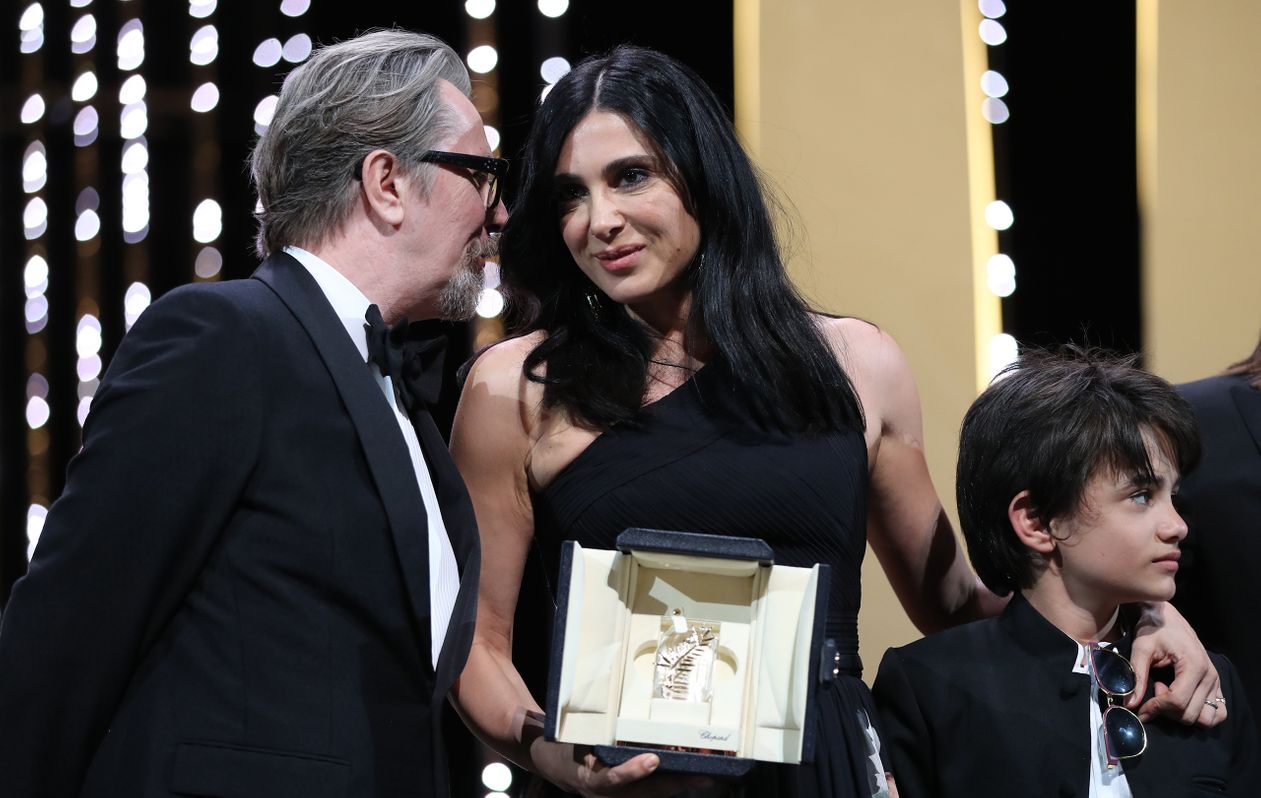 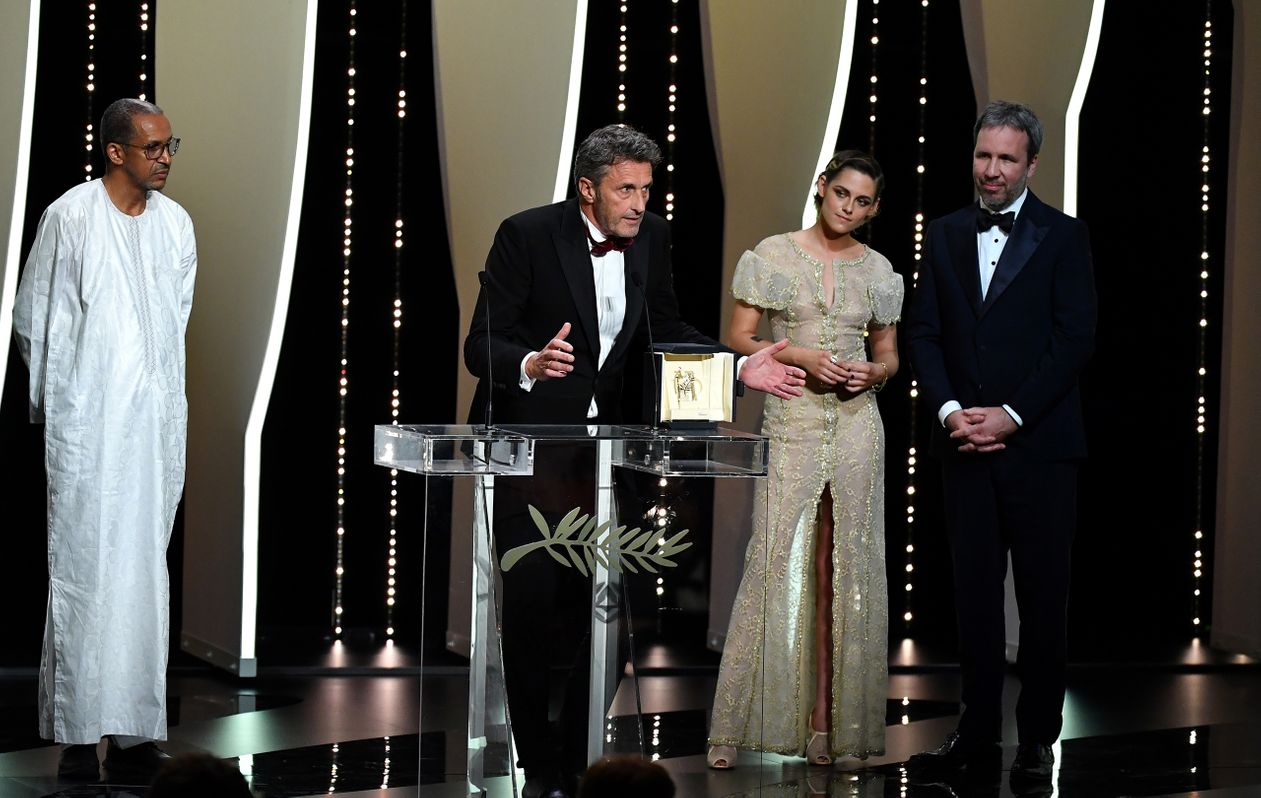 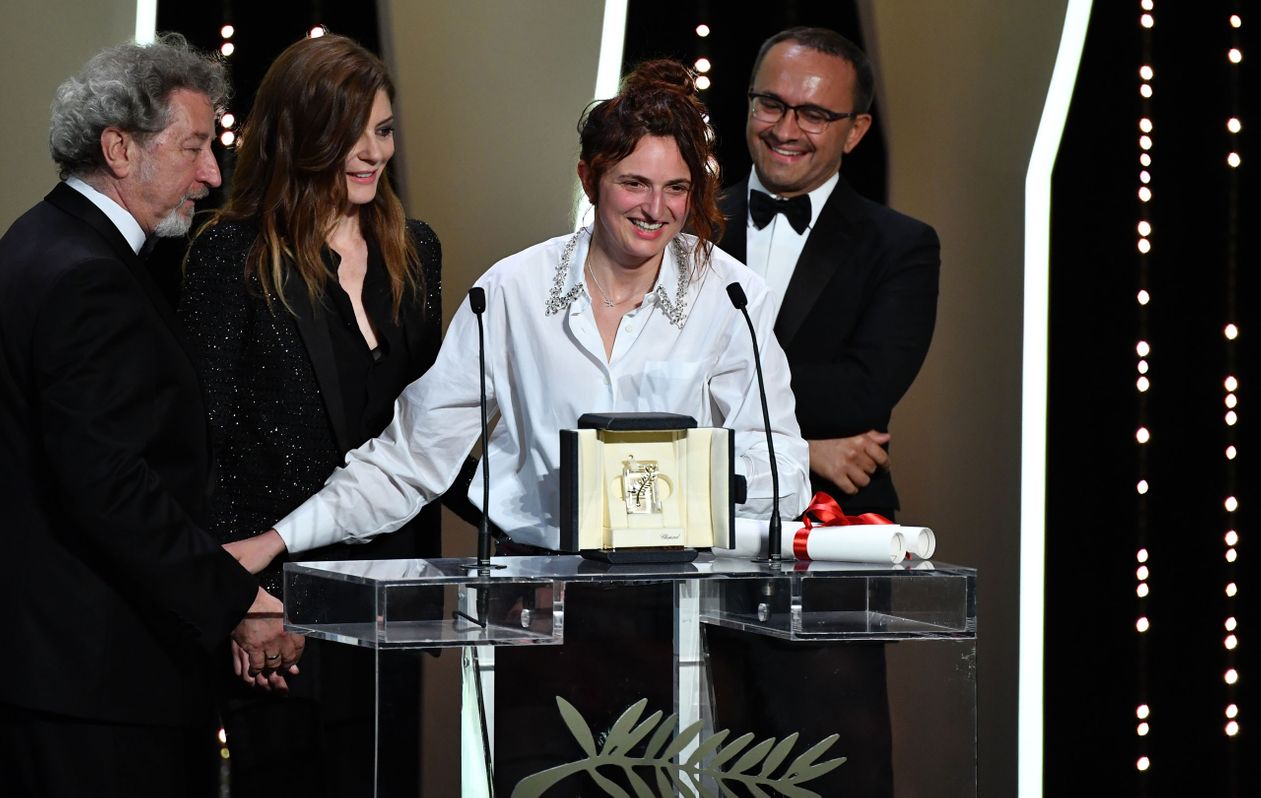 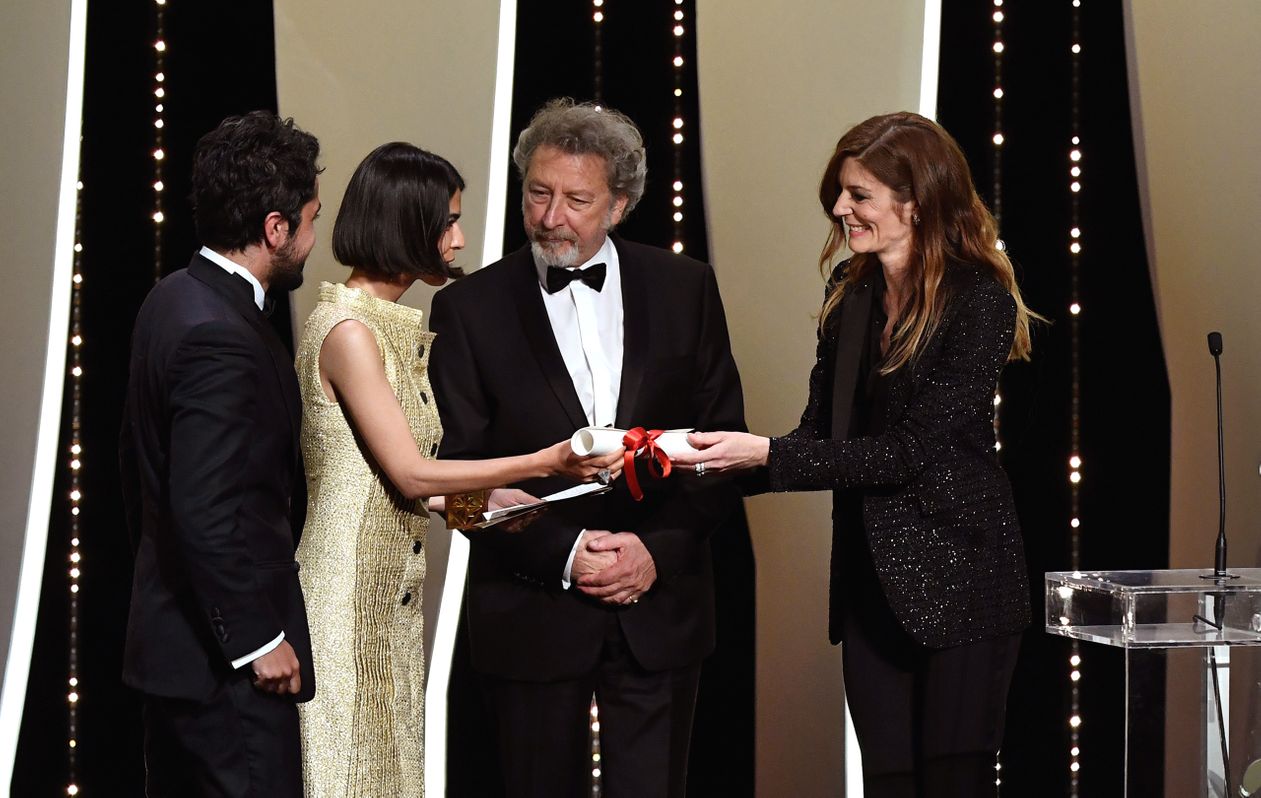 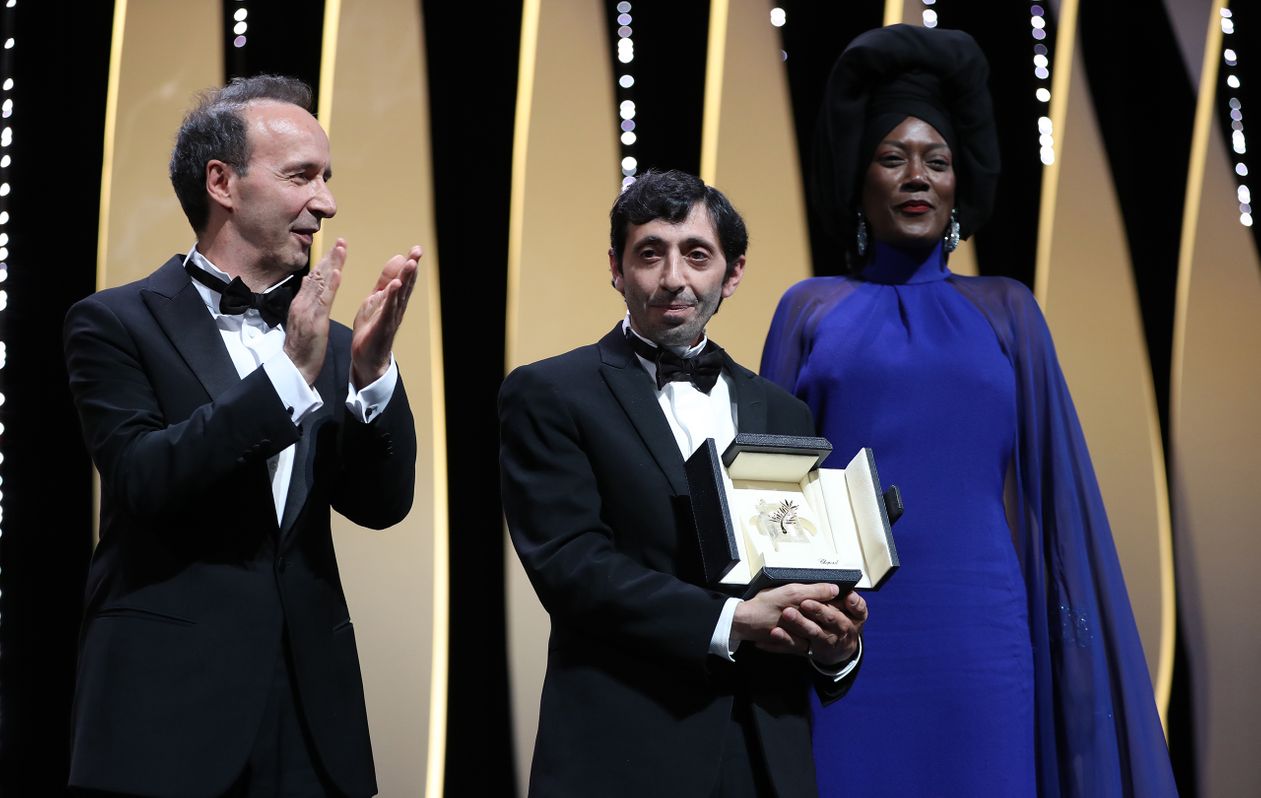 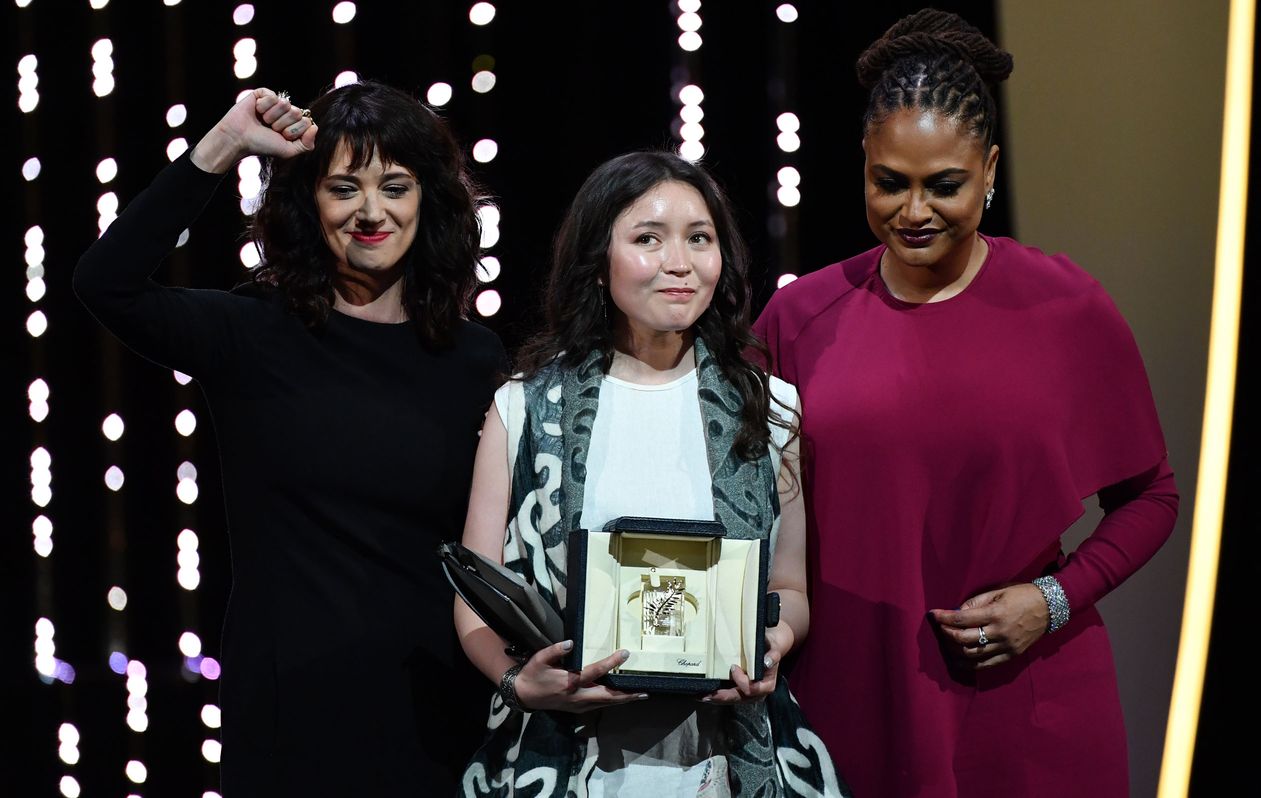 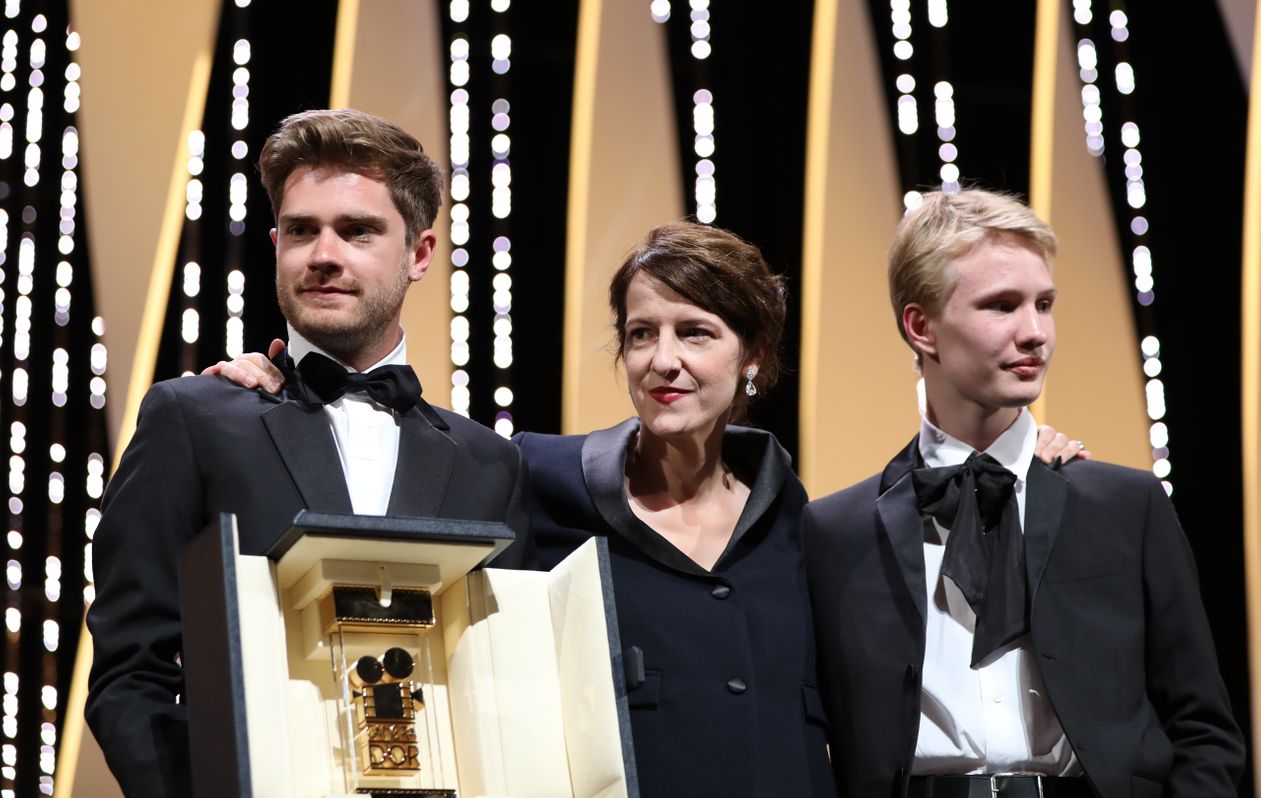 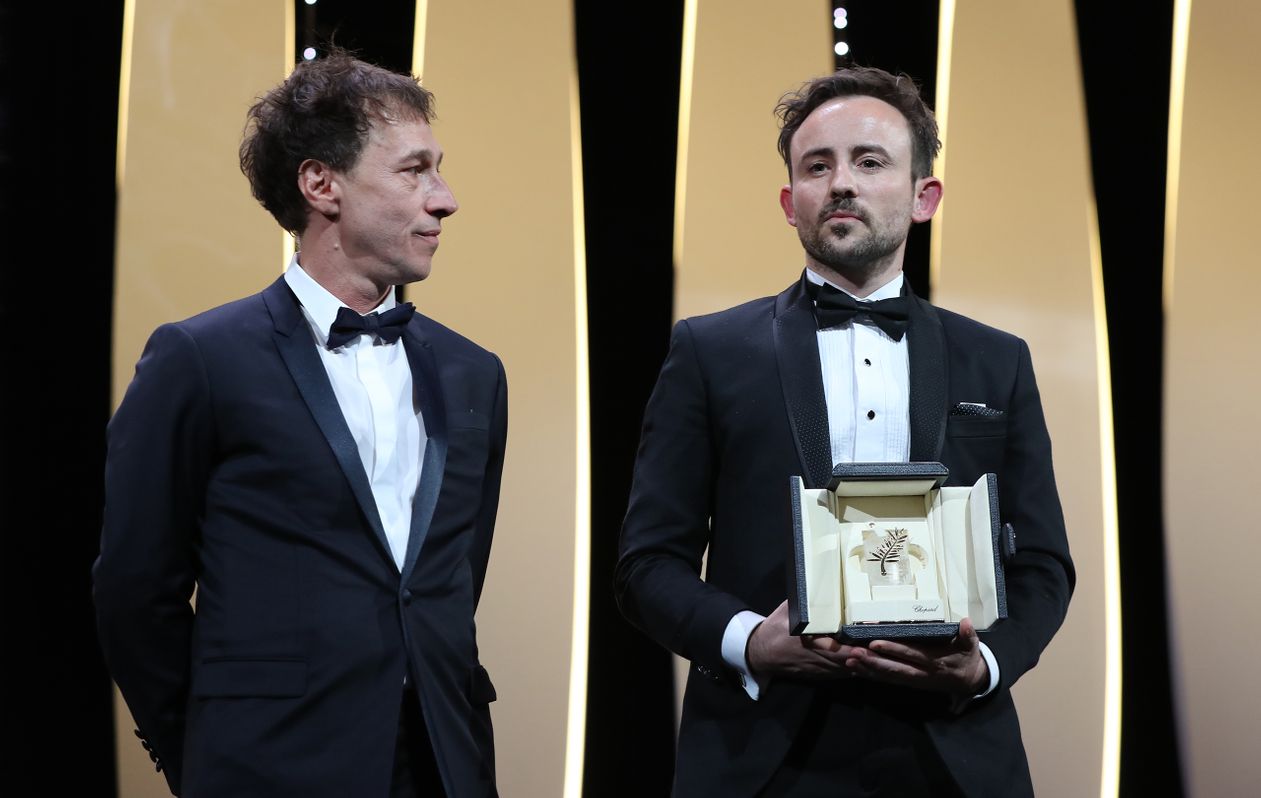 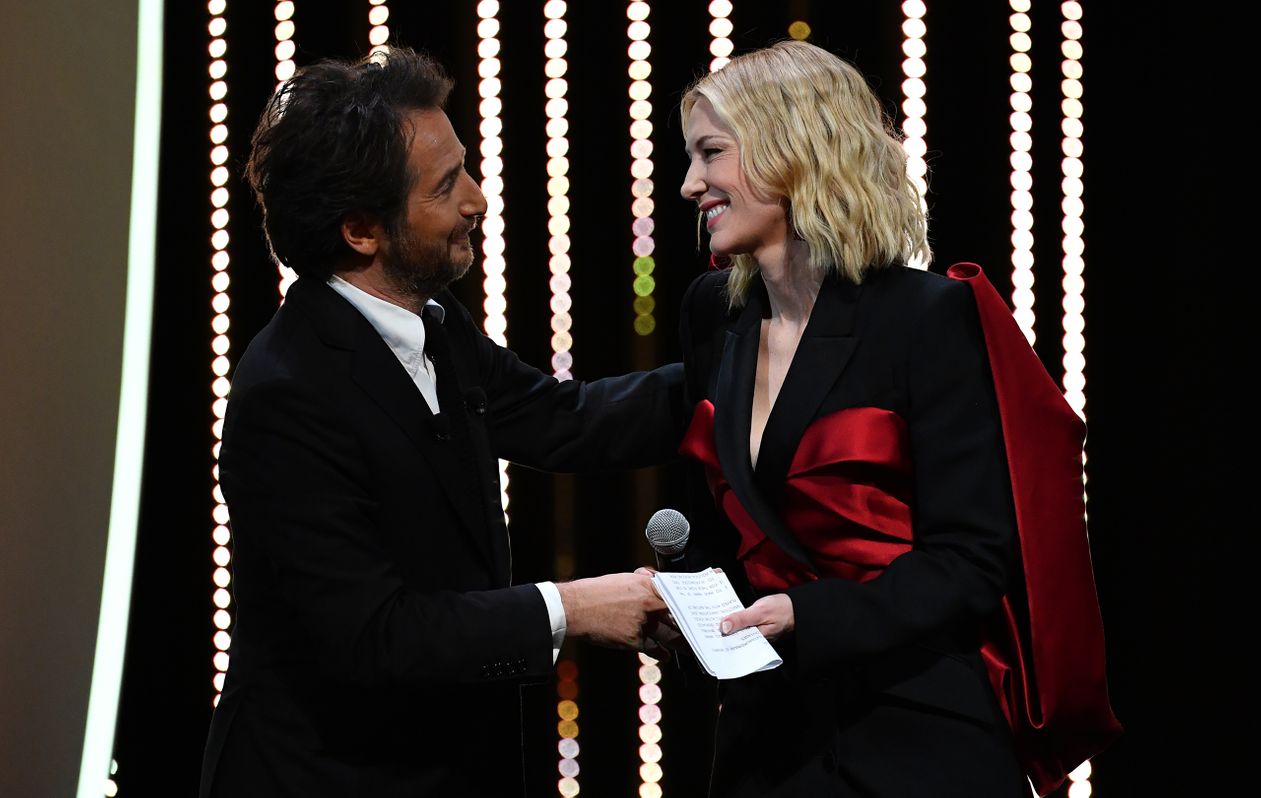 The curtain has come down on the 71st Festival de Cannes, which for the last 12 days has featured artists and films from all four corners of the globe. On stage at the Grand Théâtre Lumière, the Master of Ceremonies, Edouard Baer, welcomed the Feature Films Jury presided over by Cate Blanchett, for the announcement of the 2018 winners.

The Palme d'or was awarded by Cate Blanchett.

Hirokazu Kore-eda: "I have to admit my legs are a bit shaky. I'm delighted to be here and every time I come to Cannes, I tell myself that I receive courage. I feel hope. Hope that countries that are enemies can come together through film. So I'm going to accept that courage, that hope that I've just received. I'd like to share it with my whole team and the young directors who are just starting out and will give us so many beautiful films in future."

The Grand Prix was awarded by Benicio Del Toro and Chang Chen.

Spike Lee: "I would like to thank Thierry Frémaux, Pierre Lescure and all those who worked on this film, both in front of and behind the camera. I'm supposed to know what's going on in the United States, but I don't. My visions of the world? That we all love films!"

The Jury Prize was awarded by Gary Oldman and Léa Seydoux.

Nadine Labaki: "Thank you from the bottom of my heart from this unprecedented prize – for a little film made at home, with family. Childhood without love lies at the origin of evil in the world. I dedicate this prize to my actors, who opened up their lives to me. And to my country, which, despite everything you can criticise about it. argues as best it can, and has nevertheless taken in the greatest number of refugees in the world."

The Best Performance by an Actor Prize was awarded by Khadja Nin and Roberto Benigni.

Marcello Fonte: "I'd like to say a few words. When I was young at home, and it rained, I closed my eyes and thought I could hear applause. And that's what I can hear now. I am at home this evening. My family is the film world – it's you, it's Cannes. I thank you all and I thank Matteo Garrone for all he has done."

Pawel Pawlikowski: "Thank you to Thierry Frémaux and Pierre Lescure for having invited us to present this film. It's been a long time since a Polish film won an award here. I am feeling embarrassed because in front of me I have all the actors who suffered during the making the film. When we attended the screening of the film, we realised that their work had been tremendous. I want to thank my producer, who managed to produce an uncommercial film and helped my to craft it in a very free way. I dedicate this film to the Polish dramatist Janusz Głowacki who passed away recently. He embodied everything I aspire to: kindness and courage."

The Best Screenplay Prizes were awarded by Robert Guédiguian and Chiara Mastroianni.

Alice Rohrwacher: "Thank you Festival, thank you for having invited me and having presented this film. Thank you to the Jury who listened to what it had to say. Thank you above all to Adriano Tardiolo, Lazzaro, who agreed to embark on this adventure with me."

Jafar Panahi's daughter received the prize on behalf of her father, who thanked the President and every member of the Jury.  Jafar Panahi also regretted the absence of his friend, Abbas Kiarostami: "If he'd been here, we'd certainly have watched the Ceremony together."

The Best Performance by an Actress Prize was awarded Ava Duvernay and Asia Argento.

Samal Yeslyamova: "This is an unforgettable moment in my life. Huge thanks to Sergey Dvortsevoy."

An award for "An artist who takes cinema forward", explained President of the Jury Cate Blanchett. In the absence of the director, producer Mitra Farahani came to pick up this special award. "Oh God, Jean-Luc Godard! We'll be like the Three Kings bringing him this award, which will delight him." Édouard Baer jokingly replied: "But perhaps he won't appreciate being compared to Jesus!"

ALL THESE CREATURES directed by Charles WILLIAMS

Charles Williams declared hand on heart: "It's only a short film but being associated with this Festival is an immense privilege."

The Palme d'or and the Jury Special Mention for Shorts Films were awarded by the President of the Short Films and Cinéfondation Jury, Bertrand Bonello.

GIRL directed by Lukas DHONT presented as part of UN CERTAIN REGARD.

Lukas Dhont: "I want to thank all those around me during the making of this first film. And in particular I want to thank my producer, who believed in this project from the very beginning. I also want to dedicate this film to two people who were really important: Nora, who was the inspiration for the film and Viktor Polster, who played this role with such astonishing ease."

The CST Jury decided to award the 2018 VULCAN AWARD FOR THE BEST ARTIST-TECHNICIAN to: SHIN Joom-Hee, artistic director of BURNING for his exceptional contribution to the portrayal of his characters. 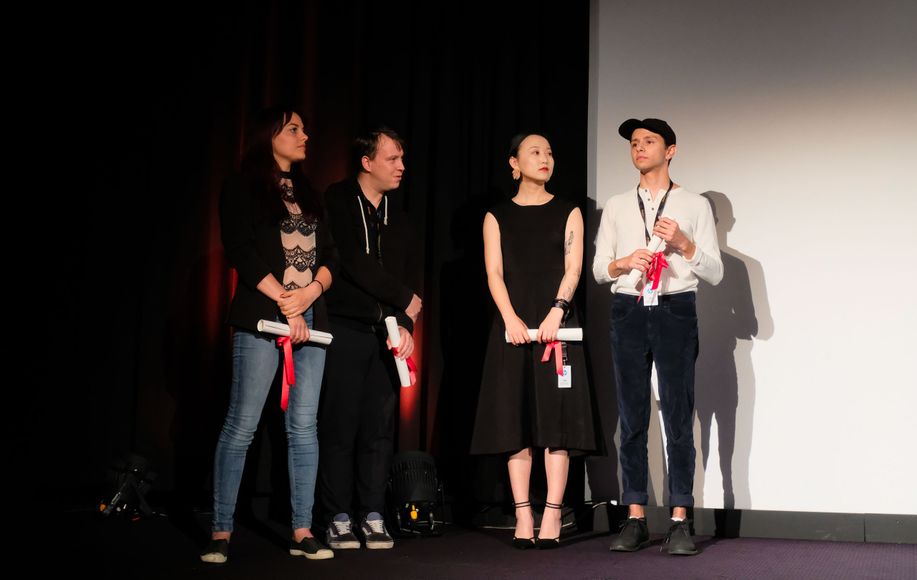 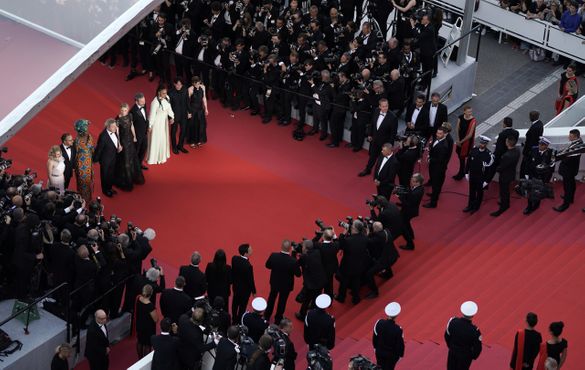 On the Red Carpet on May 19th 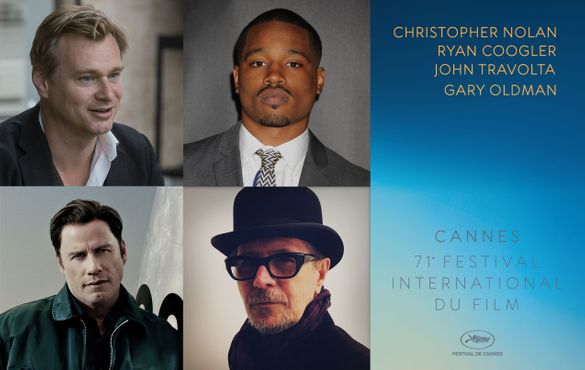 A look back at four remarkable Rendez-Vo... 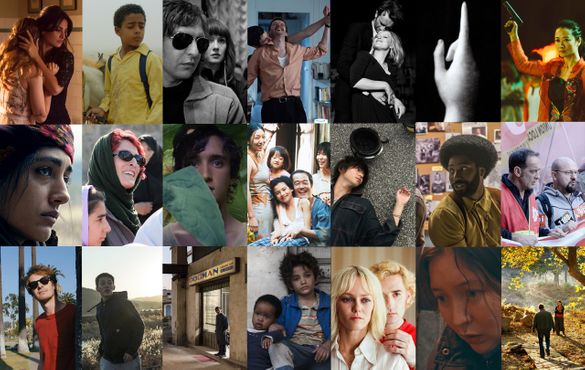 Saturday 19 May: relive the Competition,...

The curtain has come down on the 71st Festival de Cannes, which for the last 12 days has featured artists and films from all four corners of the globe. On stage at the Grand Théâtre Lumière, the Master of Ceremonies, Edouard Baer, welcomed the Feature Films Jury presided over by Cate Blanchett, for the announcement of the 2018 winners.