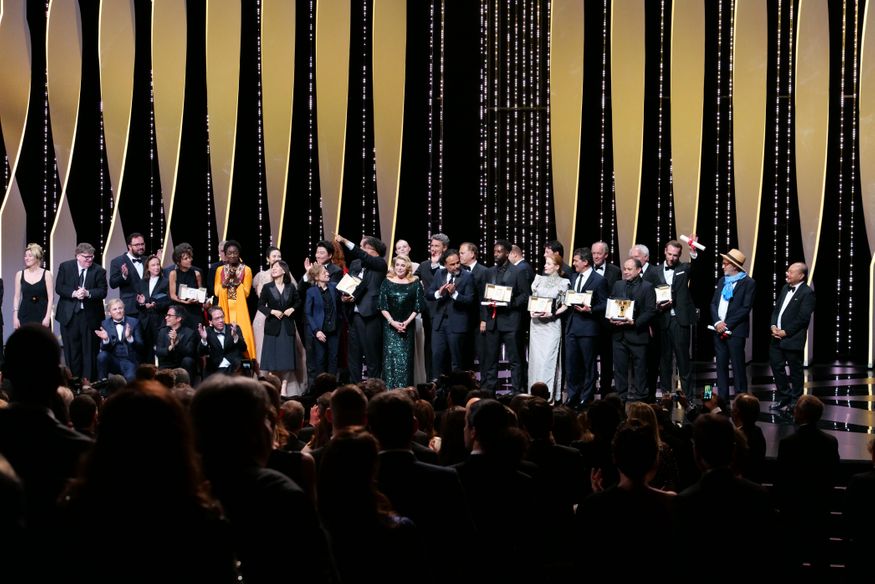 The winners of this 72nd Festival appeared before the press at the end of the Closing Ceremony to express their joy in having been awarded the prizes. A brief overview of the best moments.

Bong Joon-Ho, winner of the Palme d'or for Gisaengchung (Parasite):

At a press conference, I said that I was drawing in this film on a form of humour specific to South Korea. I was sure that not all spectators would understand, but I'm happy to see I was wrong. That's because this film is about a family story. I mix genres, it's my style, and that's why I'm even happiery to win this award. My influences for this film are Hitchcock, Chabrol, but also Kim Ki-Young, who directed Hanyo (The Housemaid). I don't think I'm the only Korean director with the ability to win such an award. I would like to be able to organize retrospectives to shine a spotlight on Korean cinema.

Mati Diop, winner of the Grand Prix with Atlantique (Atlantics):

I was overwhelmed by the situation. Seeing all the world's cinema greats in front of you and receiving this award is something else. This film goes way back. I've been carrying it within me for a long time. The subject is ambitious, it talks about a situation that seemed important to me and I wanted to talk about it. I was very surprised by the way it aroused people's emotions. I could feel how it affected them. It's a relief, a great opportunity. The shooting was very connected to reality, to the streets of Dakar. Unconsciously, I wanted to keep the documentary spirit of this film.

I'm very happy and proud. It's been an incredible adventure. We had been trying to edit this film for ten years. It was not easy to get funding. We had to fight for this and that's why we're happy. We have been "yellow jackets" in the suburbs for 20 years, claiming our rights and being subjected to police violence. The causes are the same, our struggle is the same.

Emily Beecham, winner of the Best Actress award for her role in Little Joe, by Jessica Hausner:

I had no idea what was going to happen when I walked up the stairs tonight. And then I was overwhelmed with emotions because it's my first prize. What I had to do for this role was challenging. As an actress, I had to be as open as possible. There's was something blocked in the character I played. We were very precise in the choreography of the shooting. We kept to a certain rhythm with the camera.

Antonio Banderas, winner of the Best Actor award for his role in Dolor Y Gloria (Pain and Glory) by Pedro Almodóvar:

It's an incredibly unique thing for me. I've been nominated for almost all the awards except the Oscars, but I never got to go up on stage. My cardiologist must have been stressed out sitting in front of his screen! Almodóvar? He is my mentor, I respect him a great deal. I wish he was here today. I thank him for these forty years of career and the eight films we made together.

It's slowly beginning to dawn on us that this film, which has been in the making for ten years, has received an award. It is a real honour. Especially since in Brazil, culture is managed by sad white men. We will continue to keep in direct touch with Brazilian reality. We are pleased that the film has been recognised as a genre film. Cinema in Brazil will be subject to severe budget cuts. This award comes at an important time when Brazilian cinema is being destroyed from the inside.

César Diaz, winner of the Caméra d'or with Nuestras Madres (Our Mothers):

Given the subject of the film, I needed to film while holding back. It was difficult because I was coming to the end of a process. We had a historical responsibility around this subject so we took great care over it. We had to create space for the spectator's emotions.

We never won this award before. We've dreamed about it. Directing is at the heart of the work we do. Cinema films life, the quivering of things, the little things that move and the movements of the body. We owe a great deal to our actor Idir Ben Addi. He has an innate sense of rhythm and rhythm is very important when it comes to directing. He had a lot of fun on the set. We shot an arrow, and Idir was that arrow, that we so obstinately tried to film. An actor is always a third, fourth, fifth director. Directing is about finding out how to live the inside of a character. 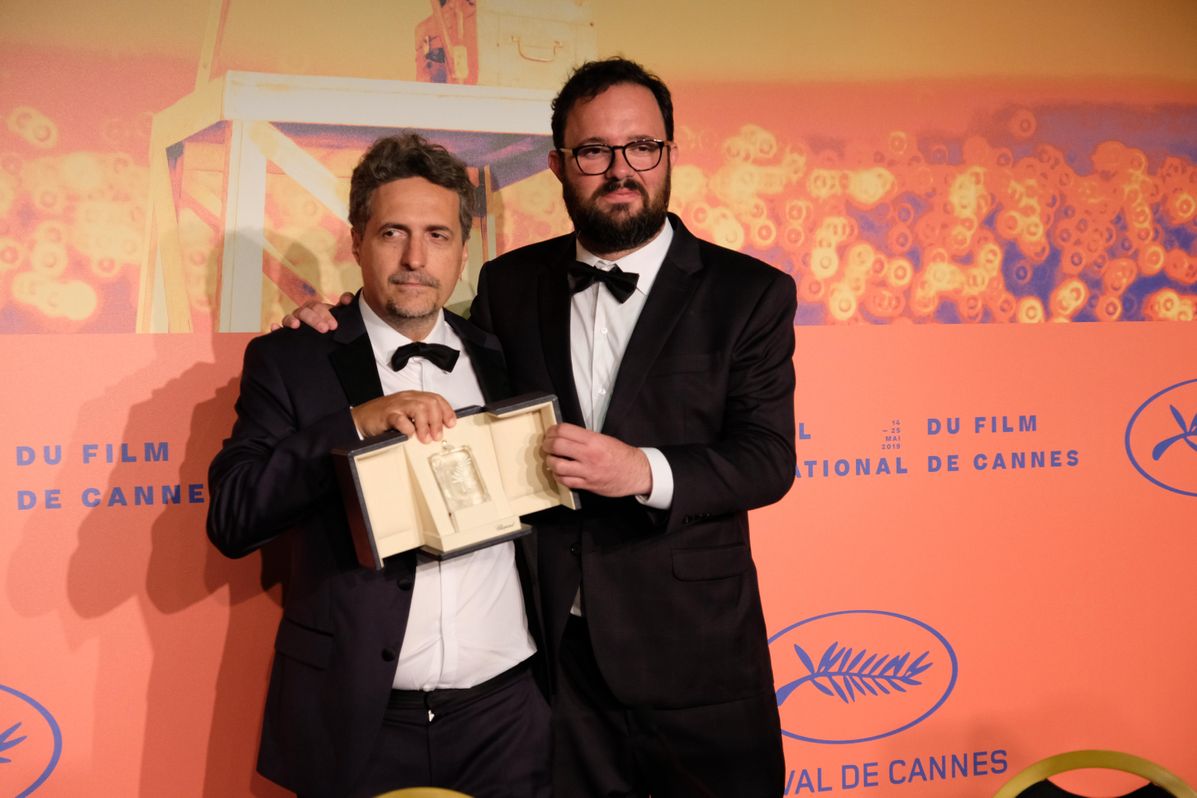 Meet the team of It Must Be Heaven by El...

The winners of this 72nd Festival appeared before the press at the end of the Closing Ceremony to express their joy in having been awarded the prizes. A brief overview of the best moments.