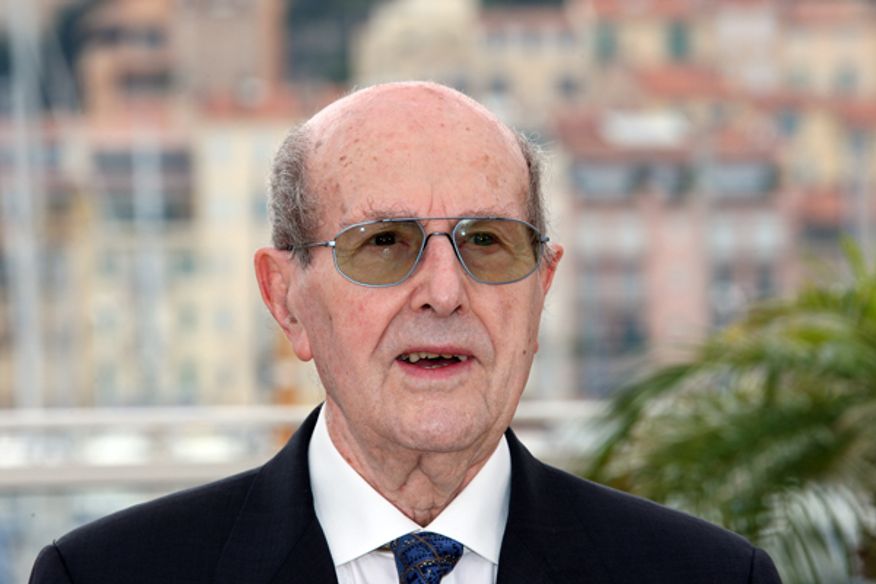 The Portuguese director Manoel de Oliveira, who recently celebrated his 100th birthday, received a lively acclaim from Gilles Jacob, who awarded him the Palme d’Or for his lifetime career achievement in film. The Grand Théâtre Lumière was packed with distinguished guests eager to witness the ceremony, a high point of the 61st Festival de Cannes: Sean Penn, President of the Jury, attended with certain members of his panel, including Jeanne Balibar, Natalie Portman, Alfonso Cuaron, Rachid Bouchareb, Marjane Satrapi, and Apichatpong Weerasethakul. Clint Eastwood, whose feature Changeling will be screening tomorrow in Competition, was also in the audience. The officials present included Ms. Christine Albanel, French Minister of Culture and Communication; Mr. José Manuel Barroso, President of the European Commission; the European Ministers of Culture, and Mr. João Bénard Da Costa, Director of the Portuguese Film Library.

After his short film, A Day in the Life of Manoel de Oliveira was screened, Gilles Jacob read a personal letter, thanking and praising the director for his contribution to the Seventh Art:

"Dear Manoel,
There's a story about you I just love. Supposedly, you said, "I've been lying about my age. I'm not one hundred years old; I'm three years older than that." If it's true, I say, hats off to you; if it's not true, it's even more delightful. In any case, it augurs well for this portrait of the artist as a young man. The world's great directors cringe before the deluge of interpretations that the exegetes rain down upon their oeuvre You, my dear friend, will not contradict me, I'm sure. Having begun making films before the advent of sound, you know the sweet price of silence. And you are also, in a way, the last of the pioneers. Indeed, the œuvre of the great cineastes is marked by its openness: to the world, to space, to time, and to the person, as well, and therefore to tranquility... You structure each of your films in opposition to the preceding one, a little game that makes you the most playful of directors. You have no fear of placing yourself in danger and, yet, it never fails: like the high-jumper you once were, you sail over the obstacle, the bar doesn't fall, you succeed. A mystery of freshness and vitality, you amaze us; we are in awe of you, even. You are always unpredictable. Your films, swimming in magnificent light and splendid women, need no explanations. One of your titles sums them up perfectly: The Uncertainty Principle. Strange and sublime metamorphoses recur in your work; changements à vue, as they say in theater, changes in plain sight. This change in plain sight is coming over your face now: your eyes are sparkling with enjoyment, vitality, and the youthfulness of your soul. The thing is, your legendary modesty shrinks from having people talk about either you or your work. Too bad, dear Manoel, let me say this, and for a second, I shall be a bit serious. Too bad if I vex you, you who are the quintessence of cinéma d'auteur, as all lovers of the style will agree. There are certain figures in the history of art, creators who, for a time, embody the soul of a people, are emblematic of an entire country. Such artists are a boon to their countrymen, a blessing for the land. From the 1950s to the 1970s, Italy suffered the fate of having fifteen geniuses in practice. Fine, but what then? In Spain, the opposite was true, and without going back to the great Cervantes in literature, the role was played by Buñuel, followed by Almodóvar. And that was fine. In Portugal, there was Pessoa, but then there is also you. Please excuse me. I'll cite one single example of the Oliveira Touch. It's in I'm Going Home, with the great Michel Piccoli. Remember, every morning, his character goes to the same Paris café, sits down at the same table, and orders a cup of coffee, which he drinks as he reads Le Figaro. Then he leaves. Almost as soon as he gets up, another customer comes in, rushes to the same table, and reads Libération. Another day, after Piccoli is gone, the Libération reader hurries in as usual, but the table is already taken by another regular, who is riveted to Le Monde. What is it about this enchanted table that attracts such a varied sample of the daily press? ...The only thing one can be certain of is that there's no explanation. That's just the way it is. But the very fact that we asked ourselves all these questions, and smiled, is a revelation of our whole universe, my dear Manoel, and, in this representation, of the entire history of humanity. As I remarked before, you've been making films for quite a while. For sheer taste, your work invents, foretells, and accompanies the panorama of the history of cinema. And it is on these highly symbolic grounds, but because you are you – that is to say, a righteous man – that we are now going to award you the Palme d’Or. Not in honor of your seniority – heaven forbid! – but for the esteem and especially the admiration you inspire. Admiration for you as a filmmaker and as a man. In this particular case, they can never be separated. Take good care of yourself!

Manoel de Oliveira, quite moved by the homage, thanked the entire profession: I am very touched by this Palme d’Or which I am finally receiving. I am enormously pleased to receive it this way, because I don't especially like competition – that is, competing against my colleagues. This is the best way to receive a prize.
Mr. José Manuel Barroso, President of the European Commission; Ms. Christine Albanel, Minister of Culture; His Excellency António Monteiro, Portuguese Ambassador to France, representing the Minister of Culture of Portugal, dear Gilles Jacob, Thierry Frémaux, dear fellow directors, technicians, and actors, dear journalists and critics, dear audiences. First of all, please let me thank from the bottom of my heart this ever-youthful Festival de Cannes for the generous tribute which was such an honor to me.
Here I am, in my hundredth year. For seventy-eight years, I have devoted myself to this passion which unites all of us: cinema. It is my turn to praise all the ladies and gentlemen thanks to whom cinema exists, is appreciated, and preserved.
In the first place, the directors: those here in the audience tonight, but also all the filmmakers working in the four corners of the world. Secondly, I would like to salute the memory of the unforgettable Henri Langlois, founder of the Cinémathèque Française, the first of all film archives. These are the shrines where the memory of cinema is preserved, where cinema can be discovered and studied.
I would like to congratulate all the institutions and public or private agencies which work on the recovery and conservation of films, to enable them to go on living.
Lastly, I shall recall the fundamental role festivals have played in my life. Speaking of how difficult it is to diffuse one's films, Fellini allegedly complained, "We make airplanes, but we don't have an airport." Permit me to correct the Maestro: We do have the airports; they are film festivals, and the Festival de Cannes is one of the most beautiful. Let me end by telling you a little secret: I grew throughout a whole century, alongside cinema, and today I am certain that cinema is what made me grow. Thank you very much, everyone, and long live cinema!

The homage ended with a screening of Manoel de Oliveira's first short film, Labor on the Douro River. 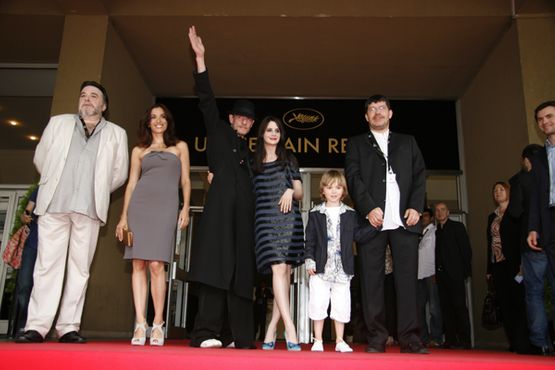 Un Certain Regard: "Versailles" by Pierr... 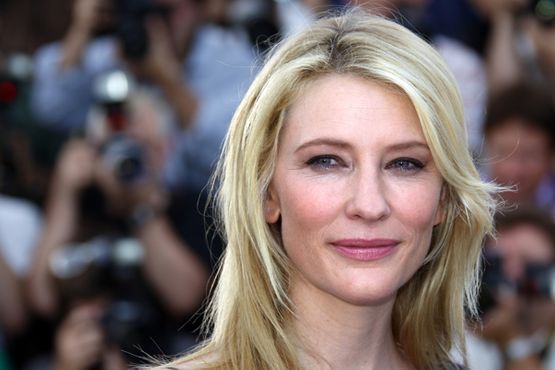