After Depuis qu’Otar est parti (Since Otar Left) (2003) and The Tree (2010), Julie Bertuccelli made the documentary Jane Campion, la femme cinéma (Jane Campion, The Cinema Woman), an amazing portrait of the female director, presented in Cannes Classics. The French filmmaker uses a great deal of archival footage and images to retrace the exceptional career of the New Zealand director and, in passing, examines the difficulties in creating.

Jane Campion is one of my favorite directors. I've wanted to do a film about her for a long time, so when Arte offered it to me, I was more than happy to dive right in. I spent almost two years working, during the lockdown. There were about a hundred interview rushes, and we had to travel the world to find the archives and excerpts from her films, making-ofs, masterclasses, press conferences, etc. Véronique Nowak, an amazing documentalist, found these archives. We had quite extraordinary material, which we then had to carefully weave together. I really liked the idea that the interviews used were from different periods in her life so that we could see the evolution of her discourse, and how she has changed and matured. And, since I didn't really want there to be any commentary, there was a path that needed to be woven through her work and life. This was really difficult.

What is the documentary's point of view ?

It's also a documentary about the directing profession as well as the director herself. Her career trajectory as a woman, via themes that lead us from one film to the next, and a real in-depth look into this profession, which is also my own. And by proxy, I also say a lot about my own relationship with cinema. Without attempting to make comparisons, I have a lot of things in common with her in terms of envisioning this profession, the writing, directing actors, the difficult and vulnerable nature of inspiration, and how all this is managed.

I also love dissecting the key times in her life, the triggering moments. How she decided to put herself at risk one day, when she was about 25: "I have to follow through, to see what I'm capable of ". She went to film school, and it was interesting to see how she found her place there. The professors didn't like her films, but she didn't feel the pressure; she trusted herself. She followed her own path; there are fewer expectations when you are a woman, so this provides you with more room to freely express yourself. For younger people, it's also a beautiful message for learning how to understand her unique side.

Is this a film about feminism ?

She hasn't made it the main fight in her life, but her films do speak of femininity, and she talks a lot about it herself during the different festivals. And that has also been one of her great battles. It's such a talent. And because her films are so brilliant, doors opened for her. For a long time, she was the only female director to have won the Palme d'or, with La leçon de Piano (The Piano) in 1993 (along with a tie!), and her previous Palme d’or for her short film Peel in 1986. She was the second woman to receive an Oscar (The Power of the Dog, 2021) after Kathryn Bigelow. Although her career achievements are already a lesson for us, she was always the only one, and for a time there, we didn't even realize it. It's a wonderful mirror reflecting the limits of equality in cinema. 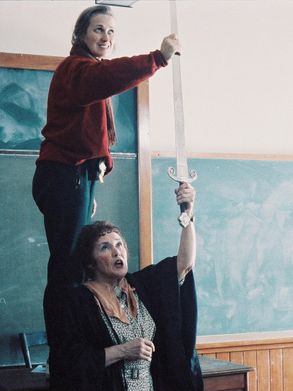 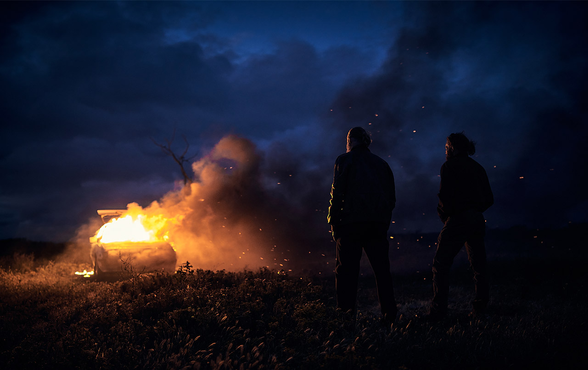 The Stranger as seen by Thomas M Wright 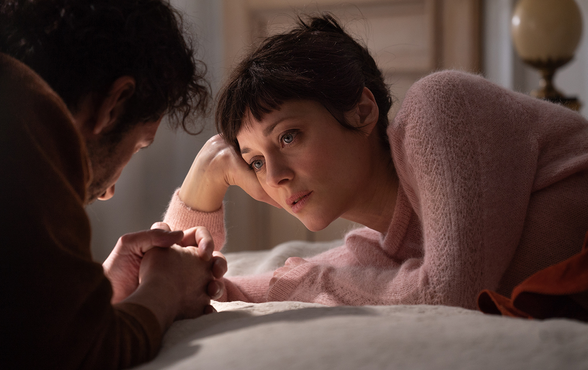 Marion Cotillard and Melvil Poupaud in B... Meeting the team of Jerzy Skolimowski's...