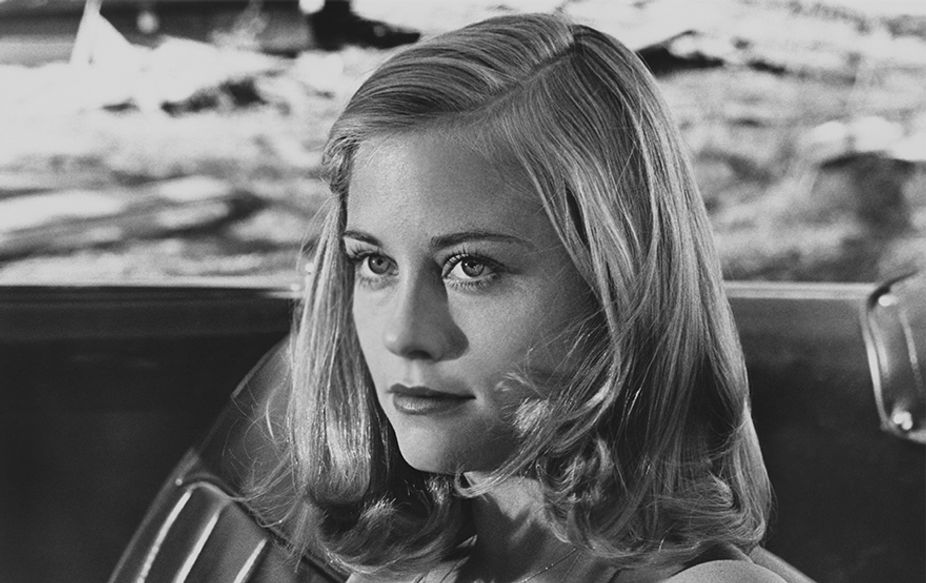 Every evening at 9.30, the cinema welcomes passers-by and festival-goers to the beach near the Grand Théâtre Lumière after dark. On the big open-air screen this year: anniversary celebrations of legendary films, tributes to landmark movies, action, humour, previews and fabulous entertainment, not to mention a giant karaoke!

A group of 1950s high schoolers come of age in a bleak, isolated, atrophied West Texas town that is slowly dying, both culturally and economically.

As well as being the perfect title to close the Cinéma de la Plage 2022, this is a touching story of the lost youth of rural America. It's also a tribute to Peter Bogdanovich, the great Bodga, who passed away at the beginning of this year: lover of the cinema, actor, director and totally devoted to the seventh art.

Truman Burbank leads a quiet, happy life in his little bungalow in the seaside resort of Seahaven. He sets off every morning for his office at the insurance company and returns eight hours later to enjoy the comfort of his model home and the unfailing good humour and fixed smile of his wife, Meryl. But sometimes Truman feels he is suffocating under so much happiness; at night, anxiety overwhelms him. He feels increasingly alienated, as though the people around him were just playing roles. He has the feeling he is being watched.

It can't have escaped your notice that the official poster for the 75th Festival pays tribute to this still-current, cult science fiction film, staring the inimitable Jim Carrey. This is your chance to discover or revisit The Truman Show in a restored version.

This is Spinal Tap follows the fading fortunes of a fictional ageing metal band trying to recapture its past glories. This pitch-perfect spoof rockumentary unveils the group's complicated history of ups and downs through recording sessions, backstage moments, gold albums, constant name changes and undersold concert dates. We meet a whole host of colourful characters that surround them, including groupies, promoters, hangers-on and historians, adding a further touch of realism to band's surreal adventures.

Because it's a cult comedy, and a treat for the ears as well! Not only that, the director, Rob Reiner, will be there on the Plage Macé to introduce the film.

In 1766, something terrifying stalked the mountains of south-western France: a beast that preyed on humans and animals with a terrible ferocity. It became so notorious that the King dispatched envoys to investigate and kill the creature. The Beast of Gevaudan would eventually kill more than 100 people, but to this day no one is sure what it was: wolf, hyena, or something supernatural? The Beast is a popular myth in France to this day, but was little-known in the rest of the world, until this film was made, that is...

Because it's enjoying a new lease of life on its 20th anniversary thanks to a 4K Dolby Atmos restored copy. The perfect opportunity to rediscover this masterpiece, which is as beautiful as it is mysterious, complete with reworked special effects. The director will introduce this showing, along with the actor Samuel Le Bihan.

When Stalin offers amnesty and a chance to rebuild the country to all exiled Russians in 1946, Alexei Golovine answers the call and returns to his native country from France with his French wife Marie and son Serioja. As soon as they arrive in Odessa, they are faced with an awful reality. Many of their companions are deported or executed. Alexei and his family are safe, but only because as a young doctor, the authorities know they might need him.

Because this is our way of showing our support to the Ukrainian people in their hour of suffering and resistance. Régis Wargnier shot this romantic drama in Kyiv and Bulgaria. He also kept a diary throughout the shoot, recording all the ups and downs he faced while filming. The director will be present at the screening on the beach.

The Godfather by Francis Ford Coppola (1972)

The story of the almighty Corleone family and their patriarch, Don Corleone, the kingpin of the New York mafia.

Do you really need convincing? In the year the legendary saga blows out its fiftieth birthday candle and the Motion Picture Association celebrates its centenary, you may have already seen it at least once. But did you know Sofia Coppola was in it? Here's a clue: she's a baby.

Normandy, 1944. Albert vows never to drink again if he and his wife survive the war... As a reformed alcoholic, he must now face the difficulty of keeping his promise. Soon after the war, Albert meets young Gabriel, a heavy drinker who is conflicted about reconciling with his young daughter. Albert decides to help Gabriel by taking off with him on one last nostalgic drinking binge. With madcap, chaotic results.

Because of Jean Gabin and Jean-Paul Belmondo and because of Michel Audiard's dialogue. And to think that this film almost didn't see the light of day! This was due to the alcohol which is very visible and consumed copiously throughout the film. It nearly earned the film a ban from the Ministry of Health. Sixty years on, A monkey in winter is still going and will be introduced at the beach this evening by the CEO of Gaumont, Nicolas Seydoux.

The social mix of a school in the tough Parisian banlieue is threatened by the establishment of a new boho-eco establishment nearby. Zahia joins forces with dynamic young teacher Marion to save the school by creating the banlieue's first "green school".

Because this is a worldwide preview, open to everyone. This sweet comedy was made by Carine May and Hakim Zouhani, who previously worked together on Rue des cités, released in 2013. This evening they will be joined by Anaïde Rozam, Sérigne M’Baye, Gilbert Melki, Sébastien Chassagne and Raphaël Quenard.

Strictly Ballroom (1992) was the award-winning debut feature film of internationally acclaimed Australian director Baz Luhrman and the first in his Red Curtain trilogy. Scott Hastings (Paul Mercurio) is a ballroom dancer with innovative steps and a penchant for breaking the rules. His impulsive behaviour on the dance floor causes him to lose his Waratah Championship partner Liz Holt (Gia Carides). Fran (Tara Morice) from the beginners' class and waiting in the wings, offers to be Scott's new partner. They set off on a journey to prove the judges wrong and to dance their own steps at the Pan-Pacific Grand Prix Championships.

A romantic comedy masquerading as a docu-drama, the film has it all: drama, comedy, colour, movement, music, dancing and an astounding visual aesthetic, which became the recognisable feature of Bazmark productions.

Because it's the first feature film by Baz Luhrman, who is showing Elvis this year in the Official Selection. Strictly Ballroom is also the first of the Red Curtain Trilogy, which was completed by Romeo and Juliette and Moulin Rouge. He will introduce his film on the beach.

March 2002: the singer Christophe is back on stage after an absence of 28 years. An adoring camera captures words, sounds, colours and moments. Christophe...Definitively is a film in suspension, constructed like an ideal concert. It transports the viewer from stage to stage, then backstage and to Christophe's home studio and apartment where the passions, talismans and treasures gathered over the years are displayed, and where his music originated.

Because the singer is much missed on the French music scene since his death in 2020. This film is a chance to dive back in to the very special world of this hypersensitive artist, this night-owl of a poet and outstanding cinephile. Ange Leccia and Dominique Gonzalez-Foerster will be present at this tribute at the beach.

The musical theme of the evening continues with a giant karaoke session led by Aline Afanoukoé and organised by ARTE to mark their 30th anniversary.

E.T. the extra-terrestrial by Steven Spielberg (1982)

The story of E.T. the extra-terrestrial and Elliott.

Because E.T. is the ultimate return to childhood and innocence. It's also a return home, because here at Cannes, it is 40 years to the day that Steven Spielberg first presented what would become an iconic film for generations to come.

To escape his arranged marriage to a farmer's daughter, Fanfan runs away to Paris to join the army after Adeline, a seer, predicts that he will have a brilliant future and marry the daughter of the King of France, Henriette.

Because it's no accident that the film won the Best Director prize in 1952. There is an unforgettable rooftop duel, shot without special effects, three storeys and 12 metres up. There is also unforgettable score from Gérard Philipe, who would have been 100 years old this year and to whom the Festival is also paying tribute with the screening at Cannes Classics Patrick Jeudy : Gérard Philipe, le dernier hiver du Cid. 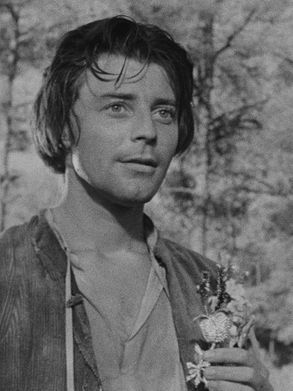 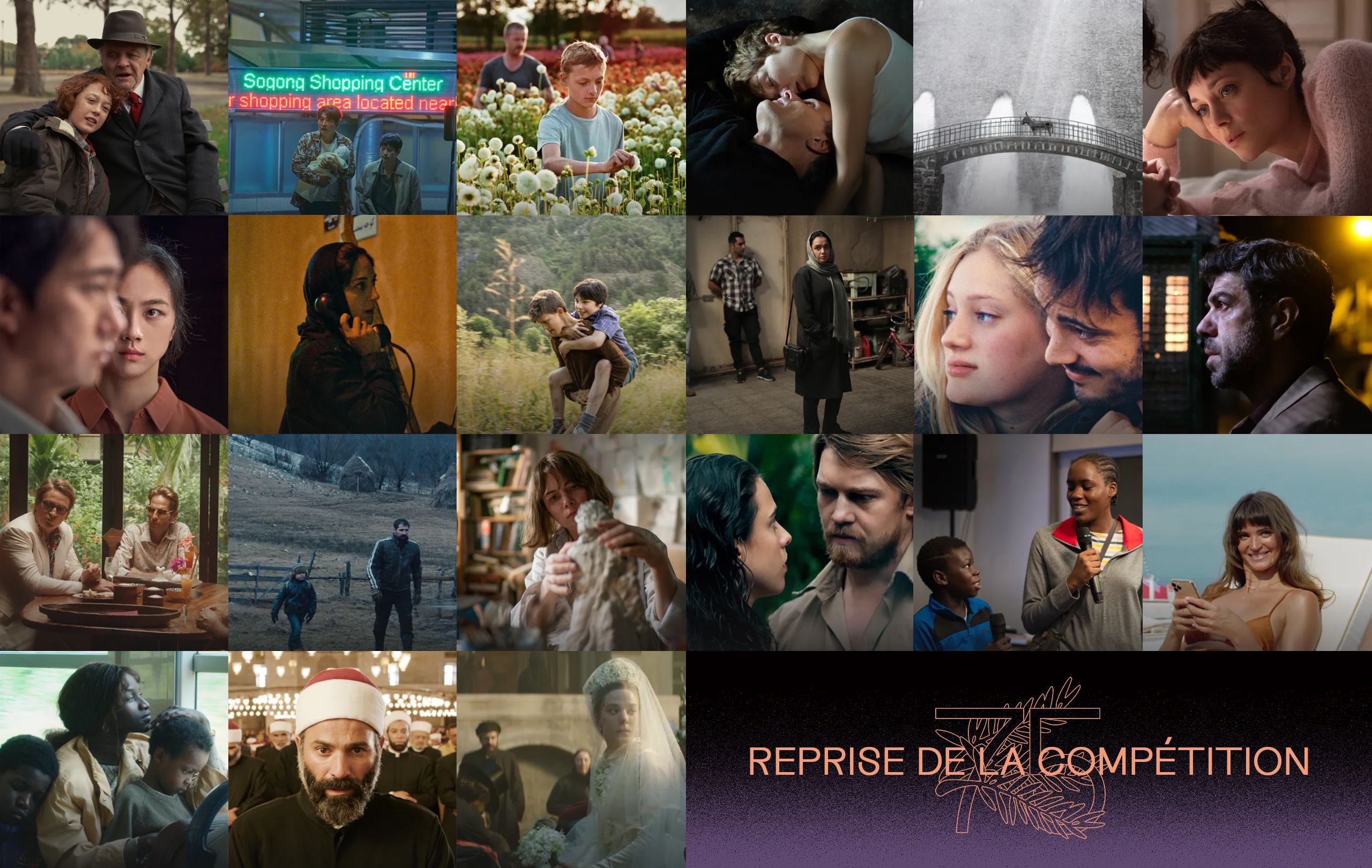 Saturday 28 May, the Competition films r... 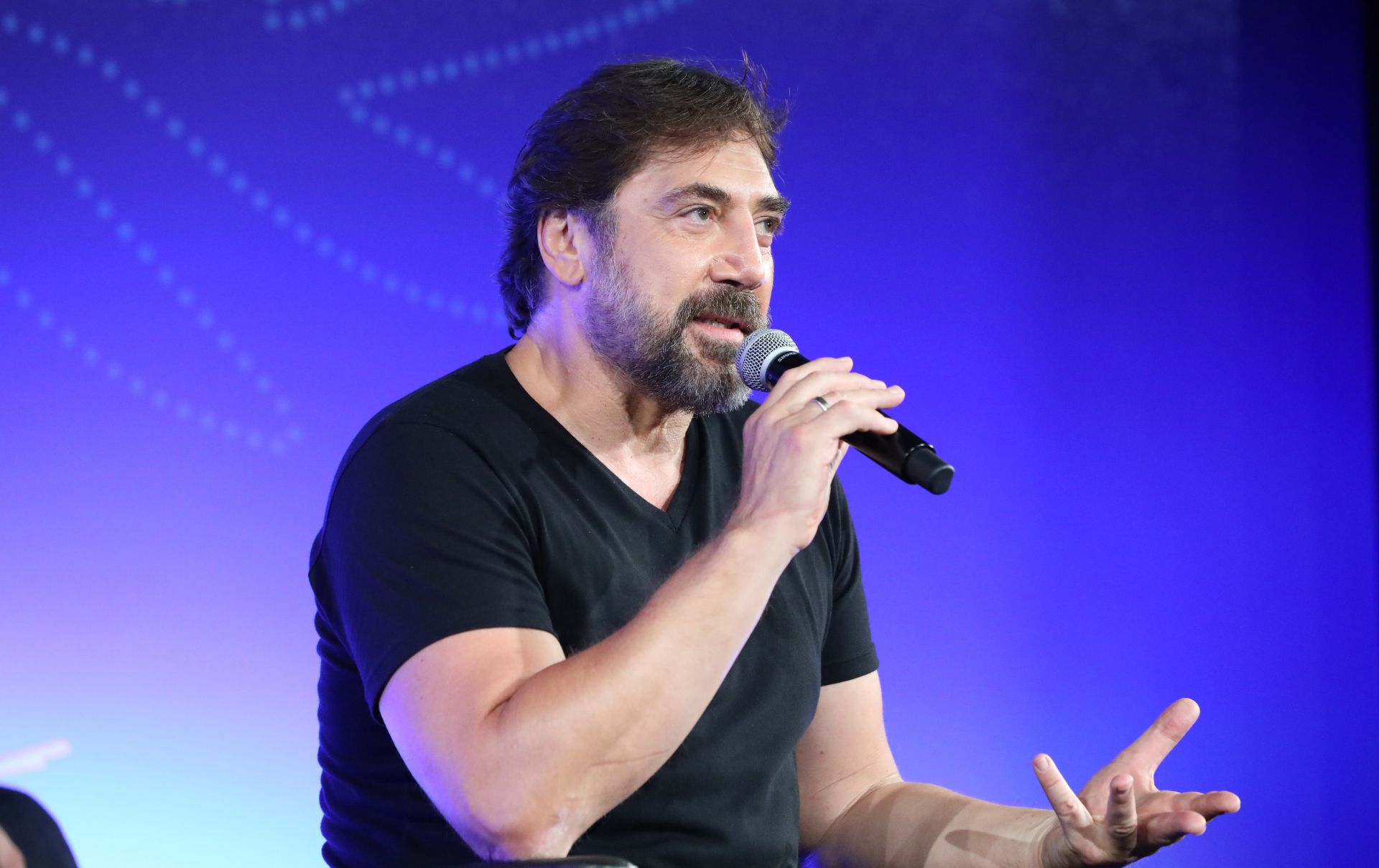 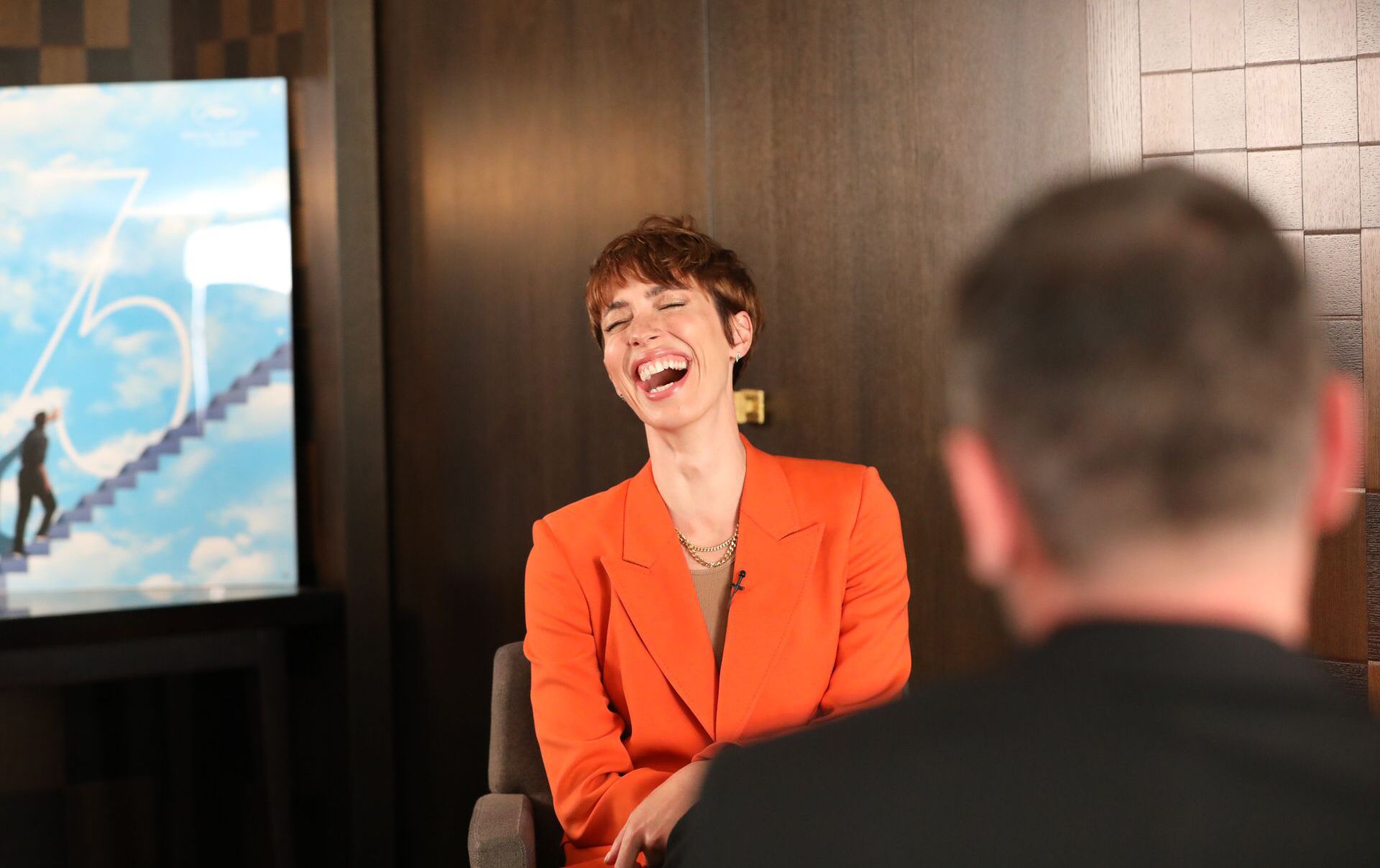 Every evening at 9.30, the cinema welcomes passers-by and festival-goers to the beach near the Grand Théâtre Lumière after dark. On the big open-air screen this year: anniversary celebrations of legendary films, tributes to landmark movies, action, humour, previews and fabulous entertainment, not to mention a giant karaoke!