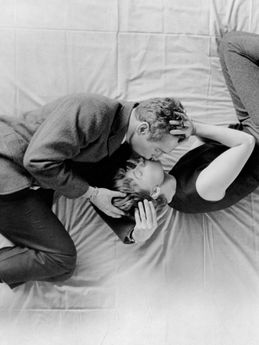 Chapter Three - THE LEGEND OF Paul Leonard Newman
There are many famous actors, but very few have scaled the epic heights of the cinematic stratosphere like Paul Newman. With the successes of COOL HAND LUKE, HOMBRE, HARPER, BUTCH CASSIDY AND THE SUNDANCE KID, Paul arrives at a "Beatle-like" celebrity, representing the very best of what screen acting can be. His newfound fame goes hand in hand with personal challenges that begin to erupt on the surface. Meanwhile, after Joanne's semi-retirement for years, her career and their romance are lit anew, as they take their own money - with Paul directing Joanne - and make RACHEL, RACHEL.
It's an early example of American independent film at its finest.

Chapter Four - PAYING THE PRICE
Be careful of what you wish for: the price of Paul's stardom becomes more apparent. He feels a great responsibility to use his power to promote justice and becomes extremely political - campaigning for Senator McCarthy and advocating for many social causes. Joanne, similarly civic-minded, embarks on a life-long journey championing causes close to her heart. However, the family is beset with trouble as their oldest son Scott continues to act out. Joanne and Paul act together in WINNING, a huge commercial success. Soon after that highwater mark, they produce and act together in the provocative political film, WUSA, which is met with failure. Their marriage is rocked by Paul's alcoholism and rumors of affairs. Again, Paul directs Joanne in one of her greatest performances, THE EFFECT OF GAMMA RAYS ON MAN-IN-THE-MOON MARIGOLDS... but at what cost? Romy Schneider has been with us for so long that it seems like we have always known her. She left men and countries to start her life all over again numerous times. She got the roles she wanted, attracting the attention of the greatest filmmakers of her time. Beyond the movie star that she became, this documentary reminds us that Romy was first and foremost a free woman, who was forever moving forwards. 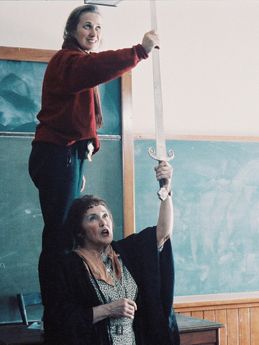 A pioneer among filmmakers, JANE CAMPION remains the first woman to have won the Palme d’Or at Cannes, for The Piano. In 40 years of work, she has carved out a unique place for herself in the very masculine pantheon of cinema. A visual and iconoclastic director, a subtle portraitist of the human soul and women, Jane Campion is also a furtive filmmaker, at once discreet and whimsical, gentle and impertinent, and at times misunderstood. For the first time, filmmaker JULIE BERTUCCELLI draws the portrait she deserves, in a film that is unapologetically subjective and offbeat, very much mirroring Jane’s own trailblazing journey in cinema and life. 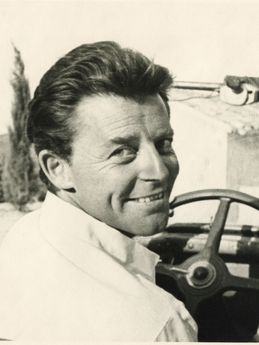 November the 25th, 1959. Gérard Philipe, 37 years old, has just died from an illness he didn’t know the existence of. In the hours following his passing, an anonymous, compact, and colorful crowd converges onto his home, in order to pay their respects. Gérard Philipe didn’t just settle for being the greatest actor of his generation. He was also an activist, who fought in many defining social conflicts of his time: he was an FFI resistant, fought against the atomic bomb and campaigned for peace in the middle of the Cold War, was a fierce defendant of culture at the TNP, campaigned for widespread education. In 2022, this documentary built on a series of flashbacks composed of archive images, directed by Patrick Jeudy and adapted from Jérôme Garcin’s novel, will be one of the highlights of Gerard Philipe’s 100th birthday anniversary. 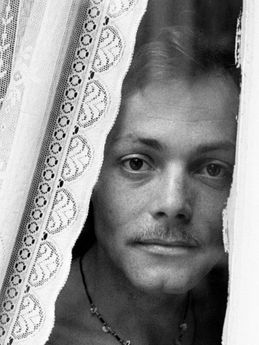 With “Les Valseuses” (Going Places) in 1974 with Gérard Depardieu, the public discovered the future icon of French cinema: Patrick Dewaere. A James Dean with a meteoric film career – “Coup de tête” (Hothead), “Série noire”, “Préparez vos mouchoirs” (Get Out Your Hankerchiefs), he committed suicide at age 35. This film reveals the real Patrick Dewaere: raped as a child, pulled out of school by a mother who forces him to become an actor, a teenager estranged from his family and society. A unique destiny blurring boundaries between the cinema and personal ordeals. Upon the 40th anniversary of his death, hommage will be paid to the legendary actor by his daughter Lola Dewaere, and the unique accounts of Bertrand Blier, Jean-Jacques Annaud, Claude Lelouch, Francis Huster and Brigitte Fossey. 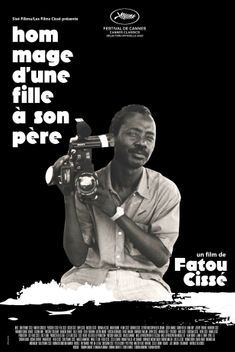 Through the stories of his political fights and relations to others, this movie depicts the childhood, adolescence and film career of Malian director Souleymane Cissé. 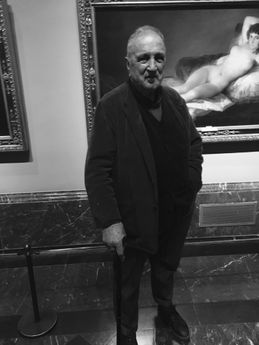 ( GOYA, CARRIERE AND THE GHOST OF BUNUEL )

In his last journey, screenwriter Jean Claude Carriere returns to Spain and talks to us about the painter Francisco de Goya, that he always admired and o whom he dedicated a film, “The Ghosts of Goya” with Milos Forman.
Very quickly, personal memories come up. Buñuel and surrealism obviously, but also how Goya anticipated modernism, not only in the pictorial sense but also on the topics covered: wars, migrants, disability (Goya was deaf), the ''little people'' and above all, the stigmata of a mad world. Goya who, as Malraux said, is the last of the Classics and the first of the Moderns. Travelling to Goya’s key places, diving into his abundant work, the filmmaker José Luis López-Linares (Bosch: The Garden of Dreams) and Jean-Claude Carriere (one of the most prolific screentwriters of all times (Belle de Jour, That Obscure Object of Desire, Valmont, At Eternity’s Gate) invite us to a journey into human genius. 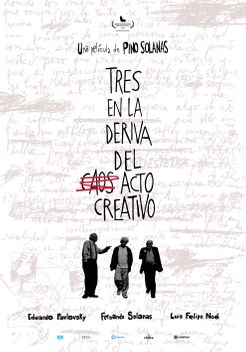 ( THREE IN THE DRIFT OF THE CREATIVE ACT )

This movie is born from the meeting between three old friends, icons of latino culture: the painter Luis Felipe Noé, "Yuyo", the playwriter and actor Eduardo "Tato" Pavlovsky, and the cinematographer Fernando "Pino" Solanas. At the behest of Solanas, their sons Gaspard Noé and Juan Solanas, both directors, were urged to pick-up cameras and film their fathers interactions. None of them knew that the images they produced would become a documentary on the process of creation itself. The discussion starts around a glass of wine, and between jokes and anecdotes, each artist starts to share their creative process, all of them then remarking on the similarities and differences between their methods. Always open, at the cusp between styles and genres, this movie reflects a modern south-american esthetic.