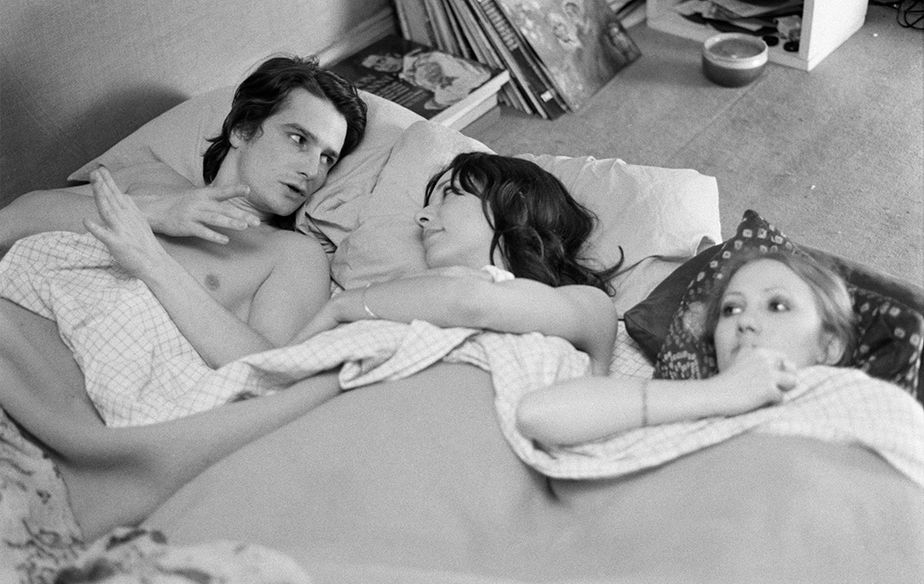 Jean Eustache’s The Mother and the Whore © Bernard Prim

Jean Eustache’s The Mother and the Whore as grand opening to Cannes Classics, two episodes of Ethan Hawke’s event series on Joanne Woodward and Paul Newman, a tribute to Gérard Philipe, Patrick Dewaere being gone for 40 years, one last conversation with Jean-Claude Carrière, the Cinemateca Brasileira and Glauber Rocha, Pilipino director Mike De Leon, Arrabal the poet, a Czech new wave masterpiece, a close-up on Romy Schneider, one last goodbye to Fernando Solanas, a salute to Souleyman Cissé from his daughter.

There will also be India as Country of Honor, The Film Foundation and the World Cinema Project, an homage to Indian Cinema, the 70th anniversary of Singin’ In The Rain, Orson Welles and Kafka, a continuation of Vittorio movie restorations, De Sicca and Duvivier’s timeless classics, Robbie Robertson’s The Band for their last show. And a last a double Olympic feature with the official film of the Olympic Games in Munich in 1972 directed by 8 directors from the whole world and the one presented as world premiere of the Olympic Games in Tokyo directed by Naomi Kawase.

The Mother and the Whore back in the theater!

50 years after it began filming, The Mother and the Whore’s rerelease World Premier will happen May the 17th at 2 pm in Salle Debussy, in the presence of François Lebrun, Jean-Pierre Léaud and Boris Eustache. Winner of the Grand Prix du Jury presided by actress Ingrid Bergmann in 1973 and winner of the Prix de la Critique, this movie caused riots at the time. Rarely seen, The Mother and the Whore will once again grace French theaters June 8th, before the rerelease of Jean Eustache’s entire body of work, slated in 2023.

La Maman et la putain (The Mother and the Whore)
Jean Eustache
1972, 3h40, France
4K digital restoration of The Mother and the Whore was done in 2022 by Les Films du Losange, with backing from the CNC and participation from the Cinémathèque Suisse. Image restoration was done by Immagine Ritrovata Laboratories, supervised by Jacques Besse and Boris Eustache. Sound restoration was provided by Léon Rousseau of L.E. Diapason.
Screening in the presence of Françoise Lebrun, Jean-Pierre Léaud, Boris Eustache

India as Country of Honor

Right as the Marché du Film chose India as country of honor this year, a brand new restoration of Indian director, writer Satyajit Ray’s rare movie Pratidwandi will be presented in an exclusive screening. Present at the Festival de Cannes since 1956 with Pather panchali, Satyajit Ray will have left his mark on the world of cinema with his great body of work.

Pratidwandi (The Adversary)
Satyajit Ray
1970, 1h49, India
Presented by NFDC - National Film Archive of India, the film is restored under National Film Heritage Mission, a project undertaken by the Ministry of Information and Broadcasting, Government of India. The original 35mm Camera Negative, which was scanned in 4K on ARRISCAN XT, and the original 35mm Sound Negative were provided by producer Ms. Purnima Dutta for this restoration. Few portions of the negative were damaged and were instead scanned from a 35mm Release Print. The restoration was carried out by Prime Focus Technologies, Mumbai, and grading was supervised by renowned Indian cinematographer, Mr. Sudeep Chatterjee.

Singin’ in the Rain’s 70th anniversary

Just in time for the 70th anniversary of Singin’ In The Rain, this iconic movie will be presented in a brand new 4K restoration. An homage to musicals, ode to the art of filmmaking and love letter to human creation, this monument of American cinema detailing the transition from silent film to talkies will be screening on the Croisette.

Singin' in the Rain
Gene Kelly et Stanley Donen
1952, 1h43, États-Unis
A Warner Bros. presentation. The new 4K master has been created by meticulously aligning the 3 separate masters obtained from the original Technicolor negatives. Warner Bros. Imaging carefully scanned each of the black and white “recordings” representing the primary colors Red, Green and Blue. The results present the phenomenal Technicolor photography as it has never been seen before.
This is a great leap forward from previous remasters: For the movie’s 50th anniversary, in 2002, Warner Bros. exclusive Ultra-Resolution technology had been used to realign the separation masters, which was at the time a great stride forward. In 2012, for the 60th anniversary, the process was improved greatly with the Blu-Ray release.

Now, for the 70th anniversary, the use of cutting-edge image-realignment and image-separation technology is a remarkable step forward, with results that look even-more brand new than the initial release. Warner Bros. Motion Picture Imaging used the transfer of the original archived Technicolor dyes as reference for the new master’s color grading, creating an even better image resolution with the use of HDR, making the color palette more vibrant than it’s ever been. For the audio, the new 4K copy offers the audience a new 5.1 mix derived from the original MGM tapes produced during the making of the movie and the best audio technology to offer an even clearer soundtrack than that of the original.

The Trial
Orson Welles
1962, 2h, France / Germany / Italy
This restoration was produced in 2022 by STUDIO CANAL and the Cinémathèque Française. The image and sound restoration were done at the Immagine Ritrovata Laboratory (Paris-Bologne), using the original 35mm negative. This project was supervised by STUDIO CANAL, Sophie Boyer and Jean-Pierre Boiget. The restoration was funded thanks to the patronage of Chanel.
Screening in the presence of Gil Quinto (co-screenwriter)

The Last Waltz
Martin Scorsese
1978, 1h57, USA
MGM Studios’ THE LAST WALTZ (1978) is presented by Park Circus thanks to a new 4K digital restoration from the Criterion Collection, approved by director Martin Scorsese. Presented in its original aspect ratio of 1.85:1, this new 4K digital restoration of THE LAST WALTZ was created from a scan of the 35mm original camera negative made in 16-bit 4K resolution on a Lasergraphics Director Film scanner at Roundabout Entertainment in Burbank, California. A 35mm print courtesy of Sikelia Productions was used as a color reference. The 5.1 surround soundtrack was remixed from the original two-inch 24-track magnetic masters in 2001 by Ted Hall at POP Sound in Santa Monica, California, under the supervision of Robbie Robertson. Stereo mixes and stems made by Robertson’s mixer Dan Gellert and approved by Robertson were used in the creation of the 5.1 surround mix.

Sedmikrásky (Daisies)
Vera Chytilová
1966, 1h14, Czech Republic
Digital restoration of this film funded by the donation of Mrs. Milada Kučerová and Mr. Eduard Kučera was carried out by Karlovy Vary International Film Festival in collaboration with the Národní filmový archiv, Prague and the Czech Film Fund in UPP and Soundsquare. The sources for the digitization were the original image negative, the original sound negative and original magnetic mixing tapes. Film materials are preserved by the Národní filmový archiv, Prague. The restoration was done in 2022. Release in French theaters August the 31st by Malavida.

JOANNE WOODWARD & PAUL NEWMAN BY ETHAN HAWKE
The Last Movie Stars
Ethan Hawke, episodes 3 and 4
1h47, USA
Actor, director and producer Ethan Hawke and executive producer Martin Scorsese explore the lives and careers of actors Joanne Woodward and Paul Newman, in a captivating, intellectual, and moving documentary. This carefully crafted film, featuring Karen Allen, George Clooney, Oscar Isaac, LaTanya Richardson Jackson, Zoe Kazan, Laura Linney and Sam Rockwell, among others who voice interviews of Elia Kazan, Sydney Pollock, Paul Newman, Jacqueline Witte, and more in an incredible exploration of the iconic couple and American cinema. It is revealed in six chapters, two of which will be screened in the presence of Ethan Hawke.
Presented by Nook House Productions, Under the Influence Productions, CNN Films, and HBOMax.
Screening in the presence of Ethan Hawke and Clea Newman Soderlund

Romy, A Free Woman
written by Lucie Cariès and Clémentine Déroudille, directed by Lucie Cariès
1h31, France
Romy Schneider has been En Compétition ever since 1957 with Sissi, before coming back to the Croisette multiple times, notably for Claude Sautet’s Les Choses de la vie. This exceptional documentary recounts her illustrious career with passion and dedication. A Zadig Productions production, in association with Diaphana Films and with the participation of France Télévisions.
Screening in the presence of Lucie Cariès and Clémentine Deroudille

Gérard Philipe, le dernier hiver du Cid
Patrick Jeudy
1h06, France
An adaptation of Jérôme Garcin’s novel Le dernier hiver du cid, this documentary built exclusively on archive footage and a delicate story telling style will permit a Cannes style celebration of Gerard Philipe’s 100th birthday anniversary. He will also be coming back to the Croisette through the screening of Fanfan la tulipe. Produced by Temps Noir, with the participation of France Télévisions and the backing of the CNC and the PROCIRED.
Screening in the presence of Patrick Jeudy, Jérôme Garcin and Anne-Marie Philipe.

Tres en la deriva del acto creativo (Three in the Drift of the Creative Act)
Fernando Solanas
1h36, Argentina
Last homage to the great director Fernando Solanas, dear to our hearts, who came multiple times in Competition to the Festival and two times to Cannes Classics. Through this documentary rich in sensibility and visual flair aided by stunning graphics, “Pino” Solanas evokes creation. ACinesur s.a. production, with the backing of the INCAA (Instituto Nacional de CIne y Artes Audiovisuales).
Screening in the presence of Victoria and Juan Solanas, and Gaspar Noé

Finally, the Festival de Cannes will host a double screening to celebrate the film work of the International Olympic Committee. Indeed, since the first Games were filmed by the cinema, the IOC has never ceased to encourage filmmakers to film sport until deciding to produce official films. In 2020, the year when the Tokyo Games were postponed, then in 2021, it was the Japanese filmmaker who was in charge of directing which film will be presented in preview. To accompany this presentation and salute this initiative which will also continue for the Paris 2024 Games, Cannes Classics will screen the official film of the Munich 1972 Olympic Games, Visions of Eight, which brings together Miloš Forman, Youri Ozerov, Claude Lelouch, Mai Zetterling, Michael Pfleghar, Kon Ichikawa, Arthur Penn, John Schlesinger.

Official Film of the Olympic Games Tokyo 2020 Side A
Naomi Kawase
1h59
Japanese director Naomi Kawase directed the official film of the Tokyo 2020 Olympic Games with her style and all her subtlety. A strong work on sport, Japan and the union of nations. A real message that goes beyond the physical exploit to mark souls. To discover absolutely on the big screen in Cannes to be swept away by its beauty. An IOC, TOCOG, and KINOSHITA GROUP production.
Naomi Kawase in attendance.

Visions of Eight
Miloš Forman, Youri Ozerov, Claude Lelouch, Mai Zetterling, Michael Pfleghar, Kon Ichikawa, Arthur Penn, John Schlesinger
1973, 1h49, Allemagne / États-Unis
Back at Cannes, this incredible project, which had its world premiere at the Festival in 1973, was shot by directors who each filmed different sports with their own eye. The film impressed with its ambition, its power and dynamism, each filmmaker having chosen a sport. For example Miloš Forman, the decathlon, Kon Ichikawa, the 100 meters, John Schlesinger, the marathon, Mai Zetterling, the strongest athletes as well as Claude Lelouch the camera of whom lingers on the losers.
A must-see again in 2023, 50 years later.
Claude Lelouch in attendance. 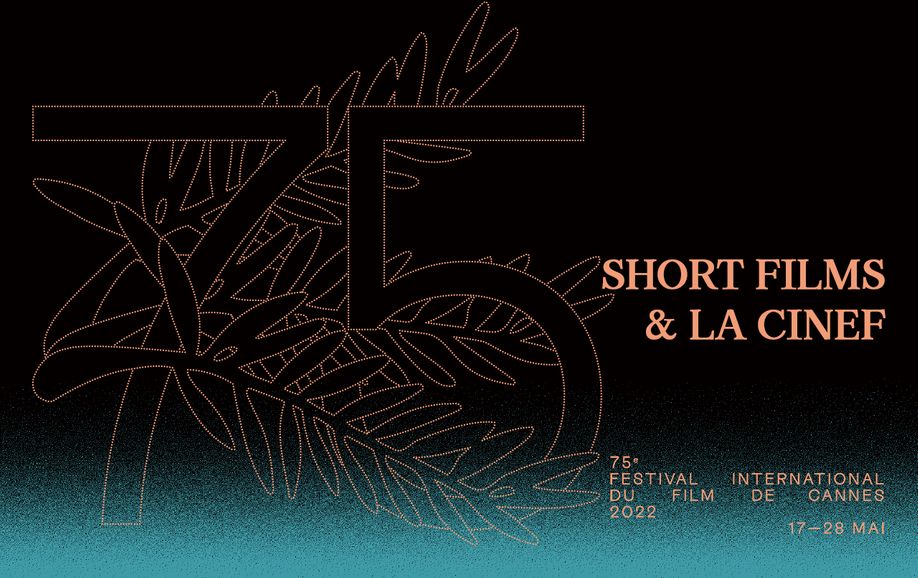