Tim Burton, President of the Jury of the 63rd Festival de Cannes 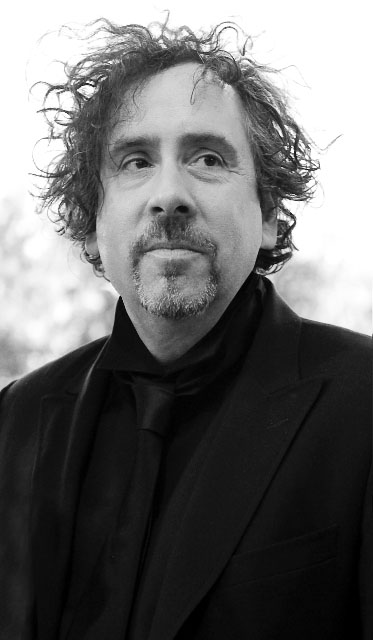 American film director Tim Burton is to be Jury President for the 63rd Festival de Cannes, which takes place from May 12th to 23rd 2010.

Upon accepting the invitation from Gilles Jacob and Thierry Frémaux, Tim Burton declared: "After spending my early life watching triple features and 48-hour horror movie marathons, I’m finally ready for this.  It’s a great honour and I look forward, with my fellow jurors, to watching some great films from around the world.  When you think of Cannes you think of world cinema.  And as films have always been like dreams to me, this is a dream come true."

American director Timothy William Burton was born August 25th 1958 in California. From childhood he developed a passion for drawing and Gothic films, and studied at the California Institute of the Arts before joining the Disney studios animation team. His own work, highly original even then, was very different from the style of cartoons made by Disney, but the studio recognized his talent and helped with the production of his first short films: Vincent (1982), Hansel and Gretel (1983) and Frankenweenie (1984).

His first feature film, Pee-Wee's Big Adventure (1985), was a success but it was Beetlejuice (1988) that threw the doors of Hollywood wide open. Warner hired him for the first Batman (1989), which enabled him to move on to more personal projects, imposing his style with Edward Scissorhands (1990) which he directed, and Nightmare before Christmas (1993), which he produced. Their worldwide critical acclaim established his reputation as a visionary craftsman.

Famous for being a filmmaker, Tim Burton is also an illustrator, a painter and a photographer. In 1998, he published a collection of illustrated poems, "The Melancholy Death of Oyster Boy & Other Stories". New York’s MoMA celebrates him as an artist with a major exhibition of his work that will show until April 28th 2010.

His next feature, a 3D adaptation of Alice in Wonderland by Lewis Carroll, staring his emblematic actor Johnny Depp and Helena Bonham Carter, is released in theatres in the U.S. on March 5th and in France on March 24th.

"It’s the first time an artist whose origins are in animation will preside over the jury of the Festival de Cannes. A filmmaker with a heart of gold and silver hands, Tim Burton is first and foremost a poet. He’s a magician of visual delights who turns the screen into a faery wonder. We hope his sweet madness and gothic humour will pervade the Croisette, bringing Christmas to all. Christmas and Halloween…" promises Gilles Jacob, Festival President.

The Festival de Cannes will take place from 12th to 23rd May 2010. The Official Selection will be announced in mid-April.