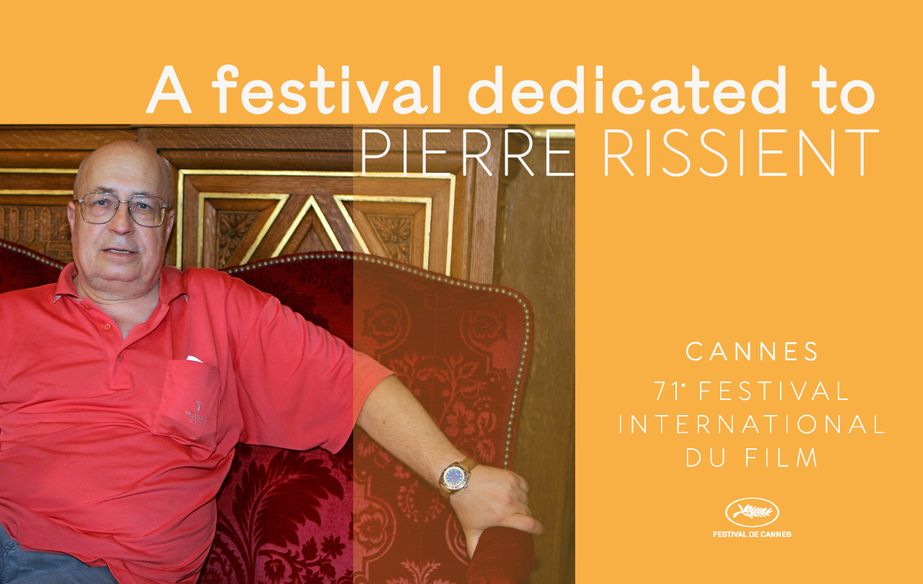 We are deeply saddened by the news that the cinephile, historian and director Pierre Rissient died this weekend, aged 81. That is why we would like to pay tribute to him, on this opening day of the 71st Festival de Cannes.

For more than fifty years, Pierre was one of the most important members of the Cannes community and of the Festival, putting all of his creative energy into helping it show films from distant countries. We would wait for him to arrive on the Croisette every year with a mixture of joy, impatience and some nerves too, because he had such strong and original views on cinema and on the Festival de Cannes.

There will be much to say about the importance of this behind-the-scenes operator; many people will do so in the coming days, months and years. Today our thoughts are with his wife, Yung Hee, his sister, Anne-Marie and her husband and children. We think of his close friends, also close friends of the Festival de Cannes: Bertrand Tavernier, his fellow cinephile for 50 years; Jane Campion, who Pierre discovered on one of his many trips to Australia and who he championed all the way to the Palme d’or; Clint Eastwood, with whom he had an unshakeable bond; Claire Denis, whose artistry in directing he loved so much; Quentin Tarantino, who loved hearing him tell Hollywood stories that even he didn’t know; Jerry Schatzberg, who says he is grieving for him like a brother; Martin Scorsese whose brought Mean Streets to Cannes, Tom Luddy, who named one of the theatres at the Telluride Festival "The Pierre"; Kim Dong-ho, from the Busan Festival, which he practically co-founded; Todd McCarthy, Benoit Jacquot and Pascal Mérigeau who dedicated documentaries to him, Michel Ciment with whom he had unforgettable verbal jousting, Samuel Blumenfeld who consigned his memories to a book and the journalist friends who he would gather at his legendary pre-Cannes dinners, which leaked crazy rumours and during which the future prizewinners would emerge, in a spirit of good humour and mischievousness.

This year of 2018 was once again going to be "his" year. Pierre Rissient was due to bring back to the festival the Korean director Lee Chang-dong, who he had greatly helped to become known around the world, as he had done with so many others before.  He was delighted to be welcoming to Un Certain Regard the second film of the young Chinese director BI Gan. And he was due to present Cinq et la peau (Five and the Skin) to Cannes Classics, which he directed in 1982 and which has found its way back, in a restored version, to French theatres thanks to TF1 and Carlotta.

That screening on Monday, May 14, attended by Bertrand Tavernier, will be in memory of Pierre Rissient and will be our way of dedicating this 71st edition of the Festival de Cannes to him.

The last time we spoke to him, this great literature lover thought that Marcel Proust’s quote fitted Cannes perfectly « To what purpose shall I walk among these trees if there is nothing left now of the assembly that used to gather beneath this delicate tracery of reddening leaves, if vulgarity and folly have supplanted the exquisite thing that their branches once framed. »

It is our fervent wish to follow the example cinema’s adventurers, from Roger Ebert to Dan Talbot, from Jean Hernandez to Pierre Rissient. In memory of those who took such pleasure in helping younger generations, it is incumbent on all of us who believe in the future of cinema to ensure that these festival supporting, cinephile, explorers and travellers never fade away.

We wish everyone a good Festival. 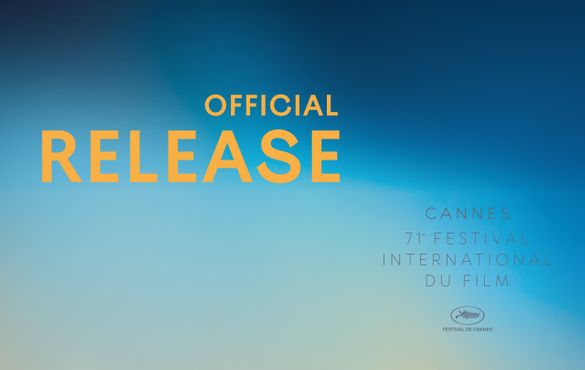 The Festival stands up…