"Belmondo is a celebration!" Thierry Frémaux's tender and joyful tribute to the Magnifique 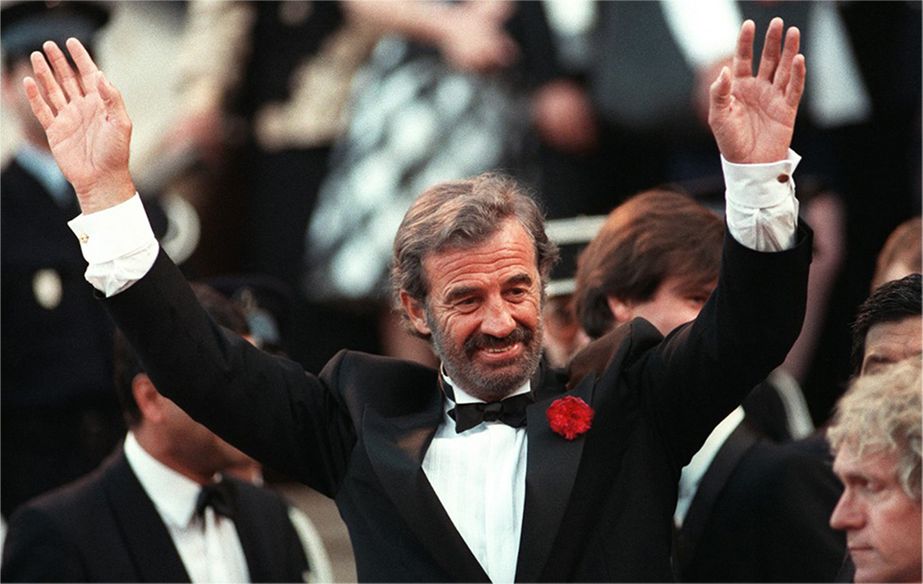 Jean-Paul Belmondo at the Festival de Cannes in 1988 © AFP

Paul, the actor's eldest son, asked the General Delegate of the Festival de Cannes to pay tribute to his father. The text of the tribute read last Friday at the actor’s funeral is delivered here in full.

When you asked me to say a few words this morning, Paul, when you did me that honour, I was overcome with emotion and fear. What could I say to describe the man about whom everyone has talked so magnificently these last few days – and indeed throughout his life? An artist honoured by the Republic: the dropout, the undisciplined student, the rebel – and yet a man to whom the Patrouille de France also paid tribute in the skies above the city that belonged to him.

But having expressed the sadness we feel at having loved and lost someone who is here no more, we want to proclaim our pride at having known him, supported him, and been at his side.  Our feelings are a mix of pride and joy – for however much the times we spent together often had us in stitches, we can all bear witness to the fact when it came to parties and having fun, his attitude was always utterly respectable.

Throughout those years, the Jean-Paul we knew was never the “actor” and even less the “star”, he was a friend, one of us, a man weathering the storms.

Right from the start, he was nothing like the rest. His eruption into the world of cinema saying to camera: "If you don't like the sea, if you don't like the mountains, if you don't like the city... fuck you!", brought us, with Godard, one of the most beautiful lines in history. It involved accepting the risk of a film unlike any other, unhesitatingly seizing what life offers you and a role that determines your entire future. That beautiful "Fuck you" was also a way of making sure that no one would mess with him, and indeed not many people dared to mess with Jean-Paul Belmondo. In fact, the very idea of "messing with Jean-Paul Belmondo" seems impossible to grasp.

Jean-Paul was who he was without calculating, without weakness and without arrogance. And over time he became more himself than ever. And that unique, one-of-a-kind self was so irresistible, he won people over wherever he went. Since Monday, the testimonies have been pouring in – I was deluged in Cannes with messages from Asia as well as from America, testimony to a grief that quickly became global. Like the one from Spike Lee, for whom Jean-Paul was a hero, and who asked me to pass that on to his family – which I am delighted to do.

A hero, yes, but Jean-Paul was above all an exemplary son, brother, father and grandfather. Yesterday, it was so moving to see that group of young people occupying the courtyard of the Invalides: you were immediately struck by the bond they shared with their "granddad". And now, kids, the world belongs to you now:  this grandfather and father, in your case Stella, has left you an immense legacy.

"We will be able to tell our children, and our children's children: 'You know, we lived in a time when Jean-Paul Belmondo's films came out on Wednesdays!" Thierry Frémaux 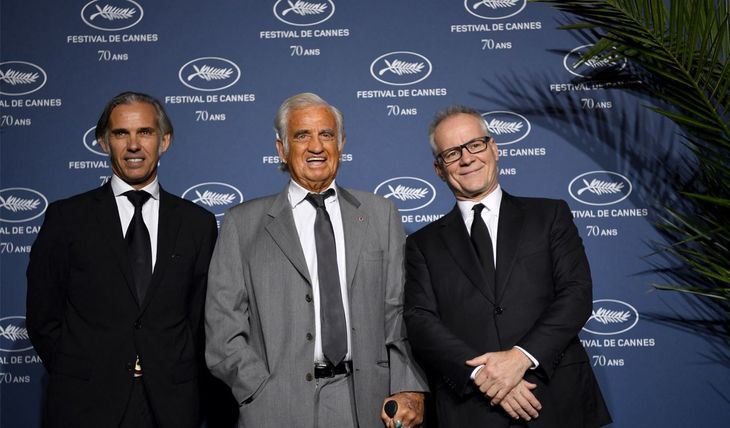 Jean-Paul was also a friend, and his friendship never wavered from the loyalty and the demands that go with it, which create a life full of certainty. When you are at peace, when you are there for others, when you managed to achieve all this, your presence in the world is never wasted. Jean-Paul left in peace; his presence in the world was not in vain. He was part of that golden generation, along with Brigitte Bardot, Jeanne Moreau, Catherine Deneuve and Alain Delon, who is here this morning, his brother-in-arms whose constant friendship was the one that brought French cinema together. A generation that alternated between arthouse and mainstream films, that symbolised their country as the whole world looked on. "Women seem to fall for you, right?", Jacqueline Bisset asked him. "I don't know," he'd reply, glancing at his muscles like the hunk he never was. Of course women fell for him – that was the phrase they used back then. But when it comes to that, men fell for him too...

That was Belmondo’s life. "Belmoooondoooo, it's a verb", said Quentin Tarantino, who reinvented the idea of homage, turning the tribute he paid to Jean-Paul in Lyon into the yardstick of a magnificent sport: admiration. Belmondo is also a celebration, the "Belmondo life" was many things, it could become a song by Vincent Delerm or Alain Souchon. But while we know the Belmondo life, because we lived it, we don’t yet know what life will be like without him. All of us here, except his brother Alain who was born two years before him, have had Jean-Paul in our lives from day one.  He was there the whole time: once we discovered him, we instantly loved him, whether in the films of Lelouch or Resnais, Oury or Deray. We can even continue to say to our children, and our children's children: "You know, we lived at a time when Jean-Paul Belmondo's films came out on Wednesdays." That’s what I mean by pride.

I could already write an "I remember" devoted solely to Jean-Paul. I remember the solitude of Léon Morin, the priest, or Louis Mahé, the fallen lover in Mississippi Mermaid (La Sirène du Mississippi). I remember Ferdinand declaiming L'Histoire de l'Art by Élie Faure, singing Ta ligne de hanche in a few dance steps, approaching with humanity a desperate man talking to himself, I remember above all Jean-Paul Belmondo looking at Raymond Devos with affection, because he was a man and an actor who took care of his elders. I remember a son devoted to his father, I remember the man who loved boxing and football, great restaurants and good jokes – rather than good restaurants and great jokes. These are my memories, and everyone will have their own. I remember his Palme d'or at Cannes, where he agreed to return – the photographers who laid their cameras down on the red carpet because they wanted to have their hands free to applaud and, like everyone else, to cry out with emotion to welcome him back. I remember the time at the Lumière festival, when he had to walk more than fifty yards to get to his seat: he decided to turn to face the 5,000 people in the audience, to remain standing, to walk, to show that the most beautiful battle is the one you fight with yourself. Just a few minutes before Tarantino said that Jean-Paul had invented "Supercool", he had just demonstrated it again, and smiling all the while. Walking without stopping, laughing and running away, loving and then taking flight, like this morning.