The world of Tim Burton

Share Print
A mix of Gothicism, poetry and humour… 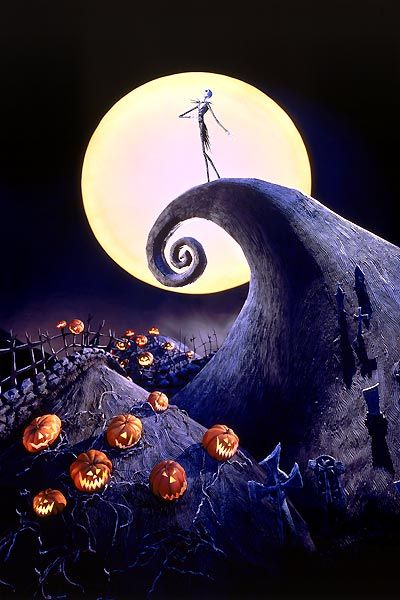 Burtonesque. So widely recognised is the creative genius and originality of Tim Burton, so potent the evocative powers of his universe, that his name has been turned into an adjective. A rare occurrence in Hollywood. When we hear the word “Burtonesque”, what instinctively springs to mind?

Patched-up monsters, jubilant skeletons, melancholy lovers, towers and staircases stretching to infinity, pumpkins, bats and umbrellas, twisted trees, scarecrows, spirals and chessboards, leaping over bridges to cross from the world of the living to that of the dead, dilapidated pianos, forlorn-looking mansions, snowy forests, and so on… If a strong sense of Halloween pervades this inventory, it is because Tim Burton’s universe is an essentially “gothic” kind of place.

His influences are well-known: fantasy films, German expressionist cinema, horror films by Hammer Film Productions, Vincent Price, Japanese kaiju eiga, etc. The boy from the suburbs chose Nosferatu and Frankenstein as his earliest companions, and thus retains a certain attachment to the world of monsters: “…monsters are definitely my thing. I’ve always liked them, even as a kid. I felt close to them: on the margins of society and misunderstood, just like them. Besides, I’ve always had a soft spot for outsiders, for those who we think are mean when, in fact, they aren’t at all. They are endearing characters who are extremely interesting to explore.” In almost all of his films, Tim Burton champions marginal, solitary figures and so-called monsters. To make them more endearing, he imbues them with his poetry, inspired by the legacies of Edgar Allan Poe (Vincent, The Nightmare Before Christmas), Frederico Fellini (Big Fish), surrealism and Edward Gorey, among others.

However, the distinctive nature of Tim Burton’s universe cannot be reduced to this poetic, gothic vein. Joy also pulses through Burton’s work; the director began his career as an animator at Walt Disney, before abandoning the nostalgia of black and white cartoons for a world filled with the colour of his Charlie and the Chocolate Factory. There is insolence and parody in the comically archaic Mars Attacks! and humour (albeit black) in each of his films, from Sleepy Hollow to Beetlejuice, his “optimistic film about death”. Music is also present, thanks to his very long and fruitful collaboration with Daniel Elfmann, who intimately contributes to the identity of his universe.

Innovative, visionary and eccentric, based on folktales or born from the director’s own fertile imagination, “burtonesque” worlds are those that invite us to cross over “to the other side”, abandoning what’s left of our logic at the foot of the screen before delving into the weird and wonderful with relish.