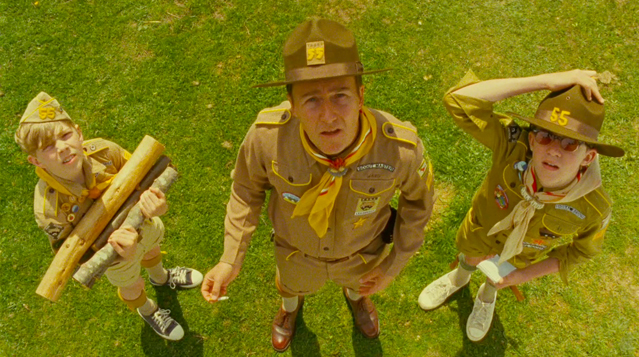 MOONRISE KINGDOM, the new film by American Wes Anderson, will open the 65th Festival de Cannes on Wednesday, 16 May in the Grand Théâtre Lumière of the Palais des Festivals, with the Jury presided over by Italian filmmaker Nanni Moretti in attendance.
Produced by Wes Anderson, Scott Rudin, Steven Rales and Jeremy Dawson for Focus Features and Indian Paintbrush, MOONRISE KINGDOM includes in its cast Edward Norton, Bruce Willis, Bill Murray, Frances McDormand, Tilda Swinton and Jason Schwartzman as well as Kara Hayward and Jared Gilman playing the pre-adolescents.
It is directed by Wes Anderson, who also co-authored the screenplay with Roman Coppola. The sound track was composed by Alexandre Desplat.
MOONRISE KINGDOM was filmed on an island in New England. It recounts a tormented and surprising story of children and adults during the stormy days of the summer of 1965.
Born in 1969, Wes Anderson is the director of Bottle Rocket (1996), Rushmore (1998), The Royal Tenenbaums (2011), The Life Aquatic with Steve Zissou (2004), The Darjeeling Limited (2007), and Fantastic Mr. Fox (2009).
Thierry Frémaux, the Festival’s General Delegate, commented: “Wes Anderson is one of the rising powers of American cinema, to which he brings a highly personal touch, particularly in MOONRISE KINGDOM, which once again is a testimony to the creative freedom in which he continues to evolve. Sensitive and independent, this admirer of Fellini and Renoir is also in his own right a brilliant and inventive filmmaker.”
Gilles Jacob, President of the Festival, is glad to proclaim: “With Wes Anderson opening the 65th Festival de Cannes, young American cinema will be celebrated on the Croisette.”
Distributed in France by Studio Canal, the film will be released in cinemas on 16 May, the same day as its screening in Cannes. For the second consecutive year, with the agreement of its partner Canal+ and the support of the Fédération Nationale des Cinémas Français, the Festival de Cannes will make the Opening Ceremony available to all the cinemas that request it, so that spectators can experience “live” the full programme of the opening night of the Festival. In the USA, the film will be released on 25 May.
The official selection (Competition, Un Certain regard, Out of Competition) will be announced on Thursday, 19 April. The 65th Festival de Cannes will run from Wednesday 16 May to Sunday 27 May 2012.

> Meeting Wes Anderson: "No one ever called me a cinephile to my face."