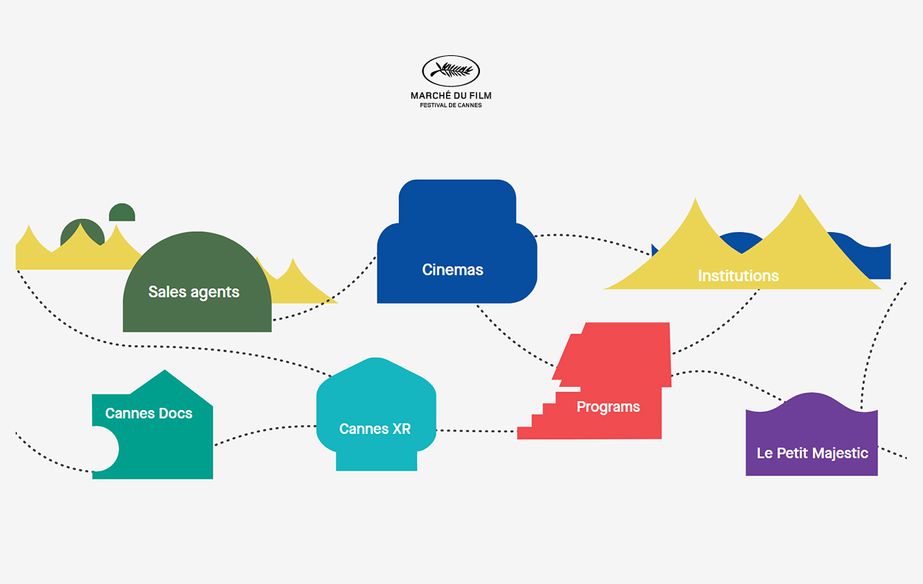 On Monday 22 June, the Festival de Cannes is launching its online Marché du Film. This special 2020 version has been set up with a view to continuing to support the international film industry and its professionals.

The Marché du Film will take place from 22 to 26 June, bringing together over 8,500 participants for a total of 250 stands and 60 pavilions. Over 1,200 online screenings will run for participants to enjoy, and the rights to 2,300 feature films will be available to buy.

This new version of the Marché du Film has been designed to mirror the traditional Cannes experience as closely as possible, and will also offer professionals from around the world opportunities to attend over 150 events, panel and keynote talks, speed meetings and round-table discussions, as well as exclusive concerts from film score and soundtrack composers.

Some of these events will be Live on our Facebook official page!

"What might the European Union's role be in shaping the future of the audio-visual ecosystem in Europe?"

Monday 22 June at 5:00pm: Creating the new normal: intersectionality in the film industry

Franklin Leonard (CEO of Black List), Emilia Roig (Founder and Executive Director of the Center for Intersectional Justice) and Anna Serner (CEO of the Swedish Film Institute) tackle the question of building an inclusive future film industry, drawing up an inventory of the industry as it currently stands, and assessing how creative and innovative initiatives can pave the way for change in an ever-shifting cultural landscape. The panel will discuss paths toward an inclusive future for the film industry, where the creativity and business acumen of all its stakeholders is fully realized, without prejudice and bias. Panelists will weigh in on the state of the industry, talk about creative ways to move forward in the rapidly changing cultural and entrepreneurial landscape, and follow up on the progress of the 50/50 by 2020 movement.

Discussion with Festival de Cannes 2012 jury member and two-time Academy Award-winning French orchestra conductor and composer Alexandre Desplat, whose latest collaboration with Wes Anderson on The French Dispatch is included in the 2020 Official Selection; and English composer John Powell, who is based in the United States and regularly collaborates with Paul Greengrass, having composed the soundtracks for The Bourne Supremacy (2004), United 93 (2006), The Bourne Ultimatum (2007) and Green Zone (2009). He also wrote the original soundtrack for Solo: A Star Wars Story in 2018.

An online concert from American jazz, electronic music and soundtrack composer Mark Isham, who was nominated for an Academy Award for his work on Robert Redford's A River Runs Through It (1992).  Isham’s collaborations with respected directors also include Brian DePalma, John Ridley, and  Jodie Foster.  Isham’s musical voice is evident in his scores for award-winning features including the Oscar winning Crash.  For The Black Dahlia, Isham was awarded “Best Score” by the International Film Music Critics Association.

Discussion with Sandra Dewey, President of Productions and Business Operations for WarnerMedia Entertainment, on the subject of launching HBO Max in these unusual times.

Online concert from French pianist, composer and performer Camille Bazbaz, whose last nine albums were released under the stage name BAZBAZ. Camille has composed a number of original soundtracks for many of director Pierre Salvadori's films: Comme elle respire (White Lies) (1998), Les Marchands de Sable (2000), Après vous (2003), Hors de Prix (Priceless) (2006), and En Liberté (The Trouble with You) in 2018, for which he was nominated for a César Award for Best Original Music.

Online concert from Japanese composer and musician Ryūichi Sakamoto, world-renowned for his soundtracks for Furyo by Nagisa Ōshima, The Sheltering Sky and The Last Emperor by Bernardo Bertolucci, for which he won the Academy Award for Best Original Score. Ryūichi Sakamoto also worked with Pedro Almodóvar on High Heels, Yôji Yamada on Nagasaki: Memories of My Son and Alejandro González Iñárritu on The Revenant.

For this event, he has chosen to invite experimental artist and American musician Laurie Anderson to join him.

Thursday 25 June at 6:00pm: A conversation between Pablo Larraín and Efe Cakarel

"What does film stand for in a post-pandemic world? "

Online concert from French electronic musician and composer Chloé Thévenin, who was commissioned by La Cinémathèque Française to compose in 2012 the soundtrack for Hitchcock's last silent film, Blackmail. She also collaborated with filmmaker Lidia Terki on the film Paris La Blanche, and has just finished composing the soundtrack for director Laurent Cantet's Arthur Rambo.

In En route pour le milliard (Downstream to Kinshasa), Dieudo Hamadi consolidates his work as a filmmaker and observer. In the film, his camera returns to the streets, this time following a group of men in their fight to obtain compensation from a failed state. Interwoven with minute detail and shot through with vibrancy, the film ushers audiences in to accompany its everyday heroes on their journey.

Online concert of the internationally acclaimed French composer Gabriel Yared and member of the jury of the 2017 Festival de Cannes. He has been involved with cinema for the past 40 years and has expressed his talent with major directors such as Jean-Luc Godard, Jean-Jacques Beinex, Robert Altman, Bruno Nuytten, Paul Schraeder, Jean-Jacques Annaud, Costa-Gavras, Michel Ocelot, Xavier Dolan (three scores) and especially Anthony Minghella, in a fruitful collaboration including Cold Mountain, The Talented Mr. Ripley and The English Patient in 1997, which brought him four awards, including an Oscar. In 2020 Yared signed the score of Jimmy Keyrouz's Broken Keys, film in the "Cannes 2020 Official Selection" and the soundtrack of Edoardo Ponti's The Life Ahead, which will mark Sophia Loren's return to the screen.

The Marché du Film is the leading market of the film industry, at the heart of numerous project developments, film rights negotiations and sales and acquisitions of films from all around the world. 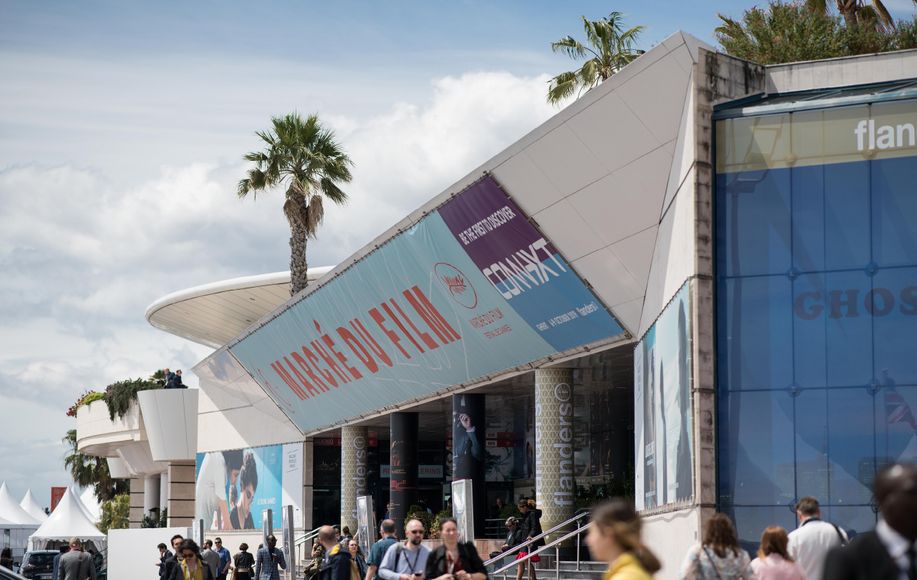 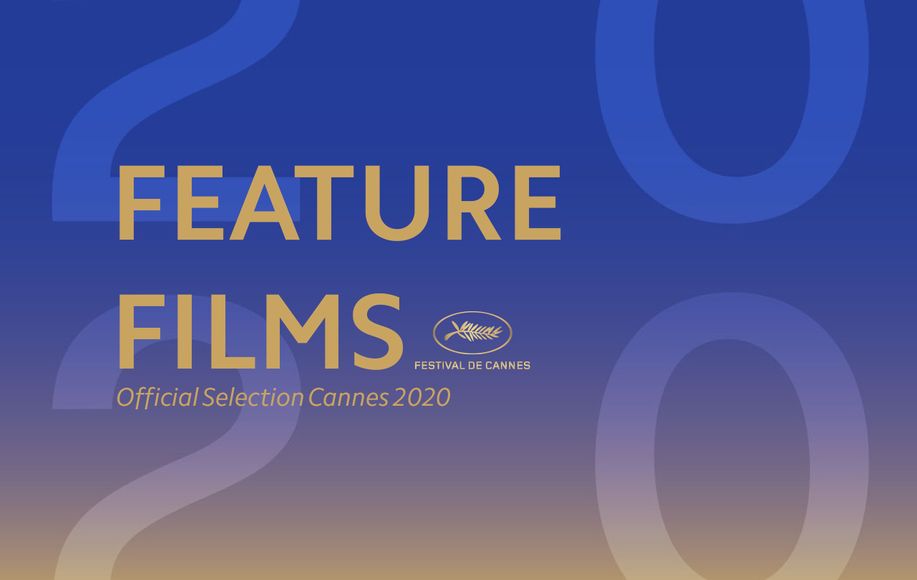 The films of the Official Selection 2020