JOSEP BY AUREL: drawing as a cry 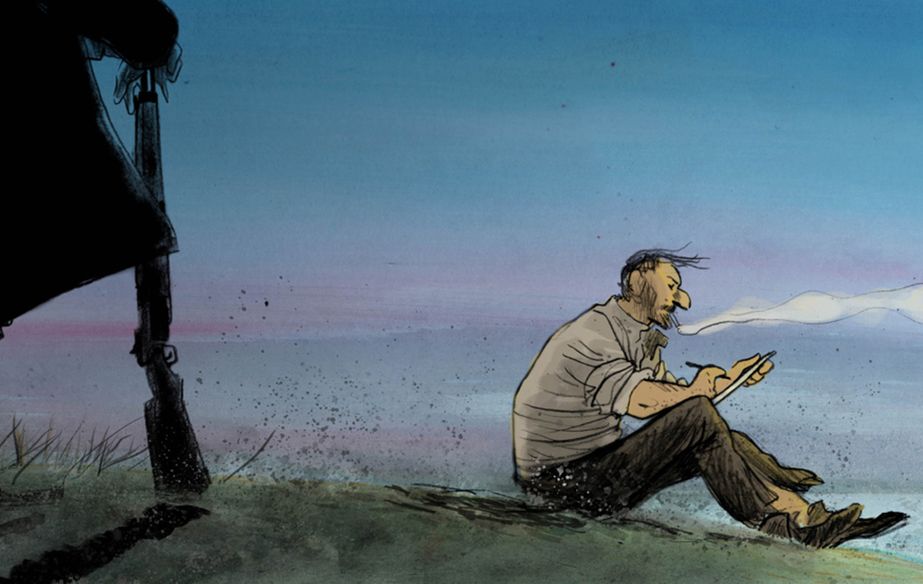 For his first feature film, cartoonist Aurélien Froment, best known for his 'Aurel' newspaper illustrations and satirical cartoons in Le Monde, Marianne, Politis and Le Canard Enchainé, tackles the little-known period of the 'Retirada', examined through the life of another illustrator: Josep Bartoli, a Catalonian republican who sought refuge in France during the Spanish civil war. Back in French cinemas on 19 May, JOSEP is distributed by Sophie Dulac Distribution.

"February 1939. Ring a bell? Fleeing Franco's fascist regime, 500,000 Spanish refugees sought refuge in France. And what awaited them there? They were enclosed behind barbed wire, left to die of hunger, cold and illness...". Friendship blossomed between two men in one of these camps: a gendarme, and Josep Bartoli, a political illustrator and opponent of the Spanish civil war, with ties to the communist party.

To uncover this forgotten chapter in France and Spain's joint history and Bartoli's exile in New York and Mexico, where he met Frida Kahlo, Aurel rummages through the anti-Franco artist's memories, sketching out two-dimensional snatches of the past in a bid to "find the sweet spot between animation and press cartoons": a mission he accomplishes with aplomb. For this cartoonist-turned-director, the idea was to:

"showcase drawing as a cry. A cry that allows the world to be experienced as it is, without blindly accepting the things that aren't right. A cry released in the hope of improving things. A universal cry that, for Josep and I, is shaped with pen and paper.”

A beautiful and engaging film to (re)discover in cinemas from 19 May! 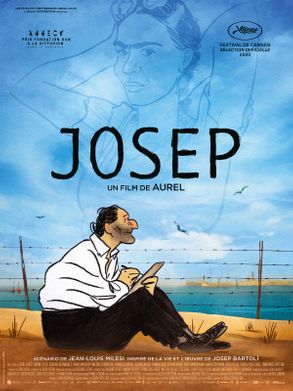