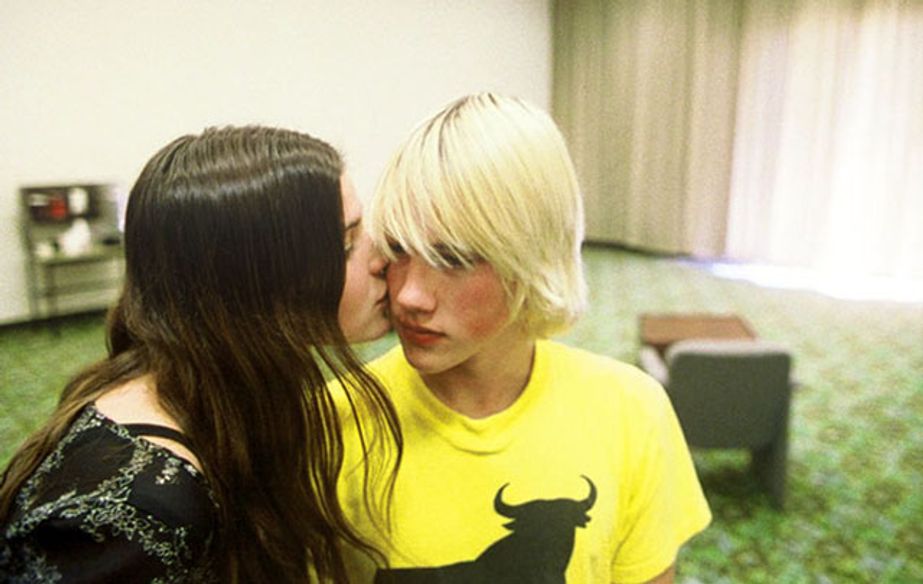 Trailer: Dancer in the Dark by Lars von Trier

Björk plays Selma, a Czech single mother who has emigrated to the United States. She works tirelessly in a rundown factory so that she can raise her son Gene. Together with her friend Kathy (Catherine Deneuve), she escapes her difficult everyday life through dance and song. She hides from everyone the fact that she is losing her eyesight and that her son may suffer the same fate if she cannot raise the money to pay for an operation.

Dancer in the Dark is a naturalist melodrama of a new kind, for which Lars von Trier used a hundred cameras for the musical scenes. Björk, who also composed the music for the film, won the award for Best Actress that year.

The Son's Room opens onto the peaceful daily life of an Italian family. Performed by Nanni Moretti, Giovanni is a psychiatrist, and raises his two teenagers Irene and Andrea with his wife Paola (Laura Morante). The family nucleus implodes when the son, Andrea, dies suddenly in a diving accident.

"It's not just a film about death, it's a film about life," said Nanni Moretti of his feature film, which according to critics marked a turning point in the maturity of his work.

Excerpt: The Pianist by Roman Polanski

In the 1980s, Roman Polanski turned down Steven Spielberg's proposal to bring Schindler's List to the screen, judging the story too close to his own. It was on reading Władysław Szpilman's autobiography, The Pianist, that the filmmaker set out, more than twenty years later, to make a film about the Holocaust.

In Warsaw, 1939, a famous pianist from Radio Poland had his entire family deported after the arrival of the Nazi troops. Forced to hide in the ruins of the ghetto until the end of the war, he is discovered by a German officer who is a music lover and decides to spare him.

The camera lingers on different students walking through the endless corridors of a school. Among them, Eric and Alex are about to open fire. Elephant or the deadly day at an American high school.

With this film, Gus Van Sant takes hold of a tragically banal news item: the Columbine high school massacre that left thirteen people dead in 1999. The title is a tribute to Alan Clarke's short film of the same name, made in 1989. For the director, "Elephant is all about the elephant in the room, which everyone prefers to hide".

Fahrenheit 9/11 was the second documentary to win the Palme d'or, after The Silent World by Louis Malle and Jacques Cousteau in 1956. Michael Moore's film is a political diatribe against George W. Bush, describing the links between the President of the United States and the Bin Laden family, the policy of terror carried out after the September 11 attacks, and the real reasons for the war in Iraq.

The film concludes with a quote from George Orwell as the ultimate message: "Modern wars are not meant to be won or lost, they must be continuous because they keep the social hierarchy in place."

Excerpt: The Child by Jean-Pierre and Luc Dardenne

After Rosetta in 1999, the Dardenne Brothers received a second Palme d'Or for The Child, a new denunciation of social injustice. In the suburbs of Liège, Sonia (Déborah François) and Bruno (Jérémie Renier) live in precarious conditions. When Sonia gives birth, Bruno sells their child on the black market. But the young woman's pain immediately makes him regret his gesture."All our cinema is inspired by events that seem to define the present." Luc Dardenne.

The Wind That Shakes the Barley by Ken Loach (2006)

Trailer: The Wind That Shakes The Barley by Ken Loach

1922, in the Cork area. Damien O'Donovan (Cillian Murphy) witnesses the execution of an innocent man by the "Blacks and Tans", the English troops sent to Ireland to repress the rebels. The young doctor decides to join the IRA alongside his brother Teddy, engaging in a tragic struggle for the independence of his country.

The original title of The Wind that Shakes the Barley is taken from an Irish lament and ends as follows: "As I wander around his grave, dreary, at night, at dawn and at noon / My heart breaks when I hear the sound of the wind shaking the barley."

In the dictatorial Romania of Ceaușescu, Gabita (Laura Vasiliu) undertakes a clandestine abortion with the help of her roommate Otilia (Anamaria Marinca). 4 months, 3 weeks, 2 days: this is the age the foetus will be when Gabita terminates her pregnancy.

Cristian Mungiu describes his film as "a story about abortion at a time when it was considered an act of freedom and protest against the communist regime."

Trailer: The Class by Laurent Cantet

The Class is an adaptation of François Bégaudeau's novel, in which the writer plays his own role. François teaches French to a class of eighth graders in a PTA college. Interested by his students, he tries to establish a dialogue with them. But this electric face-to-face confrontation costs him a slip-up.

"The school constantly creates great situations, but at the same time we know that it is, in the end, discriminatory and unequal (...). This is the tension of the film." Laurent Cantet

A schoolteacher recalls strange events in the summer of 1913 in a North German village deeply rooted in Lutheran tradition. The doctor, a peasant woman, the Baron's son, the midwife and her son are in turn victims of accidents that seem to have a punitive character. The investigation to find the culprit reveals the sadistic perversion of adults and young people alike.

The title The White Ribbon refers to the cloth that the pastor forces his children to wear, a symbol of the purity to which they must aspire.