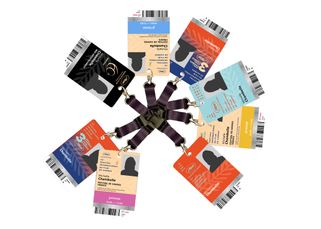 Collection of the press badges

Your personalized badge (name - passport photo - represented media outlet) must be collected at the Accreditation Offices, located at the Gare Maritime (next to the Palais des Festivals) or at the automatic dispensers at La Pantiero. It allows journalists access to both press screenings and press conferences according to the number of available seats. The press badge is not transferable and must be visible.

TV Festival de Cannes, co-produced by CANAL +, Orange and the Festival de Cannes, covers the red carpet, the press conferences and the photo calls as well as a number of important other events.
Broadcast in both French and English throughout the Palais complex and in several hotels along the Croisette, it is also available on YouTube and Dailymotion, as well as via the official Festival website and mobile app, and on Canal TV’s channel 19, or channel 29 with Orange TV.

All images will be made available to the media and to all Official Partners of the Festival de Cannes free of charge from 6 July to 17 July 2021 included, on condition that they are not used for commercial purposes on the footage download site HERAW.

The event website covers the Festival hour by hour, in articles, exclusive interviews, photos and videos. To be among the first to know all the Festival news, watch the red carpet entrances online, keep updated about photo calls and press conferences and subscribe to RSS feeds, podcasts and the newsletter.
The PRESS ZONE gives you access to press releases and downloads such as the press kit, official poster and signatures of the year and the selection of institutional photos. During the week preceding the Festival opening, in the “Médiathèque” section, HD photos, trailers and press kits for films in the Official Selection are available to you. Access to downloads and the interactive diary is password protected. 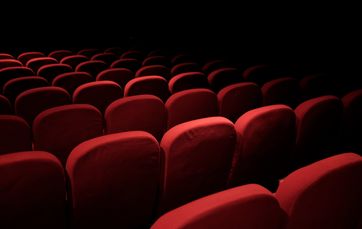 New for 2021: The box office is virtual and accessible by all accredited participants at 'MyCannes'. All the sessions – in every location – require a ticket. One you are assigned a place at a session, you are guaranteed that place: arriving long before the start of the session is not advisable. An arrival window for entering the theatre or screening room will be indicated on the ticket for most sessions. Please keep to your allotted time..

We invite you to double-check screening times and admission guidelines every day using the daily schedule. 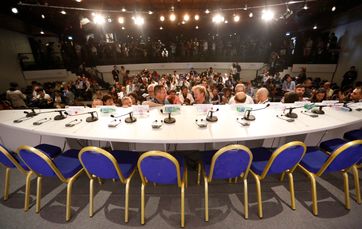 For Gala Screenings, accredited television channels and photographers may sign up with the Audiovisual Press Department which will provide them, according to the number of available emplacements, with an authorization to access the sites reserved for filming and installing technical equipment.
Evening dress / black tie (tuxedo) is required for all evening screenings. 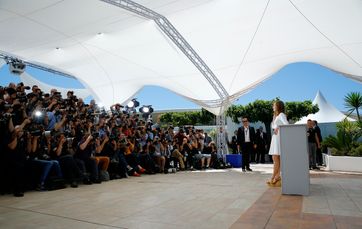 The photo calls, which usually precede the press conferences, allow accredited press photographers, who are also in possession of a special authorization provided by the Audiovisual Press Department, to take pictures of the filmmakers and actors of the films in Official Selection. Only TV Festival de Cannes is authorized to film photo calls. 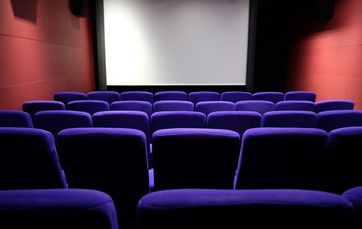 Press badges do not grant access to Marché screenings, unless the company that booked the screening has requested it. Please refer to the information given in the Marché du Film’s Daily Screening Program.

WiFi and Internet access open to Press badge-holders exclusively.
Opening hours: Tuesday 6 to Saturday 17 July.
From 09:00am to midnight
Access: Palais, Level 1, between the Debussy and Lumière rooms.

Information regarding these sets will be provided during the event by the Audiovisual Press Department.

Premises for rent are available in the Palais at Level -1, Aisles 1 to 9. They can be accessed day and night and include furniture, wall-to-wall carpeting and electric boxes. For more information, contact the Audiovisual Press Department.

The Festival will provide a transport service from Nice airport to Cannes city for the accredited journalists.

You have a specific request or suggestion?

Please select the appropriate contact person or department, this will facilitate the prompt handling of your request.