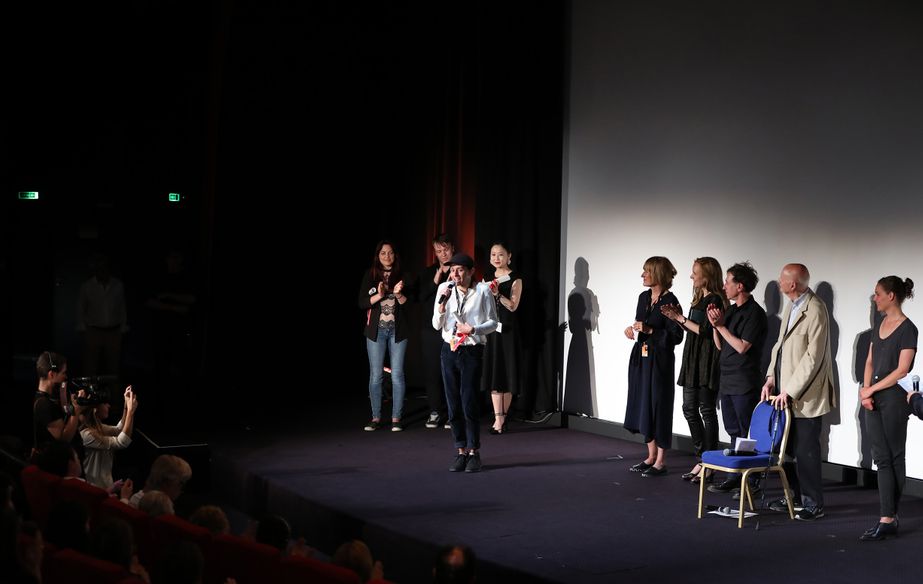 The winners of the Sélection Cinéfondation 2018 © Déborah Néris /FDC

The Cinéfondation and Short Films Jury headed by Bertrand Bonello and including Khalil Joreige, Valeska Grisebach, Alanté Kavaïté and Ariane Labed, has awarded the 2018 Cinéfondation Prizes during a ceremony held in the Buñuel Theatre, followed by the screening of the winning films.
The Cinéfondation Selection consisted of 17 student films, chosen out of 2 426 entries coming from 512 film schools around the world.

The awarded films will be screened at the Cinéma du Panthéon on May 22nd at 6:00 p.m.

Part of the Selection will also be screened at the Cinémathèque Française on June 11th at 9:00 p.m.