Two women belonging to the history of cinema, Alice Guy and Jane Fonda, 2001: A Space Odyssey turning 50 as seen by Christopher Nolan, an essay by Mark Cousins about Orson Welles, Margarethe von Trotta’s tribute to Bergman, Fernando Solanas and The Hour of the Furnaces, Five and the Skin by Pierre Rissient being re-released, African patrimonial cinema, unknown treasures and internationally recognized masterpieces. By screening heritage films in restored 2K and 4K versions or an exceptional photochemical film recreation, Cannes Classics continues its work by exploring the history of cinema with documentaries produced in 2018 and feature films presented to us by producers, distributors, foundations, cinematheques, right-holders who work to protect the past and revive it in present days.

All the screenings will be introduced either by directors, artists or specialists in charge of the restorations either by professionals from the archive world or cinematheques.

Be Natural: The Untold Story of Alice Guy-Blaché (Soyez naturel : L'histoire inédite d'Alice Guy-Blaché) by Pamela B. Green (2018, 2h, United States of America)
First woman director, producer and director of a studio in the history of cinema, Alice Guy is the subject of a documentary carried out full swing like an investigation aiming to make us (re)rediscover the filmmaker and her work around the world.
Presented by Wildwood Enterprises In Association with Artemis Rising. Produced by A Be Natural Production. Pamela B. Green in attendance.

Jane Fonda in Five Acts by Susan Lacy (2018, 2h13, United States of America)
Jane’s Fonda’s film career, her place in the history of the twentieth century, her relationship to the men of her life.
Presented by HBO Documentary Films. Produced by Pentimento Productions. Jane Fonda and Susan Lacy in attendance.

2001: A Space Odyssey (2001 : l’odyssée de l’espace) by Stanley Kubrick (1968, 2h44, United Kingdom, United States of America)
Presented by Warner Bros. 70mm print struck from new printing elements made from the original camera negative. This is a true photochemical film recreation. There are no digital tricks, remastered effects, or revisionist edits. The film will be introduced by director Christopher Nolan and will be screened in Debussy theater with a 15mn-intermission accurately reproducing the real-life experience of moviegoers when the film was released in the spring of 1968.
Stanley Kubrick’s daughter, Katharina Kubrick and his coproducer, Jan Harlan, in attendance.

Det sjunde inseglet (The Seventh Seal / Le Septième Sceau) by Ingmar Bergman (1957, 1h36, Sweden)
A knight and Death meet, a legendary game of chess. The most famous masterpiece by Ingmar Bergman and one of Max von Sydow’s most significant parts.
Presented by Swedish Film Institute. Digitization and 4K restoration from the original negative and final mix on magnetic tape carried out by Swedish Film Institute. French distribution in theaters: Studiocanal and Carlotta Films.

All the Cannes Classics Films

Vertigo (Sueurs froides) by Alfred Hitchcock (1958, 2h08, United States of America)
Presented by Park Circus. 4K digital restoration from the VistaVision negative done by Universal Studios. The film will be screened at the Cinéma de la Plage (Movies on the Beach).

La Religieuse (The Nun) by Jacques Rivette (1965, 2h15, France)
Presented by Studiocanal. 4K restoration from the original camera negative. Sound restauration from the sound negative (only matching element). Works carried out by L’immagine Ritrovata laboratory under the supervision of Studiocanal and Ms. Véronique Manniez-Rivette with the help of the CNC, the Cinémathèque française and the Fonds culturel franco-américain.

Blow for Blow (Coup pour coup) by Marin Karmitz (1972, 1h30, France)
Presented by MK2. Restoration carried out by Eclair from the original negative in 2K with the help of the CNC and supervised by director Marin Karmitz. The film will be re-released in French movie theaters on May 16th, 2018. Marin Karmitz in attendance.

L'une chante, l'autre pas (One Sings the Other Doesn't) by Agnès Varda (1977, 2h, France)
Presented by Ciné Tamaris.
The film will be screened at the Cinéma de la Plage (Movies on the Beach) with Agnès Varda in attendance.
2k digital restoration from the original negative and restoration, color grading under the supervision of Agnès Varda and Charlie Van Damme. With the support of the CNC, of the fondation Raja, Danièle Marcovici  & IM production Isabel Marant, with the support of Women in Motion / KERING. International Sales MK2 films. Distribution in theaters: Ciné Tamaris (the film will be released in France on July, 4th, 2018).

Grease by Randal Kleiser (1978, 1h50, United States of America)
Presented by Park Circus and Paramount Pictures. 4K digital restoration from the original camera negative. The film will be screened at the Cinéma de la Plage (Movies on the Beach) with John Travolta in attendance.

Fad,jal (Grand-père, raconte-nous) by Safi Faye (1979, 1h52, Senegal, France)
Presented by the CNC and Safi Faye. Digital restoration carried out from the 2K scan of the 16mm negatives. Restoration made by the CNC laboratory. Safi Faye in attendance.

A Ilha dos Amores (The Island of Love / L'île des amours) by Paulo Rocha (1982, 2h49, Portugal, Japan)
Presented by Cinemateca Portuguesa – Museu do Cinema. 4K wet gate scan of two 35mm image and sound interpositives struck in a Japanese film lab in 1996. Digital grading was made by La Cinemaquina (Lisbon, Portugal) using a 35mm distribution print from 1982 as a reference. Digital restoration of the image was made by IrmaLucia Efeitos Especiais (Lisbon, Portugal).

Bagdad Café (Out of Rosenheim) by Percy Adlon (1987, 1h44, Germany)
Presented by Studiocanal. 4k Scan and restoration. Work led by Alpha Omega Digital in Munich and carried out under the continuous supervision of director Percy Adlon. Original negative, kept in Los Angeles in excellent condition, processed in Munich for scanning and image by image restoration. The film will be screened at the Cinéma de la Plage (Movies on the Beach) with Percy Adlon in attendance.

Le Grand Bleu (The Big Blue) by Luc Besson (1988, 2h18, France, United States of America, Italy)
Presented by Gaumont. A 2K restauration. Image work carried out by Eclair, sound restored by L.E Diapason in partnership with Eclair. A screening organized to celebrate the 30th anniversary of the screening of the film opening the Festival de Cannes in 1988. The film will be screened at the Cinéma de la Plage (Movies on the Beach). 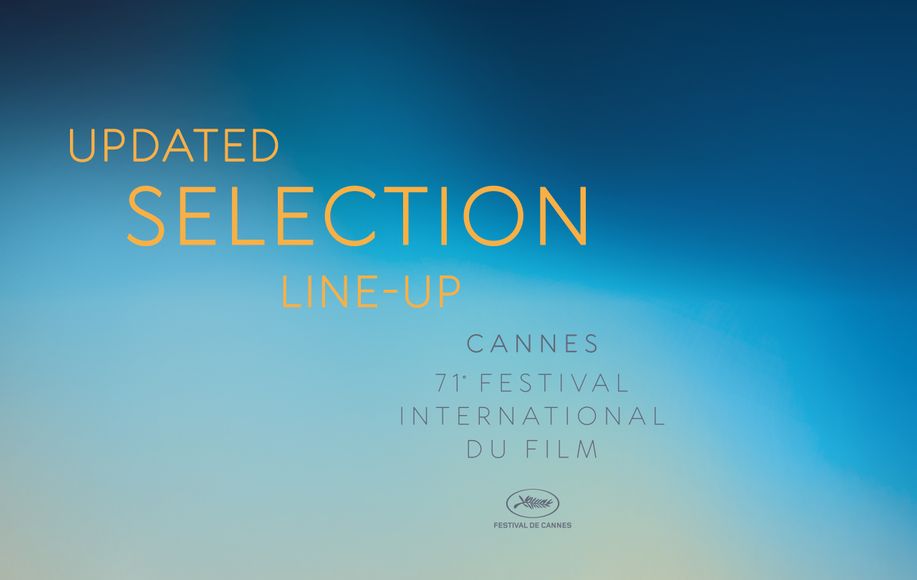