There are films screened on the last evening of the Festival that have branded the Cannes legend. With the desire to carry on with this tradition, the Festival is pleased to announce that Olivier Nakache and Eric Toledano’s new film The Specials, in Official Selection 2019, will be the Last Screening of its 72nd edition, on Saturday May 25, in the Grand Théâtre Lumière, during the Closing ceremony.

Its name will no longer be the "Closing Film," it will now be called  the "Last Screening", falling on the evening of the Closing ceremony. Its French name la « Dernière séance » is the same as Peter Bogdanovich’s French title for The Last Picture Show, and Eddy Mitchell’ song.

Since last year, the Festival de Cannes has ended on a Saturday and no longer on a Sunday. As the last night has retrieved the warmest colors of the party and celebration, the last film screened will be a beautiful end to an Official Selection launched eleven days earlier.

By renaming the closing film the "Last Screening", the Festival de Cannes wishes to reconnect with its tradition of final great screenings, as it had been the case with the memorable nights where were shown Steven Spielberg's E.T. the Extra-Terrestrial (in the former Palais, in 1982), Ridley Scott's Thelma and Louise (in the new one, in 1991) or Terry Gilliam's The Man Who Killed Don Quixote last year.

This year, the 72nd Festival de Cannes will end up on a major event : the premiere of Olivier Nakache and Eric Toledano’s new film The Specials, starring Vincent Cassel and Reda Kateb.

The Specials is a social comedy reinventing Nakache and Toledano's world, as in each of their films. Vincent Cassel and Reda Kateb lead a cast of non-professional actors and young autistic teens. The directing puts all the characters on the same level, in a film that acutely evokes social and contemporary issues, where the collective world is once again at the heart of everything : social workers, volunteers, health professionals all striving to take care of autistic teens. As usual, the two filmmakers go all out with their love of humanity, their belief in the life of the group, and humor as the first and ultimate defence in human relationships.

"Just like the characters, the viewers find themselves immersed in the life of these associations, with these families, doctors, volunteers, interns, all these heroes of solidarity championing the love of others," says Pierre Lescure, President of the Festival.

"This film is more than contemporary and carries great promises for the future," declares Thierry Frémaux, General Delegate. With The Specials as the Last Screening, and as with the other French films presented in the Official Selection, cinema in 2019 will showcase its ability to talk about cities, streets, shopping centers, filming all the faces of youth, their commitments, their music, the places they live in, their rage for life and their questioning of the world. "

The Specials was submitted at the last minute to the selection committee. The Festival de Cannes is pleased to welcome for its world premiere two filmmakers who count enormously for all lovers of cinema.

The Specials is produced and distributed by Gaumont. It will be released on October 23 in France.

The Festival de Cannes will open on Tuesday, May 14 with Jim Jarmusch's The Dead Don't Die.

The prizes will be awarded on Saturday, May 25 by the jury chaired by Mexican filmmaker Alejandro González Iñárritu.

HORS NORMES
International Title: THE SPECIALS
Written and directed by Eric Toledano and Olivier Nakache
Starring Vincent Cassel, Reda Kateb, Hélène Vincent, Bryan Mialoundama, Alban Ivanov, Benjamin Lesieur, Marco Locatelli
Produced by: Nicolas DUVAL ADASSOVSKY
A production: QUAD & TEN CINEMA
In co-production with: GAUMONT & TF1 FILMS PRODUCTION, BELGA PRODUCTIONS, 120 FILMS
With the participation of: Canal +, OCS, Ciné +, TF1
Executive producer: HERVÉ RUET
Artistic direction: MATHIEU VADEPIED
Director of Photography: ANTOINE SANIER
Production Manager: JULIA LEMAIRE
Costume Designer: ISABELLE PANNETIER
Head editor image: DORIAN RIGAL-ASSOUS
French distribution and International Sales: GAUMONT
Synopsis:
For twenty years, Bruno and Malik have lived in a different world—the world of autistic children and teens. In charge of two separate nonprofit organizations, they train young people from underprivileged areas to be caregivers for extreme cases that have been refused by all other institutions. It’s an exceptional partnership, outside of traditional settings, for some quite extraordinary characters.
Pictures of the film: https://we.tl/t-QYro8CWQoB (Copyright: Carole Bethuel / Quad – Ten Cinéma)
BIOGRAPHY OF ERIC TOLEDANO & OLIVIER NAKACHE:
Eric Toledano and Olivier Nakache began their collaboration with the short film Les Petits Souliers (1999), selected at the Clermont-Ferrand Festival.
In 2004 they made their first feature Let's Be Friends starring Gérard Depardieu and Jean-Paul Rouve. For their second film, released in 2006, they adapted their short film Ces Jours Heureux (from 2002), which became the critical and public success of Those Happy Days and in 2009 released the social comedy Tellement Proches.
In 2011 their fourth feature Intouchables, starring François Cluzet and Omar Sy, became a worldwide phenomenon. The film has cumulated more than 19 million admissions in France and more than 31 million abroad, becoming the most viewed French film in the world. I was nominated for the Golden Globes and BAFTAs, won the Goya for Best European Film, and Omar Sy was awared the César foe Best Actor.
The duo joined Omar Sy in 2014 for Samba, a comedy with Charlotte Gainsbourg, Tahar Rahim and Izia Higelin,  screened in the « Gala Presentations » at the Toronto International Film Festival in 2014.
In 2017 C'est la vie!, a choral comedy performed by a prestigious cast with Jean-Pierre Bacri as the lead, was nominated 10 times   at the César and became the most-sold French comedy abroad in 2018.
Filmography:
2019: THE SPECIALS
2017: C'EST LA VIE!
2014: SAMBA
2011: INTOUCHABLES
2008: TELLEMENT PROCHES
2006: THOSE HAPPY DAYS
2005:LET'S BE FRIENDS
2002: CES JOURS HEUREUX (Short film)
1999: LES PETITS SOULIERS (Short film)
Portait of the directors: https://we.tl/t-nIxWmYBP0B (Copyright: Marie-Laure Billette & Ludovic Sarmento)
Share the page 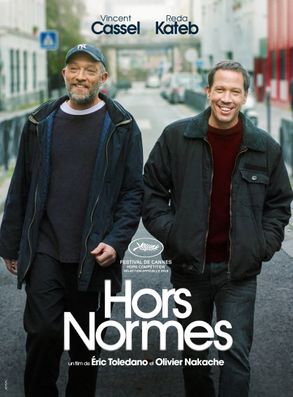 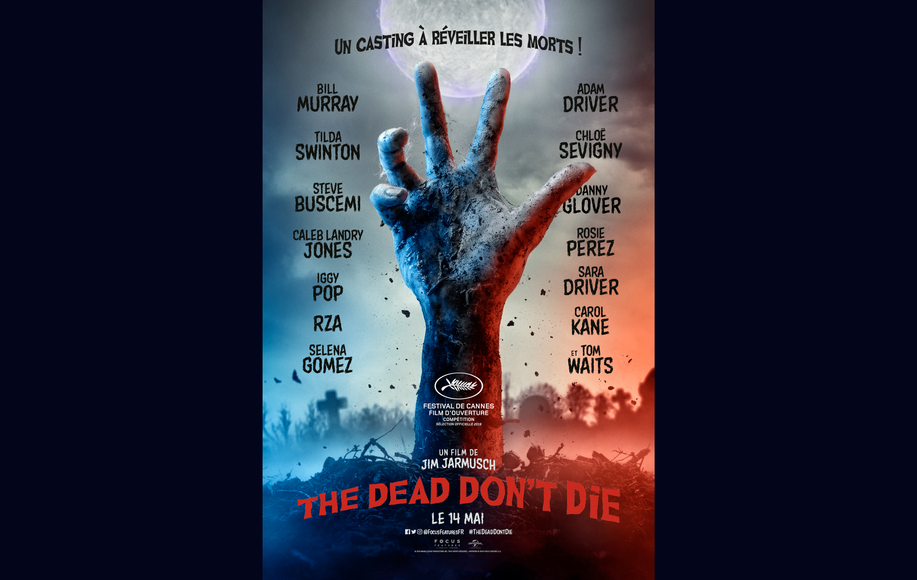 There are films screened on the last evening of the Festival that have branded the Cannes legend. With the desire to carry on with this tradition, the Festival is pleased to announce that Olivier Nakache and Eric Toledano’s new film The Specials, in Official Selection 2019, will be the Last Screening of its 72nd edition, on Saturday May 25, in the Grand Théâtre Lumière, during the Closing ceremony.