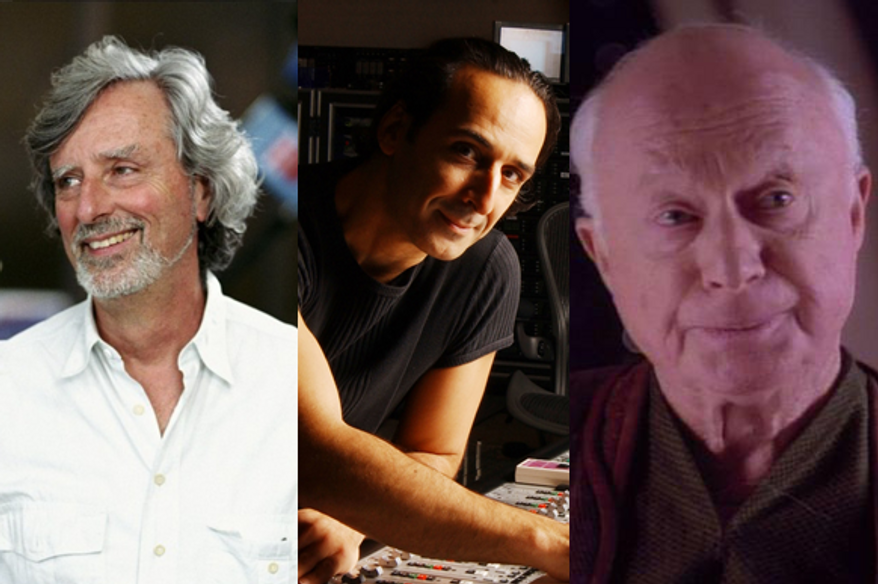 Every year, the Cannes Film Festival invites prominent figures from the world of cinema to give “Masterclasses”. Chiefly focusing on directing (previous directors have included Martin Scorsese, Quentin Tarantino, Wong Kar-wai, etc.), from time to time the Masterclasses explore other aspects of film-making.

Hence, for the 65th anniversary Philip Kaufman, Alexandre Desplat and the veteran American Norman Lloyd will each speak about their work at the Buñuel Theatre followed by a Q&A with the audience.


■ A Lesson in directing by Philip Kaufman

Director of the celebrated film The Right Stuff and the film adaptation of Milan Kundera’s novel The Unbearable Lightness of Being, Philip Kaufman has been a prominent figure in American cinema since the 1960s. Originally hailing from Chicago, he is now strongly associated with San Francisco where he has lived for the past 50 years. His body of work includes both independent and studio films – “a wide-ranging body of work that draws on his unique elements of style and philosophy”, explains Annette Insdorf, who has just written a book about him. Screenwriter (he co-wrote the original story for the script of Raiders of the Lost Ark with George Lucas) and director, Philip Kaufman will be interviewed by Michel Ciment about his work and his films and about developments in American cinema.

Information: the new Philip Kaufman film (made for HBO), “Hemingway and Gellhorn”, starring Nicole Kidman and Clive Owen, will be included in the Official Out of Competition Selection and will be screened as a world premiere.
The masterclass will take place on Friday, 25 May at the Buñuel Theatre (date and time to be confirmed).


■ “A personal history of film music” by Alexandre Desplat

A passionate love of music and cinema has resulted in Alexandre Desplat working with some of the greatest film directors of our age - Jacques Audiard, Stephen Frears, David Fincher, Roman Polanski and Terrence Malick. Following in the tradition of the French greats of film music composing, this multi award-winning artist has also composed the music for several films in this year’s Official Selection.
As a result of his 2006 Masterclass which he gave on his own work, this year Alexandre Desplat will talk about fellow composers’ work: “Great film scores, he explains, should enhance the film, the collective body of work as well as being able to exist independently of the images. It was by listening to the compositions of Delerue, Jarre, Waxman, Rota, Herrmann, Goldsmith, and Takemitsu that I was able to develop my own style. Personal and intimate, the job of the film score composer is to reveal and become part of the rhythm, light and framing of the film like an invisible character – a parallel scenario. The composer creates a subtle relationship between the images and the music resulting in an intangible vibration that makes him the third author of the film”.

The Masterclass will take place on Saturday, 19 May at the Buñuel Theatre.


■ A History Lesson by Norman Lloyd

Actor, producer and director working in both theatre (he co-founded the Mercury Theater with Orson Welles) and cinema (he is the man who falls from the Statue of Liberty at the end of Alfred Hitchcock’s 1942 film ‘Saboteur’); Norman Lloyd is an extraordinary personality who at the age of 97 has a truly unique take on American cinema history. “I first met Norman Lloyd back in 1976 at Jean Renoir’s home in Los Angeles”, explains the journalist and writer Todd McCarthy. Having already interviewed him twice on stage, I know that his appearance will be keenly anticipated. Cannes festival-goers will be thrilled to have the opportunity to meet this veritable veteran of the silver screen”.

The interview will take place on Thursday 24 May, at the Buñuel Theatre.