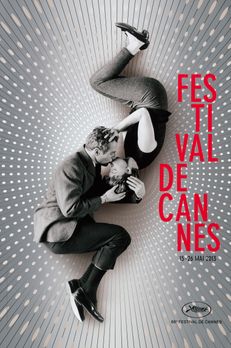 THE ORIGINAL PHOTO To grace the poster for its 66th edition, the Festival de Cannes has chosen a couple who embody the spirit of cinema like no other: Joanne Woodward and Paul Newman, photographed during the shooting of the aptly named A New Kind of Love, by Melville Shavelson (1963). For the Festival it is a chance both to pay tribute to the memory of Paul Newman, who passed away in 2008, and to mark its undying admiration for Joanne Woodward, his wife and most favoured co-star. They were honoured at the Festival de Cannes in 1958 – the year of their marriage – with the selection In Competition of Martin Ritt’s The Long Hot Summer, the first film in which they appeared together. The links between their story and that of the Festival continued with a series of films directed by Newman, who cast Woodward in unforgettable roles in The Effect of the Gamma Rays on Man-in-the-Moon Marigolds (Competition – 1973) and The Glass Menagerie (Competition – 1987). THE 2013 FESTIVAL POSTER The photograph from the shoot was isolated, remastered and redesigned by the Bronx agency, who added a kinetic element, toying with the impression of movement and depth in order to enhance the cinematographic effect. The poster evokes a luminous and tender image of the modern couple, intertwined in perfect balance at the heart of the dizzying whirlwind that is love. The vision of these two lovers caught in a vertiginous embrace, oblivious of the world around them, invites us to experience cinema with all the passion of an everlasting desire. The Bronx agency (Paris) was responsible for all the graphics of the 2013 Festival. It also created an animated film for the poster, to the soundtrack of a remixed version of the Festival’s musical theme. Arrangements: Olivier Huguenard - Emmanuel Plégat / Sismic Music Bronx (Paris), tel.: 01 47 70 70 00 / www.bronx.fr