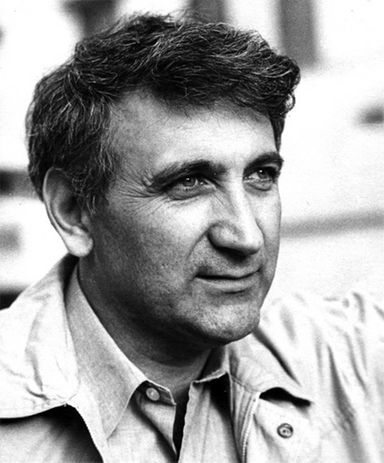 Born 26.01.1933 in Tbilisi – film director, people’s artist of Georgian SSR (1979). Older son of a star of Georgian film – Nato Vachnadze and film director Nikoloz Shengelaia. Graduated from State Cinema Institute of the Union (Moscow), faculty of film director. (S. Yutkevich workshop, 1958). In 1957-60 was working as a film director in “Mosfilm”. Together with Alexi Sakharov directed films on a fairy motives – “Frozen Heart Legend” and “Snow Fairy Tale”. In the company Georgian Film, together with Tamaz Meliava, directed “White Caravan” – a poetic story about a human and his labor, about attitude to the traditions. In 1965 directed a short film “Mikela”. He gained a wide spread recognition with the film “Unusual Exhibition” (1968). This is an ironic tragicomedy about a province origin sculptor. In 1973 he directed film “Eccentrics” – a parable of grotesque realism. Film heroes are dreamer eccentrics opposing the realities of system. In 1977 he directed “Samanishvili’s Stepmother”, by the scenario of David Kldiashvili story, where he underlined human personality. The director reflected adventure of heroes using a delicate humor. In 1978 he was awarded a “best director” prize at Cairo Festival. In 1983 he directed a satire comedy “Blue Mountains – Unbelievable Story” – created an ironic grotesque portrait of stalemated soviet society. 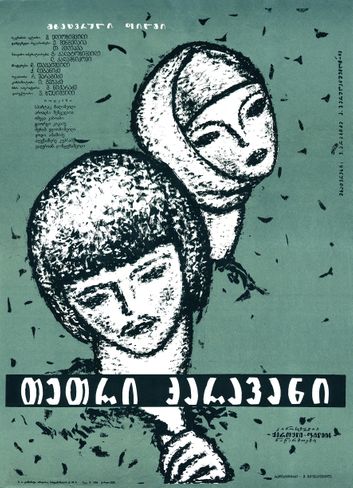 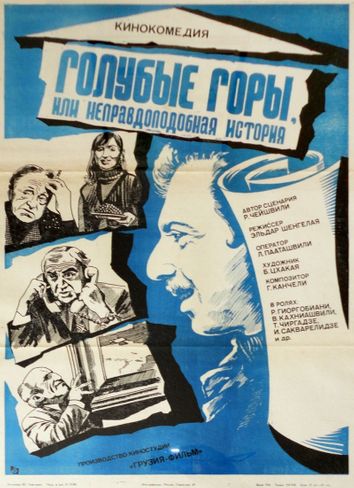 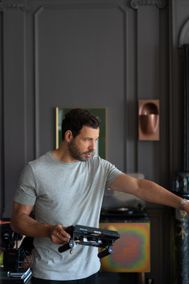 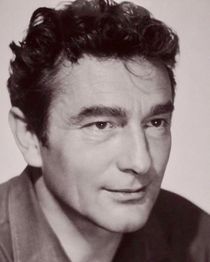