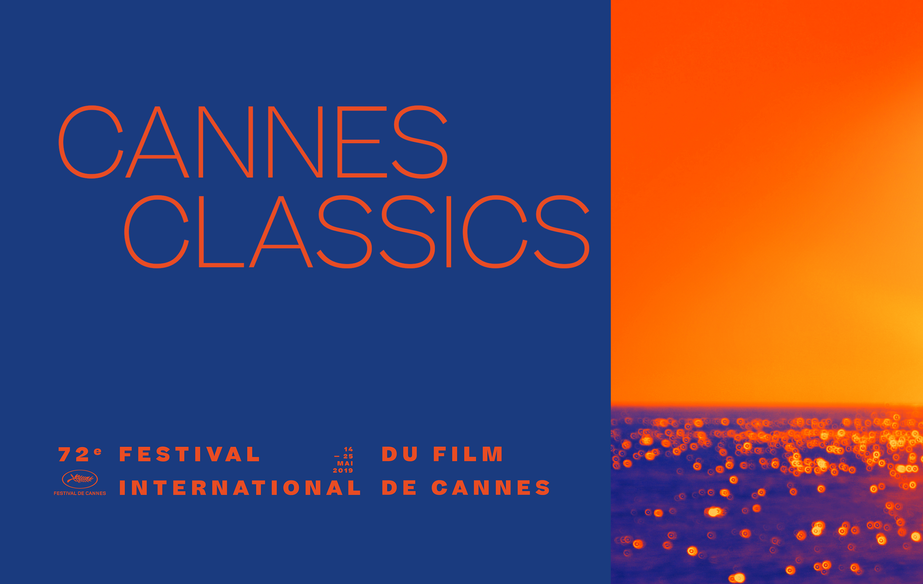 The 25 years of La Cité de la peur, a Midnight Screening of The Shining presented by Alfonso Cuarón, the 50 years of the mythical Easy Rider in the company of Peter Fonda, Luis Buñuel in the spotlight with three films, the attendance of Lina Wertmüller, the Grand Prix of 1951 Vittorio De Sica's Miracle in Milan, a final salute to Milos Forman, the first Japanese animated film in color, the World Cinema Project and the Film Foundation of Martin Scorsese, documentaries about cinema and History, masterpieces known and rare films in restored version from countries rarely honored, this is the new edition of Cannes Classics—the first section dedicated to heritage cinema ever created in a major festival.

The majority of the films will be screened at Buñuel Theater, Salle du 60e or at the Cinéma de la Plage, all presented by major players in the film heritage: directors, artists or restoration managers.

The 50 years of the mythical Easy Rider

Presented half a century ago on the Croisette, in Competition at the Festival de Cannes, the film won the Prize for a first work. Co-writer, co-producer and lead actor, Peter Fonda will be in Cannes at the invitation of the Festival to celebrate this anniversary.

Midnight Screening of The Shining

The cult comedy of comic group Les Nuls will be screened at Cannes Classics au Cinéma de la Plage upon the occasion of the 4K restoration of the film for its 25th anniversary with Alain Chabat, Chantal Lauby and Dominique Farrugia in attendance.

Presented by Studiocanal. A restoration by Studiocanal and TF1 Studio . 4K scanning 16bits from the original negative 35mm on Lasergraphics director. The pre-calibration was done in a projection room equipped by a 4k projector 4k Christie Laser by Pascal Bousquet and additional work of filtering, dusting was done to compensate the imperfection due to the age of the film. Optical illusion composited on DI on Flame to remain close to the quality of the original negative. Calibration validated by Laurent Dailland, director of photography. Original digital sound was used without modification. Work of remastering done by VDM Laboratory.

Luis Buñuel in the spotlight with three films

Three films by Mexican director and screenwriter, with Spanish origin, will be shown this year.

Presented by La Cinemathèque française. A 4K restoration of The Golden Age was done by la Cinemathèque française and le Centre Pompidou, MNAM-CCI/Experimental cinema’s department, thanks to the sponsoring of Pathé and the Maison de Champagne Piper-Heidsieck. The works have been carried out at Hiventy Laboratory for the image and at L.E. Diapason’s studio for the sound, using the original nitrate negative, original sound and safety elements.

The first woman director ever nominated as a director at the Academy Awards in 1977 for Pasqualino Settebellezze, Lina Wertmüller will introduce the film with lead actor Giancarlo Giannini in attendance.

The Palme d'or was created in 1955 but the Grand Prix awarded to Miracle in Milan by Vittorio De Sica was the equivalent.

A devotee of the Festival de Cannes, a former President of the Jury, a director with several lives, Milos Forman passed away one year ago. The restoration of his second film and a documentary will give us the opportunity to pay our tribute and remember him.

A presentation of the Národní filmový archiv, Prague. 4K digital restoration based on the original camera done by the Universal Production Partners and Soundsquare in Prague, 2019. The donors of this project were Mrs. Milada Kučerová and Mr. Eduard Kučera. Restored in partnership with the Karlovy Vary International Film Festival and the Czech Film Fund. French distribution: Carlotta Films.

Presented by Negativ Film Productions, Alegria Productions, Czech Television, ARTE. A powerful documentary that recounts with emotion the career of director Milos Forman, from the Czech New Wave to Hollywood. Oscars, politics and political upheavals for a life in the service of cinema.

All the restored films of Cannes Classics 2019

Presented by TF1 Studio. Restaured version in 4K using two intermediate and a duplicate done by TF1 studio, with the support of the CNC and Coin de Mire cinéma. Digital and photochimical work done by L21 laboratory.

Presented by Malavida. Scanned, calibrated and restored in 4K under the artistic supervision of Andrzej Wajda and Jerzy Wójcik, second DOP, and regular collaborator of Wajda (Ashes and Diamonds) and one of the greatest Polish DOP. Technical supervision: Waldermar Makula. 4k Scan from the original negative, image and sound. Producted by Studio Filmowe Kadr with the participation of  Filmoteka Narodowa. French distribution: Malavida. International Sales: Studio Filmowe Kadr.

Presented by  Toei Animation Company, ltd., Toei company, ltd. et and National Archive of Japan. The project celebrates the 100th year anniversary for the birth of Japan animation and 60th anniversary for the original theatrical release in 1958.
4K scan and restoration from the original negative, 35mm print, tape materials, and animation cels by Toei lab tech co., ltd. et Toei digital center are carried out. The restored data is stored in 2K.

The original uncensored  version presented by the Hungarian National Film Fund – Film Archive. The film was restored in 4K using the original camera negative and outtakes, the only existing uncensored positive print and the original magnetic sound. The restoration was carried out at the Hungarian Filmlab. The digital colour grading was supervised by Tamás Andor (HSC, Hungarian Society of Cinematographers).

Presented by Ciaofilm. Restored in 2k from the original negative 16mm image. Sound restoration from the 16mm magnetic. Work done by Hiventy laboratory  under the supervision of Ciaofilm and Pascale Le Garrec, with the help of the CNC, Région Bretagne and the Cinemathèque de Bretagne. Distributed by Next Film Distribution.

Presented by the CNC. Restoration: Laboratory of the CNC. 2K scan from the original 16mm image negative. Sound restoration : Hiventy. This movie fits into the restoration scheme initiated by L’Institut français and the CNC, supervised by the commitee for the African cinematographic heritage. Right-holders: Marsa film. French Distribution: Les Films du Losange.

Presented by Studiocanal, in partnership with Paramount, Lionsgate and Imagine Ritrovatta. Restored in 4k, initiated and supervised by Oliver Stone from the original negative, scanned in 4k 16 bits on ARRISCAN at Fotokem US. Restoration managed by Imagine Ritrovatta in Italy. Calibrated work supervised by Oliver Stone. Immersive soundtrack thanks to the Atmos mix created by Formosa Group, Hollywood, under the supervision of Dolby and original mixers of the film Wylie Stateman and Lon Bender. The movie can be seen in 7.1 and 5.1. Remastered 4K now available in 4K Cinema, UHD Dolby Vision and Atmos. French distribution: Carlotta Films for Studiocanal.

Presented by Dogwoof and Cinetic Media.

Presented by les films du Phœnix  in coproduction with Ciné+.

A personal and moving portrait of actor Johnny Hallyday by great cinematographer, director and friend of Johnny's Pierre-William Glenn.

The destiny of legendary actress Anna Magnani through archive footage, often unpublished. To dive into the history of Italian cinema.

Presented by Erma Pictures in collaboration with Cinecittà Luce.

A presentation of Erma Pictures in collaboration with Cinecittà Luce.

The last interview of the Master Bertolucci who recalls his work with precision, delicacy and philosophy. A movie lesson.

Presented by Negativ Film Productions, Alegria Productions, Czech Television, ARTE. A powerful documentary that recounts with emotion the career of director Milos Forman, from the Czech New Wave to Hollywood. Oscars, politics and political upheavals for a life in the service of cinema. 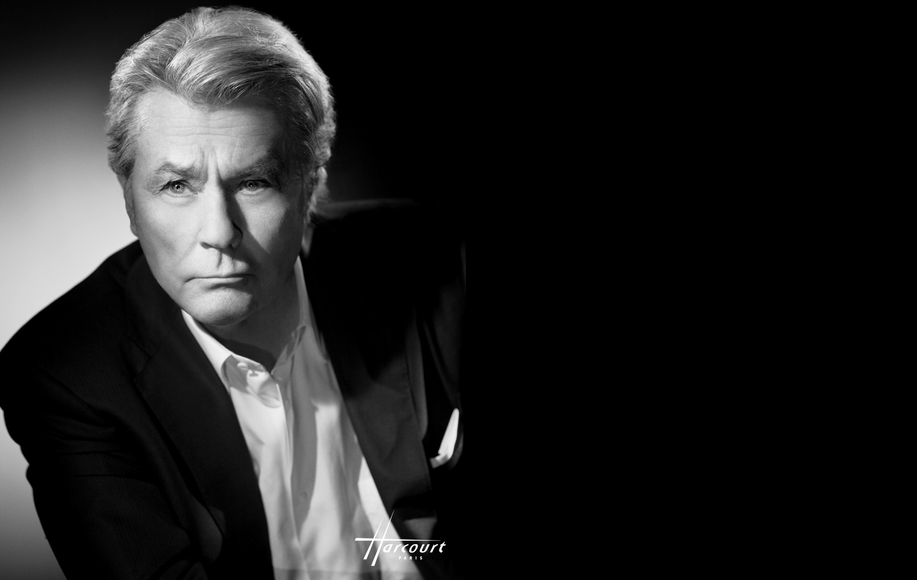