In the Mood for Love © RR

For the 17th consecutive year, here is the program of the classic cinema section of the Cannes Festival. Restored prints, celebrations and documentaries will be programmed.

Since the beginning of the 2000s, when we were still unaware that the relation of contemporary cinema to its own memory would be shaken up by the emerging appearance of digital technology, the Festival  de Cannes created Cannes Classics, a selection allowing to display the work of valorization of heritage cinema carried out by production companies, right-owners, cinematheques or national archives from around the world. Now an an essential component of the Official Selection, in a dimension to the history of cinema from which many international festivals have got inspired from, Cannes Classics presents the masterpieces and rarities of the history of cinema in restored copies.

Because the Festival de Cannes also provides itself with the means of achieving the mission of enchanting the relationship of today's audience with the memory of cinema, Cannes Classics sets the prestige of the biggest festival in the world at the service of rediscovered cinema, accompanying all the new exploitations of great works from the past: theatrical releases, DVDs / Blu-rays, distribution on platforms or on VOD.

The program of Cannes Classics 2020 edition consists of twenty-five feature films and seven documentaries. Since the Festival de Cannes did not take place, Cannes Classics 2020 will be hosted, in whole or in part, by the festival Lumière in Lyon (October 10-18, 2020) and by the Rencontres Cinématographiques de Cannes (November, 23-26, 2020).

The 4k restoration of the film made from the original negative was lead by Criterion and L'Immagine Ritrovata under the supervision of Wong Kar-wai. In the Mood for Love, by Hong Kong director Wong Kar-wai, made its lead actor Tony Leung win the Male Interpretation Prize.

Actress Tilda Switon in her first big screen role to pay tribute to film director and film theorist Peter Wollen. It will be the rediscovery of a rare work.

Presented by the British Film Institute (BFI). The 4K remastering by the BFI National Archive was from the original Standard 16mm colour negative. The soundtrack was digitised directly from the original 35mm final mix magnetic master track. The remastering was undertaken in collaboration with the film's producer, Rebecca O'Brien and cinematographer, Witold Stok.

Presented by IndieCollect and the Hollywood Foreign Press Association. The restoration of The Story of a Three-Day Pass (La Permission) was funded by a grant from the Hollywood Foreign Press Association. The original film elements were found by the IndieCollect team during its inventory of Melvin Van Peebles’ New York apartment and storage facility. To create the restoration, the IndieCollect team used a 5K Kinetta Archival Scanner to digitally capture the 35mm Interpositive of the American version and combined it with elements scanned from the French version. Color grading and restoration were completed in-house by Oskar Miarka, and the titles were recreated by Cameron Haffner. Sandra Schulberg translated the French dialogue and new English subtitles were created.

Presented by Ciaofilm. The film was scanned in 4K and restored in 2K from the original 16mm negative. Image works carried out by ECLAIR Classics and by L.E.DIAPASON for the sound under the supervision of Moïra Chappedelaine-Vautier with the support of the CNC, the Cinémathèque de Bretagne and the Région Bretagne.

French theatrical distribution in 2021. DVD / Blu-ray release by Les Mutins de Pangée and in VOD on Cinémutins in 2021.

Préparez vos mouchoirs (Get Out Your Handkerchiefs) (1977, 1h50, France) by Bertrand Blier

Presented by TF1 Studio and Orange Studio / CAPAC. 4K Restoration from the picture negative and the French magnetic soud track, supervised by Bertrand Blier. Digital works carried out by Eclair laboratory in 2019.

Presented by Cohen Film Collection. The primary source element for the restoration of Hester Street was the original 35mm camera negative. Brief sections of duplicate negative, in particular the opening title sequence with burned in titles, were cut into the original negative in order to produce the original release prints. 4K scanning and restoration work was carried out by DuArt Media Services in New York.

Presented by Asian Film Archive. 4K film and sound restoration was carried out by L'Immagine Ritrovata using the sole-surviving 35mm film positive. The raw and restored 4K scans, a new 35mm picture and sound negatives, and a new positive print of the restored version of the film have been produced and are preserved by the Asian Film Archive.

Presented by Polish Film Classics. 4k Scan and 2K restoration carried out by DI Factory and the reKino team by keeping the guidelines of DOP Witold Sobociński (this restoration is dedicated to him) who could eventually achieve the image he wished to obtain in 1973. Artistic supervision: cinematographer Piotr Sobociński Jr. Right-owners: WFDiF.

L’Amérique insolite (America as Seen by a Frenchman) (1959, 1h30, France) by François Reichenbach

Presented by Films Paris New York and ARTE. First digital 2K restoration from the original 16mm negative scanned in 4K carried out with the support of the CNC. Image works were carried out by ECLAIR Classics and by L.E.DIAPASON for the sound.

Martin Scorsese’s The Film Foundation has strived to preserve the world's cinematographic heritage and has offered us masterpieces, rare films and has supported the preservation and restoration of cinema, ensuring its survival for future generations with passion and fervor since 1990. This year, Pier Paolo Pasolini will be honored and a legendary believed to be lost Iranian film will be presented by The Film Foundation's World Cinema Project.

Presented by The Film Foundation. Restored by the Cineteca di

Bologna at L’Immagine Ritrovata laboratory and The Film Foundation.

Presented by The Film Foundation's World Cinema Project. Restored by Cineteca di Bologna at L'Immagine Ritrovata and The Film

From the filmmaker who stepped away from the Competition at the Festival de Cannes after his Palme d'Or in 1960, here is the all newly restored for the occasion film which enabled him to win the Oscar for best foreign film in 1957, along with his first film in a stunning restoration and a furiously original documentary. Federico Fellini will be celebrated in his favorite and a festival close to his heart.

Presented by The Criterion Collection and The Film Foundation.

Presented by Mad Entertainment, Rai Cinema and Walking the Dog with Rai Com and Arte. Powerful, close to the reverie dear to director Federico Fellini’s heart, this surprising and original documentary takes us into the whirlwind of the work of this genius through the prism of dreams and minds.

Presented by Cinématographique Lyre and Théâtre du temple. 4K Restoration in its uncut version by Cinématographique Lyre company, original coproducer of the film, with the support of the CNC, the Cinémathèque française, Pathé and the Institut Audiovisuel de Monaco. Works carried out by the teams of the L’Immagine Ritrovata (Bologna) and Hiventy (Boulogne-Billancourt) laboratories.

About Wim Wenders: a rich and captivating journey in a large-scale documentary where many artists (Ry Cooder, Patti Smith, Dennis Hopper) express themselves.

Alida Valli: In Her Own Words (Alida) by Mimmo Verdesca (1h45, Italy)

Director Mimmo Verdesca paints with great subtlety and great affection the portrait of an Italian actress with an extraordinary destiny and talent: Alida Valli.

A definitive documentary with Mathieu’s Amalric narration voice over.

Presented by Kuiv productions in association with Lobster films and France télévisions.

Bruce Lee: the legend, the martial artist, the actor, the Asian man who conquered the world. Always present in our hearts of moviegoers, the fighter as you have never seen him with archives from his family's personal collection.

Presented by ESPN and Dogwoof. The film was presented as a world premiere at Sundance Film Festival in January 2020.

The Blues Brothers star whose name evokes the American comedy of the late 70s. Without any onscreen speaker, a real inventory of everything that can exist and that we had never seen on John Belushi, an unequaled exploration of the career of this great actor with such crazy energy.

Presented by Paloma Rocha Produções Artísticas e Cinematográficas (Paloma Cinematográfica) and Luba Filmes. In 1979 Glauber Rocha hosts a television program where he begins a real political street fight, going out to be close to the people. The Brazil of yesterday dialogues with the Brazil of today in this remarkable documentary about film history and contemporary Brazil. 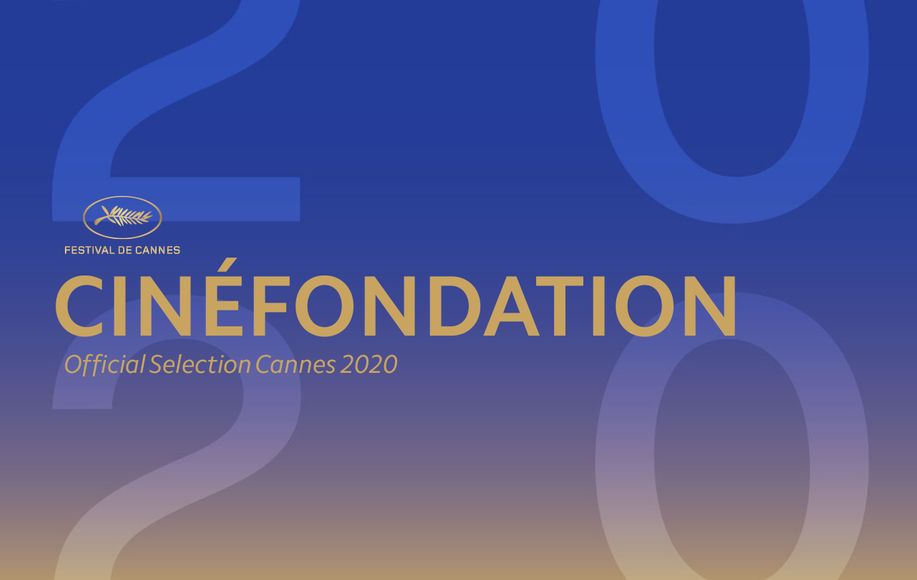 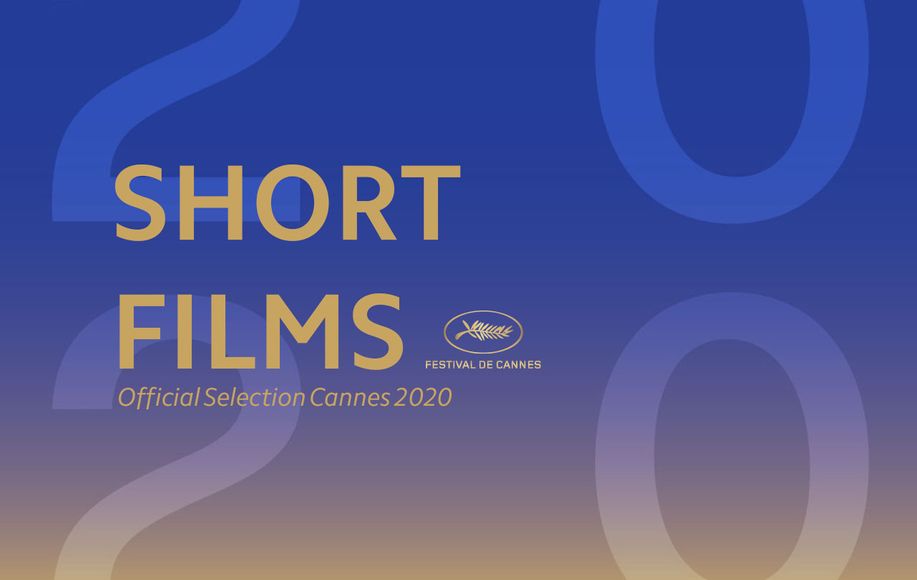