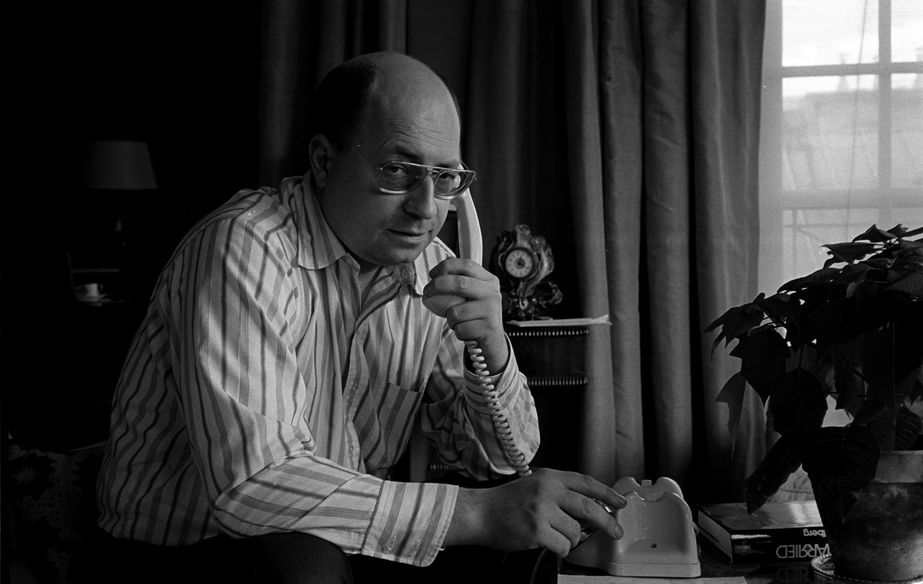 In January 2017, in his Cannes journal Sélection officielle, Thierry Frémaut referred several times and at some length to Pierre Rissient, recently deceased. In sorrow, and as a tribute to this admirable cinephile and great friend of Cannes, we would like to publish these words and dedicate the 2018 Festival de Cannes to him.

"Hello old friend. Confirmation: Eastwood is filming this fall." In his works, Pierre Rissient wavers between the naive observer and the spy. "You know Clint, he won't waste any time. And Warner will release it in the June rush," he says to me, with a happy look that I can almost hear over the phone. But he immediately acknowledges that it won't be an easy thing to draw the film to Cannes.

Just as Jean Douchet, another essential figure in our cinephile mythologies, Rissient invented his own unique persona: critic, historian, press agent, intelligence officer, mannequin for Asian shirts, hilarious conversationalist – in 1982, he even shot a feature film in Manilla, Cinq et la peau (Five and the Skin), based on a script that was remotely inspired by Pessoa. Over the past forty years, and more often than not from the wings, Pierre has influenced world cinema by opening up new frontiers. They were virtual frontiers, such as anointing as auteurs filmmakers who did not appear to be auteurs (from the directors referred to as the "Four Aces of MacMahon", to the canonisation of Eastwood, as early as Play Misty for Me). But he opened up new geographical frontiers as well, being one of the first to explore filmmaking in distant lands (Philippines, China, Singapore, Australia, Korea). Without him, would we have seen the films of King Hu or Lino Brocka? Who would have discovered the first short films of a young New Zealander named Jane Campion? This tireless explorer, called Mister Everywhere by his American friends, has always reminded me of these judoka pioneers who would go to Tokyo to prostrate themselves before the origin of the world and get into the melee on tatami mats with Japanese youngsters from Tenri or Meiji University.

After a first incarnation dedicated to Hollywood filmmakers of the virile, one-eyed Western ilk, Pierre went off to investigate Asian modernity. He discovered films none of us had seen before, he met filmmakers none of us had heard of, and he plaited the laurel wreath for the aging Im Kwon‐taek that he so deserved to wear. From his expeditions, he brought back snippets of film, business cards and a veneration of some living local treasures whose names were unknown to anybody else. In Manilla, he began his habit of buying floral printed tunics that he wears even to official dinners in Cannes under the disdainful eye of the profane in their tuxedos, who have no idea that this man with a loud voice has an open door to everyone and everywhere that counts. With his bald pate and caustic wit, Pierre has the look of a playful and laughing Buddhist monk. The patient architect of his own legend, which began when he was an assistant on the set of À bout de souffle (Breathless), a close buddy of Raoul Walsh and Fritz Lang, having arguments with Losey (whom he calls "Loci") and, it appears, a night of lovemaking with Hedy Lamarr, everything about him is evocative of Le Grand Récit, even when he whispers poems by Keats. With a mutable frame of mind, alternating between cheerful and moody, he is extremely polite except when he loses the small dose of patience he can muster, and he has tantrums that are hardly appropriate for his age, but that greatly amuse his friends, including Bertrand who has smothered him with affection for the past 50 years. Because Pierre is gifted with the unwavering curiosity that has kept him at all times open to giving advice, reading a script, launching a young filmmaker, appreciating a restored copy. He can also show very sharp teeth that can shred a filmmaker. When he took his distance from Wong Kar‐wai, he would only call him Wrong Kar‐wai (but then he came back to him because he found that his films were better). And on the subject of McCarthy's blacklist, he has always been outraged by informants.

Pierre has been diabetic for years and never begins a meal without giving himself a big injection in the stomach. It is a bit startling until you get used to it. Nowadays, Pierre's boat is moored more often than it used to be, but he is still dreaming of travels and he is the very incarnation of the idea of cinema that for his generation has been an instrument for discovering the world."

In January 2017, in his Cannes journal Sélection officielle, Thierry Frémaut referred several times and at some length to Pierre Rissient, recently deceased. In sorrow, and as a tribute to this admirable cinephile and great friend of Cannes, we would like to publish these words and dedicate the 2018 Festival de Cannes to him.