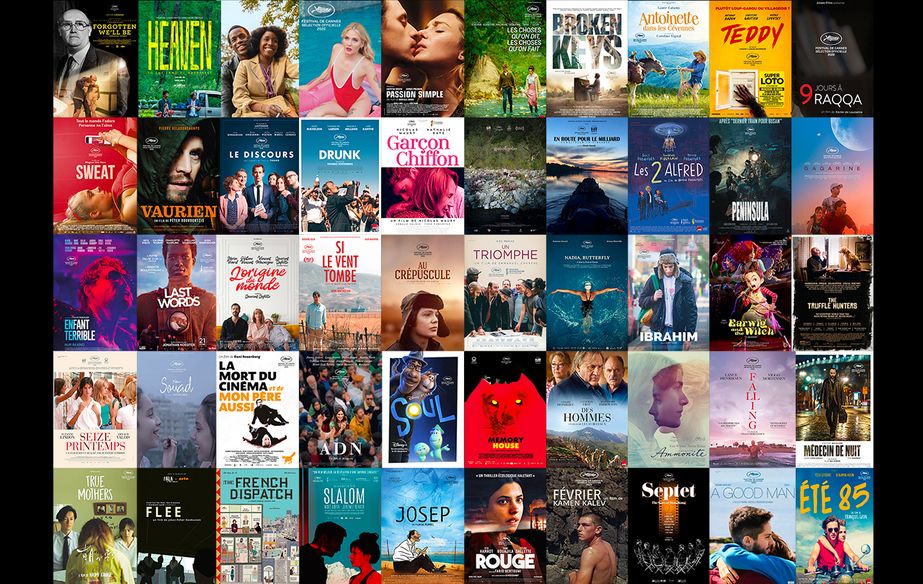 The 2020 Official Selection across the world © Festival de Cannes

“We will bring the films that carry the logo of the Cannes 2020 Official Selection to life in cinemas, at festivals and everywhere else... We will accompany them physically, digitally, and through the media. In short, we will be at their side”.

That’s the commitment that Pierre Lescure and Thierry Frémaux made last May following the announcement that the Festival de Cannes would not be held in 2020. Since then, even if only nine films made it to the big screen in France, the Official Selection has travelled to different festivals both in France and abroad, and has already shown promise on the route to awards season. Here is a recap of the figures so far while we impatiently wait to (re)discover the 2020 Official Selection to cinemas.

OVERVIEW OF THE 2020 OFFICIAL SELECTION

Up until now, the films of the 2020 Official Selection have received 155 awards and 252 nominations internationally.

The animated film from Disney’s Pixar Animation Studios comes out on top as the Cannes 2020 film with the most awards to its name, 50 total, of which eight are for Best Animated Feature Film and nine for Best Original Score. SOUL is currently available to stream on Disney +.

The Danish dramatic comedy that established itself in the United States as one of the best foreign films of the year and for which the performance of the quartet of principal actors was also particularly praised the world over, notably at the European Film Awards.

This very contemporary film immersed in the world of social media - and it’s darker side - won big at the Polish Film Festival with six prizes, among which were Best Film, Best Director and Best Actress. 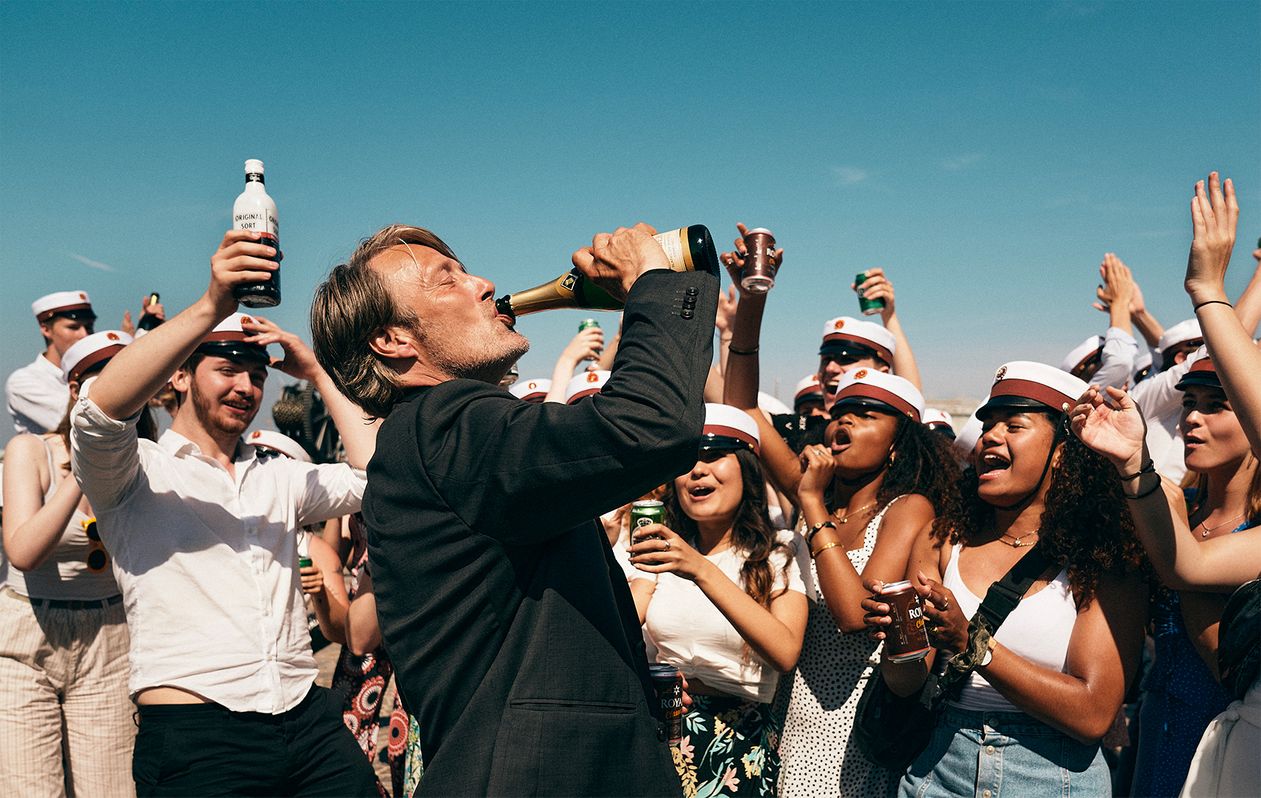 Cannes 2020 was unique in that the traditional selection was replaced by a new system of classification created especially for the occasion.

The only competitive categories retained at the "Cannes 2020 Special" event held in the autumn were the short film competition and the Cinéfondation selection. Egyptian Director Sameh Alaa received the Short Film Palme d'Or for I AM AFRAID TO FORGET YOUR FACE, while Ashmita Guha Neogi’s CATDOG, Yelyzaveta Pysmak’s JA I MOJA GRUBA DUPA (My Fat Arse and I), Lucia Chicos's CONTRAINDICATII (Contraindications) and Elsa Rosengren’s I WANT TO RETURN RETURN RETURN stood out among the film school works.

These beautiful short pieces as well as the success of the 2020 Selection’s “First Films” underpin the Festival de Cannes' role of discovering and promoting new talent throughout the world.

Ranking of the most highly awarded categories in 2020 and their most successful films:

The support that the Festival de Cannes gives to the films of the 2020 Official Selection materialises as several collaborations with other festivals: La Rochelle, Deauville, the Lumière Film Festival in Lyon, as well as Rome, Busan and even the San Sebastián International Film Festival which is the festival that, this year, has given the most awards to 2020 Official Selection films with a total of nine awards and ten nominations. One of the stand-out moments of the event has to be the triumph of BEGINNING, the first film from director Dea Kulumbegashvili, which received the Golden Shell for best film as well as the award for Best Director, Best Actress and Best Screenplay.

A beautiful show of solidarity for films stamped with the “Cannes 2020” mark, films that have captivated audiences both in France and beyond.

First of all on a European level, with the triumph of Thomas Vinterberg’s DRUK (Another Round) at the European Film Awards where it scooped up the four most prestigious awards of the competition: Best Film, Best Director, Best Actor for Mads Mikkelsen and Best Director. A remarkable list of awards to which Best Comedy for Emmanuel Courcol’s UN TRIOMPHE (The Big Hit) and Best Animated Feature Film for Aurel’s JOSEP can be added.

It is also worth noting the high representation of Cannes 2020 films at the Chicago International Film Festival where they received a total of three awards and six nominations. Notably, Magnus Von Horn’s SWEAT, selected for the Cannes “Newcomers” category, scooped up the Gold Hugo, the award for best film. Alice Rohrwacher’s LAZZARO FELICE (Happy As Lazaro) and Céline Sciamma’s PORTRAIT DE LA JEUNE FILLE EN FEU (PORTRAIT OF A LADY ON FIRE) also received this award in 2018 and 2019 respectively, an indication of a bright future for Polish dramas.

Overall, the films of the Cannes 2020 Official Selection have travelled to some 40 festivals in 27 different countries across every continent.

AWARDS THAT REFLECT THE FESTIVAL'S COMMITMENTS

Some of the Official Selection 2020 films have been recognised just as much for their political or social message as their artistic value:

Charlène Favier’s SLALOM, which tells the story of a controlling relationship between a young athlete and her Alpine ski trainer, received the Prix d’Ornano-Valenti at the Deauville American Film Festival. Each year, this award recognises a French first film in order to help support its wider recognition, promotion and exportation.

The Prix Ornano-Valenti was given to Ladj Ly in 2019 for his film LES MISÉRABLES which also received the Cannes Jury Prize the same year and César Award for Best Film in 2020.

FALLING, Viggo Mortensen’s directorial debut that tells the personal story of his family, received the Sebastiane Award at the San Sebastián International Film Festival. The award recognises the film that best reflects the values and reality of lesbian, gay, bisexual and transgender people.

In 2017, Robin Campillo received the Sebastiane Award for his film 120 Battements par minute (120 Beats per Minute), as well as the Cannes Grand Prix.

EN ROUTE POUR LE MILLIARD (Downstream to Kinshasa), the documentary from Congolese Dieudo Hamadi follows a group of men fighting to seek reparations from the failing state, received an honourable mention from the Amplify Voices Award jury at the Toronto International Film Festival. This award aims to recognise feature-length films from under-represented directors. Due to the ongoing COVID-19 pandemic, numerous institutions have seen huge disruption to their calendars. Here is an overview of the biggest upcoming events in cinema at which the 2020 Official Selection has already established a presence.

As is tradition, the Académie des Lumières has once again inaugurated the season of major awards ceremonies. Staying true to its usual scheduling, the 26th Lumières Awards took place on the 19th of January, 2021. Five Cannes 2020 films came away with a total of seven awards between them:

Three other films from the 2020 Official Selection were nominated for awards:

The 35th Goya Awards were held on the 6th of March, 2021. EL OLVIDO QUE SEREMOS (Forgotten we'll be) by Fernando Trueba won in the Best Iberoamerican Film category, while FALLING by Viggo Mortensen was nominated in the Best European Film category.

The 46th César Awards took place on the 12th of March, 2021, with seven Cannes 2020 films flying the banner for the Festival, for a total of 40 nominations. Four films received awards:

The 36th Film Independent Spirit Awards will take place on the 24th of April, 2021. SMALL AXE, Steve McQueen's anthology mini-series (the first two episodes of which, MANGROVE and LOVERS ROCK, were part of the Official Selection for Cannes 2020) has been nominated for the Best New Scripted Series Award.

The 93rd Academy Awards ceremony will take place on the 25th of April, 2021. Thomas Vinterberg's DRUK (Another Round) has been nominated in two categories, the Academy Award for Best Director and for Best International Feature Film (representing Denmark). Pete Docter's SOUL also has three chances of walking away with an award, nominated in the Best Animated Feature, Best Original Score, and Best Sound categories.

The Festival de Cannes warmly congratulates all of the 2020 Official Selection films for all of their successes, despite a difficult year for cinema, and wishes them all the best for the ceremonies yet to come. 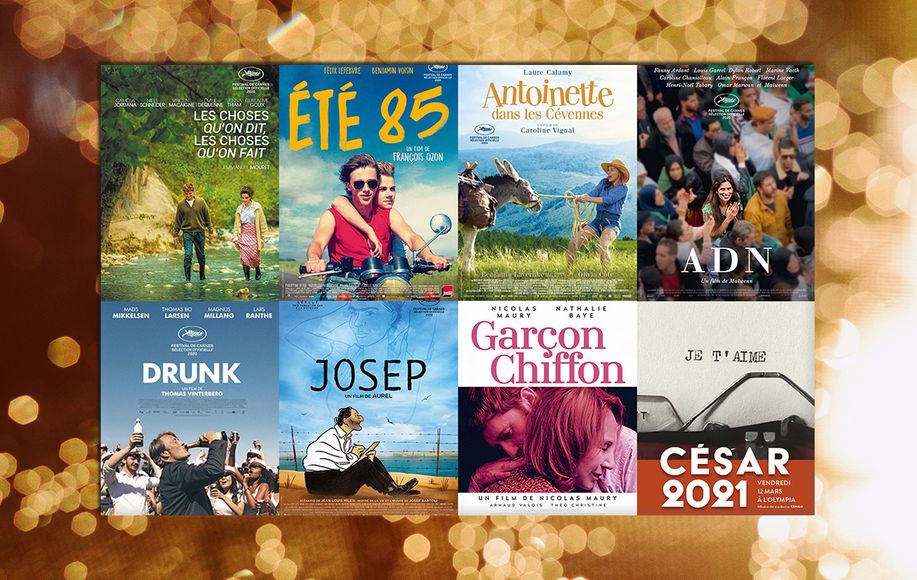 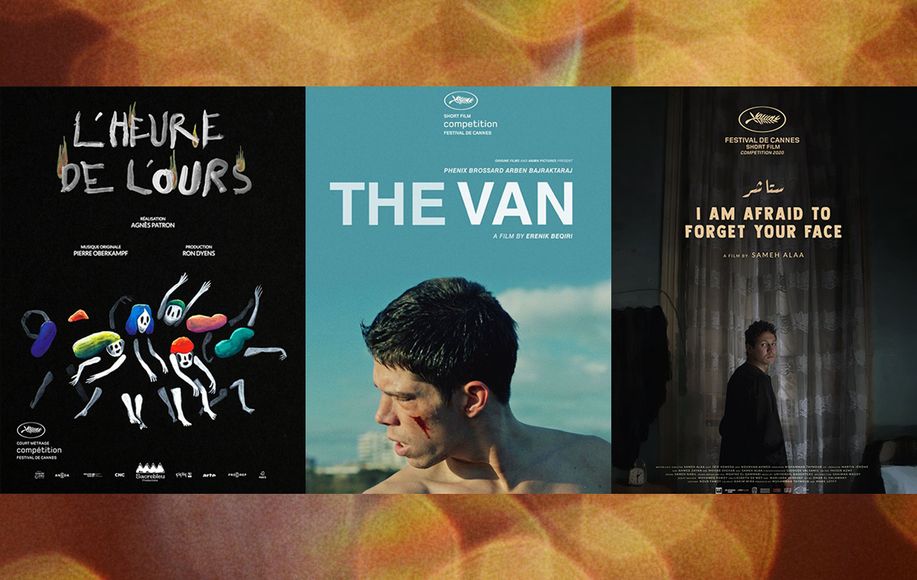 “We will bring the films that carry the logo of the Cannes 2020 Official Selection to life in cinemas, at festivals and everywhere else... We will accompany them physically, digitally, and through the media. In short, we will be at their side”.

That’s the commitment that Pierre Lescure and Thierry Frémaux made last May following the announcement that the Festival de Cannes would not be held in 2020. Since then, even if only nine films made it to the big screen in France, the Official Selection has travelled to different festivals both in France and abroad, and has already shown promise on the route to awards season. Here is a recap of the figures so far while we impatiently wait to (re)discover the 2020 Official Selection to cinemas.