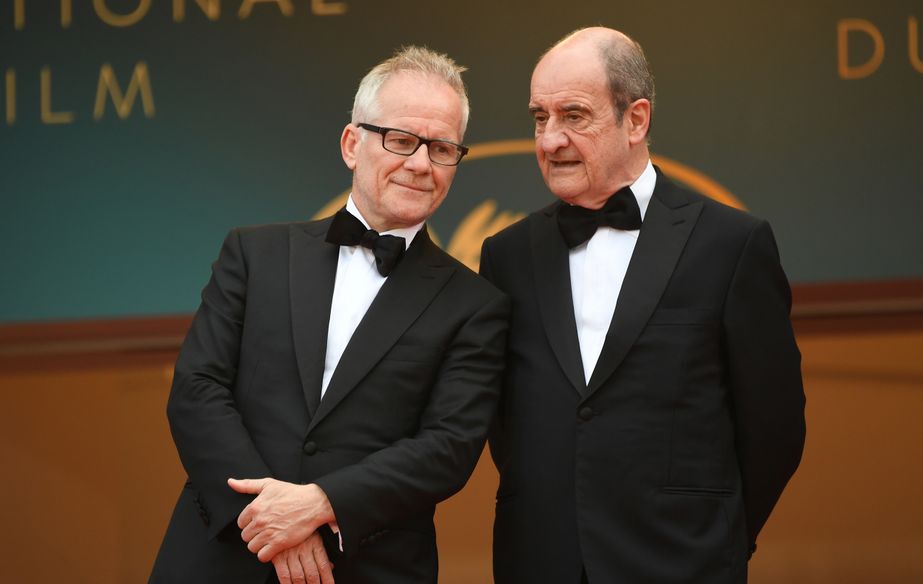 EXCLUSIVE INTERVIEW with the General Delegate of the Festival de Cannes, who is still determined to hold the 73rd edition.

Thierry Frémaux is not giving up. A sudden cancellation of the Festival de Cannes is not on the agenda. While postponement until the end of June or beginning of July may no longer be possible after Emmanuel Macron's pronouncements on Monday evening, which specified in particular that "large festivals and events with large audiences cannot take place before mid-July at the earliest", the General Delegate is still considering other options.

LE FIGARO. - The parallel events of the Festival de Cannes (Directors' Fortnight, Semaine de la Critique and ACID) have announced their cancellation. Are you the last to consider it?

Thierry FRÉMAUX. - Yes. The first and the last.

Would you say that it's possible the 2020 edition of the Festival de Cannes could take place right up to December 31?

Since Monday evening, we have conceded it is impossible to hold Cannes in July. We considered it - it's not obstinacy, it's not for the festival itself, but for the things it serves: the works, the artists, the industry professionals, the theatres, the audience. For the economic reboot of the whole sector. And for the Cannes tourism bodies, which have demonstrated great understanding. The future is more uncertain than ever. It could be dark: all festivals could be cancelled,  including those at the beginning of autumn. It could brighten as summer approaches and allow us to draw up other scenarios for the following months. It goes without saying that public health remains the priority.

Do you envisage a reduced-format festival, without certain countries, if the borders outside Europe have not been reopened and with a limited number of masked spectators and accreditations per theatre, if the lockdown measures require it?

We were considering different formats, including a masked red carpet! But everyone understands, the situation is clear now: if a festival goes ahead, it will be because everything is going ahead, that life has gone back to normal. The exit from lockdown begins on May 11. We will see how that goes. But if the virus has not gone away properly by the summer, the authorities will not allow any mass event for a long time. In any case, since nothing can be considered before mid-July. This means that the first meetings would take place when the schools are due to go back in September. In what form, remains to be seen.

Does that mean that films stamped: "Festival de Cannes official Selection"  could come out in theatres even though a physical edition of the festival may not go ahead?

We may consider it. Let's say a "Cannes2020" label rather than an offical Selection one, because the latter would imply that the festival were going ahead "as normal". And that we want to combine the parallel sections in it. This label would allow us to promote the films we've seen and to keep track of them in the complex situation of their autumn release. We are sent wonderful films from everywhere and it is our duty - and our wish - to help them to exist and to find an audience. Because the Selection never stopped. The films are there, we will watch them right up to the end of June! We are in the process of putting our project together based on consultations we are conducting with the CNC (National Centre for Cinema), with industry professionals and with Cannes city council. We didn't want to leave the field on April 15 and move straight on to next year. We don't want to abandon the films and those who made them possible. We want to be present in the autumn in order to play our part in the huge construction effort of rebuilding cinema. This profession, like others, is facing the risk of becoming a wasteland. We must all demonstrate our energy and our unity. The Festival de Cannes wants to play its part in that.

So no chance of seeing the films being presented digitally by the Festival?

The directors and producers would have to agree to it, which is not the case. And that is not our intention, our tradition or our belief. The few trials which have already been carried out do not seem to be conclusive. However, the answer is yes for the Marché du film, which is going to offer a digital version of its sales and purchasing activities for professionals from June 22 to 26. This is the first stage of the redeployment of Cannes 2020. But a digital festival? No. Cannes is a festival, a gathering, a collective judgement, an influence. Screenings, cheers, whistles and the rest. When a film is shown on the Croisette, it is applauded, it is rewarded, it is sold, bought, distributed. Let's remember Parasite. The added value of all of that is irreplaceable: regretably so, dare I say, considering today's situation.

At the moment, we are seeing many classic films on new platforms, but that does not have the impact of tens of thousands of spectators at the Lumière festival who come to see them in theatres in Lyon. Because Cannes stands up for films screened in theatres. And the theatres are now at their worst point. We must help them and that will take time. We must bring new formats, ideas and events to them. The platforms are succeeding with series and with films - from the cinema.

Let's wait until life starts up again and the films shout from the rooftops that they are still a force to be reckoned with: far from the dark predictions that are posted here and there about the death of cinema.