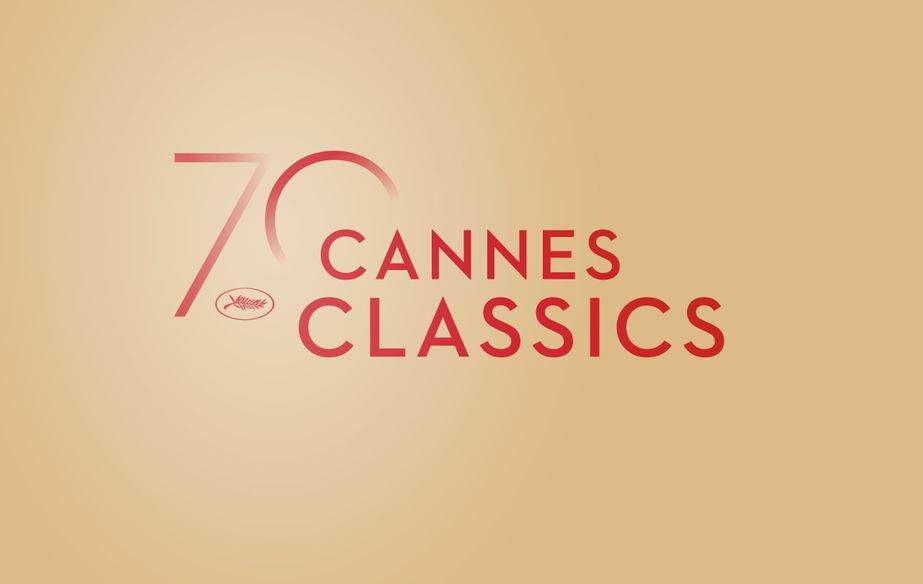 The program of Cannes Classics 2017 will be dedicated for its most part to the history of the Festival.

Almost fifteen years ago, when the relationship between contemporary cinema and its own memory was about to be shaken by the emergent arrival of digital technology, the Festival de Cannes created Cannes Classics, a selection that displays the work of valorisation of heritage cinema carried out by the production companies, the right-holders, the cinematheques or the national archives around the world.

Being now an essential component of the Official Selection and a presence of the history of cinema which inspired several international festivals, Cannes Classics showcases vintage films and masterpieces of the history of cinema in restored prints.
Because Cannes is also devoted with the mission of enchanting the audience of today's relationship with the memory of cinema, Cannes Classics puts the prestige of the biggest festival of the world at the service of the cinema rediscovered, accompanying all the new exhibitions: releasing in movie theaters, on VOD or on DVD/Blu-ray editions of the great works of the past.

The program of the 2017 edition of Cannes Classics consists of twenty-four screenings, one short film and five documentaries. The films are screened as wanted by the right-holders, in DCP 2K or DCP 4K, and L'Atalante by Jean Vigo that Gaumont wished to screen in 35mm.

The films selected for this 2017 edition will focus mostly on the history of Cannes. They come from nations that have allowed the Festival de Cannes to become a land of cinematographic discoveries: Hungary, Lebanon, Serbia, United Kingdom, Italy, United States, Israel, Mauritania, Niger, Poland, Switzerland, Japan, Spain, the Netherlands, Canada, Belgium and Australia. Many countries which also consider that safeguarding heritage cinema is essential.

On the occasion of the celebration of its 70th edition, a brief history of the Festival of Cannes

From 1946 to 1992, from René Clément to Victor Erice, sixteen history-making films of the Festival de Cannes

•1953: Le Salaire de la peur (The Wages of Fear) by Henri-Georges Clouzot (1952, 2h33, France, Italy): Grand Prix.
Presented by TF1 Studio in collaboration with la Cinémathèque française and the support of the CNC, of the Archives audiovisuelles de Monaco, of Kodak and the CGR cinémas. 4K Restoration from nitrate image negative and a sound duplicate made by Hiventy. Please note that this presentation is the preview of a major Clouzot event scheduled in France in the fall of 2017.

•1957: Ila Ayn? (Vers l'inconnu ?) by Georges Nasser (1h30, Lebanon): in Competition.
Presented by Abbout Productions and Fondation Liban Cinema. With the generous support of Bankmed – Lebanon. The original 35mm Fine Grain Master Positive was scanned in 4k, retouched and color-corrected in a resolution of 2K. All works were carried out by Neyrac Films - France. Sound restoration by db Studios - Lebanon. In collaboration with The Talkies. World Sales: Nadi Lekol Nas.

•1969: Matzor (Siege/Siège) by Gilberto Tofano (1h29, Israel): in Competition.
A presentation of the Jerusalem Cinematheque – Israel Film Archive, in partnership with United King Films and the support of the Rabinovich Foundation. The original 35mm black and white negatives were scanned in 4K by Cinelab Romania. It was digitally restored and finalized in 2K by Opus Digital Lab in Tel Aviv. Restoration and color grading lead by Ido Karilla, supervised by DOP David Gurfinkel.

•1976: Babatu, les trois conseils by Jean Rouch (1h33, Nigeria-France): in Competition.
Pressented by the CNC, Inoussa Ousseini, the Comité du film ethnographique and the Fondation Jean Rouch. Digital restoration made from the 2K digitization of the 16mm negatives. Restoration carried out by L21.

•1976: Ai no korîda (In the Realm of the Senses/L’Empire des sens) de Nagisa Oshima (1h43, France-Japan): Quinzaine des Réalisateurs.
Presented by Argos Films and TAMASA. Digization and 4K resoration from the original negative by Eclair. Sound restoration from the original magnetic sound by L.E. Diapason. The film will be released in French theaters.

•1980: All that Jazz (Que le spectacle commence) by Bob Fosse (1979, 2h03, United States of America): Palme d’or ex-æquo.
Presented by Park Circus. 4K restoration by Twentieth Century Fox and the Academy Film Archive in collaboration with The Film Foundation. The restoration was produced from the original camera negative at Sony Colorworks in Culver City California.

Other events, other restored prints, other guests

•Madame de… by Max Ophüls (1953, 1h45, France)
A Gaumont restoration. A show to pay a tribute to Danielle Darrieux for her birthday and presented by Dominique Besnehard, Pierre Murat and Henri-Jean Servat who will screen the latest filmed interview of Danielle Darrieux.

• L’Atalante by Jean Vigo (1934, 1h28, France), restored 35mm print
Presented by Gaumont, la Cinémathèque française and The Film Foundation of Martin Scorsese. First digital restoration in 4k and conversion to a 35mm print. A new discovery of the closest version of the director’s work thanks to Gaumont, Luce Vigo and historian Bernard Eisenschitz. Restoration carried out at L’Image Retrouvée laboratory in Bologna and Paris.

• Native Son (Sang noir) by Pierre Chenal (1951, 1h47, Argentina)
A presentation by Argentina Sono Film. Restoration with the collaboration of the Library of Congress.

• Belle de jour (Beauty of the Day) by Luis Buñuel (1967, 1h40, France)
Presented by STUDIOCANAL. Digitization from the original negative and 4K restoration carried out by Hiventy laboratory for STUDIOCANAL with the support of the CNC, of la Cinémathèque française, of the Fonds Culturel Franco-Américain and the Maison YVES SAINT LAURENT. French theater distribution: Carlotta.

• A River Runs Through it (Et au milieu coule une rivière) by Robert Redford (1992, 2h04, United States of America)
Presented by Pathé. 4K Scan and 4K restoration from original image and sound 35mm negatives. Restoration carried out by Pathé at Technicolor France laboratory for the image in collaboration with Philippe Rousselot, cinematographer of the film, and L.E. Diapason for the sound restoration.

The history of cinema by cinema itself, a presentation of five documentaries

• La belge histoire du festival de Cannes (The Belgian's Road to Cannes) by Henri de Gerlache (2017, 1h02, Belgium)
Presented by Alizé Production. Produced by Alizé Production, co-produced by RTBF (Belgian television) & Proximus.
A joyful road movie to discover the Belgian cinema which has been at Cannes for 70 years. The filmmakers of yesterday are talking with those of today to paint a picture of a free and heterogeneous cinema. A "Belgian story" of the biggest festival in the world.

• David Stratton - A Cinematic Life by Sally Aitken (2017, 1h37, Australia)
Presented by Stranger Than Fiction Films. Produced by Stranger Than Fiction Films, with Screen Australia, ABC TV Arts, Screen NSW and Adelaide Film Festival.
An love adventure of film critic David Stratton with his adopted country, Australia, which led him to understand himself. It is also the glorious history of Australian cinema and its creators told by this Cannes-regular film-lover interested in the world.

• Filmworker by Tony Zierra (2017, 1h29, United States of America)
Presented and produced by True Studio Cinema.
Young actor Leon Vitali abandoned his prosperous career after Barry Lyndon to become the faithful right hand of director Stanley Kubrick. For more than two decades, Leon has played a crucial role behind the scenes by helping Kubrick. A complex and interdependent relationship between Leon and Kubrick based on devotion, sacrifice and the harsh and joyful reality of creative process.

• Becoming Cary Grant (Cary Grant - de l'autre côté du miroir) by Mark Kidel (2017, 1h25, France)
Presented by ARTE France and Showtime Documentary Films. Produced by YUZU Productions, coproduced by ARTE France, in association with ro*co films productions.
Cary Grant is one of the biggest Hollywood actors. In his fifties, he started a cure of  LSD to free himself from his demons. For the first time, with his words, he retraces his journey. The story of a man in search of himself and the love he did not find in his life. The words of Cary Grant are interpreted by Jonathan Pryce.

• Jean Douchet, l'enfant agité by Fabien Hagège, Guillaume Namur, Vincent Haasser (2017, 1h30, France)
Presented and produced by Carlotta and Kidam.
Three young cinephiles follow Jean Douchet, question his friends and former students. This documentary reveals the man and his critical philosophy, a part of the history of the Cahiers du Cinéma and this Art of loving to which he has devoted his existence. 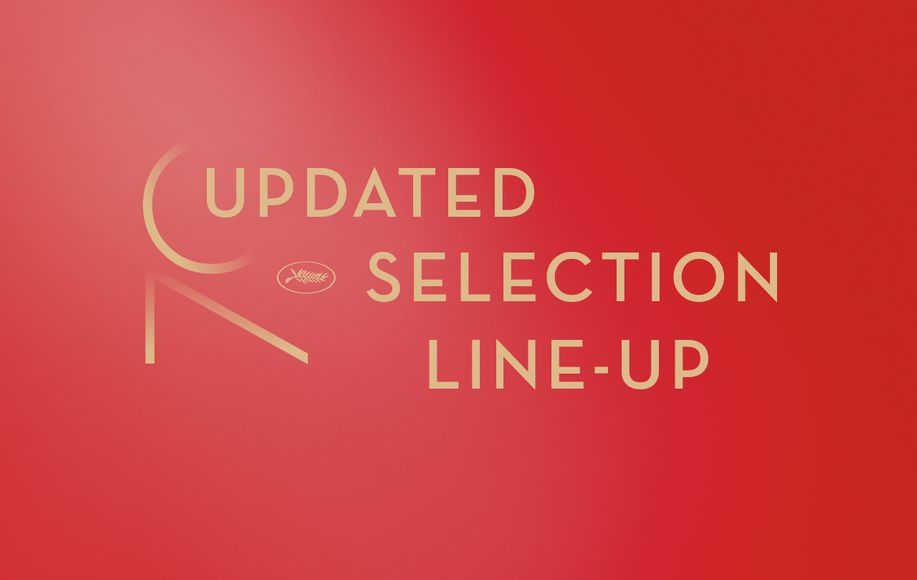 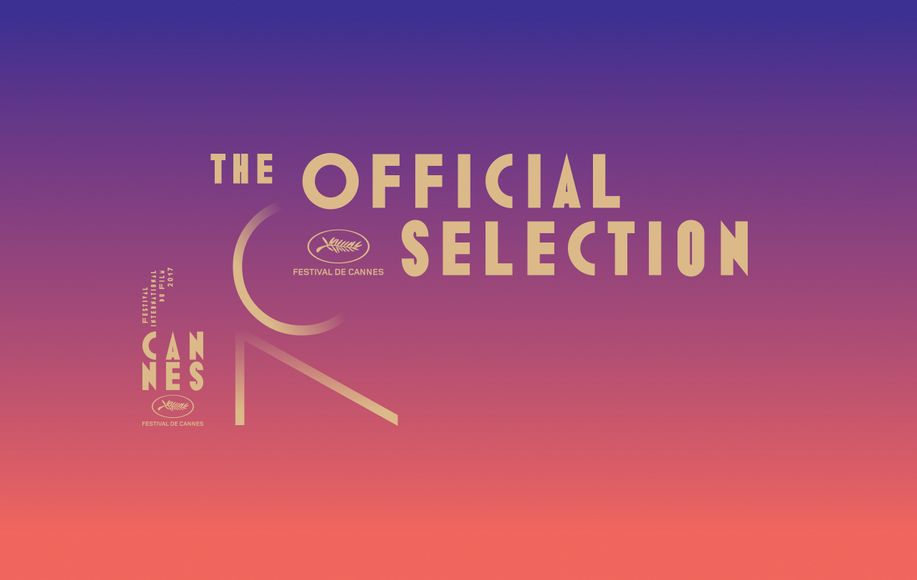