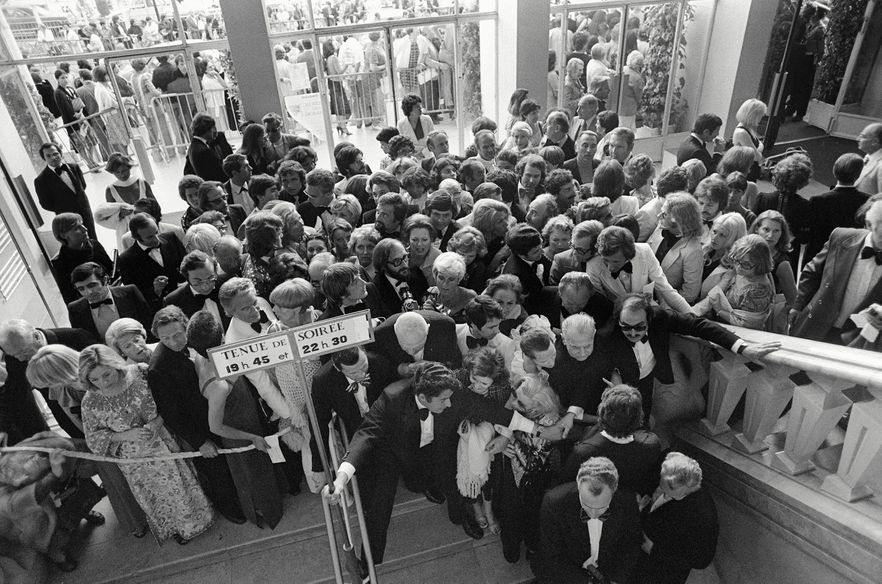 There can be no more legendary way to ascend to the heights of cinematic glory than via climbing the red stairs at the Festival de Cannes! This film première rite of passage is based on traditions which have taken root over 70 years. Here we offer an illustrated look back at the most important of them all: the obligatory dress code.

Over the decades, the Festival de Cannes has written cinematic history, not only through the films it has selected but also the great names of cultural life who have gathered at the foot of its steps. And so it was that entry to the high temple of world cinema came to be governed by a very precise protocol.

No need, for once, for lightning-speed photographs, in a race against the clock – the stars parade here in full view and always dressed up to the nines for the occasion! From the very earliest years, the arrival of the stars for the Gala session has been a ritual with its very own dress code – often respected, sometimes subverted, but always guaranteed to be the talk of the town.

When France decided in 1939 to create an international gathering for its film industry, the choice of the Riviera was no mere accident. The challenge from the outset was to find a place able to rival the cosmopolitan charms of Venice.

Since the decision of former British Chancellor Lord Brougham to settle in Cannes in 1834, and the development of the Chemins de Fer P.L.M railway line serving the region, the town had become a highly-prized seaside resort. A new tourism based on refinement and leisure developed with the construction of the Croisette, lined by luxury hotels, and the opening of the Municipal Casino, where the first (subsequently cancelled) Festival of 1939, and then the 1946 event were held.

It was in the context of this prosperous resort on the Riviera that the Festival dress code took hold. With the famous poster by Jean-Gabriel Domergue and the promotional flyer by Marco de Gastyne created for the 1939 event, the programme with its 'elegant dinner' already looked set to be a stylish gathering! While the Festival has joined forces on several occasions during its history with the Chambre Syndicale de la Haute Couture in Paris to organise Parisian fashion shows during the ceremonies, and thus shine a spotlight on French excellence, the choice of evening wear has not always been to everyone's taste!

THE AFFAIR OF THE TIES

In 1949, the Festival witnessed its first fashion faux-pas. Amid the glorious weather of the Riviera, it required some skill for festival goers to change from their bathing costumes into dinner jackets in time for their sessions! The organising committee decided to organise certain screenings for which ties were to be worn, and some without. But many foreign delegations took this alternating protocol as a judgement on the film being presented, giving rise to anger and a declaration of the war of the ties!

The mayor himself, M. Antoni, expressed his unhappiness, arguing that the protocol did not reflect the Cannes climate and that festival-goers had every right to relax! And so it was that the bathing costume became one of the first fashion accessories on the Croisette. In 1947, Michèle Morgan and Paul Sartre basked in the sun on the beach, and the bikini quickly became the privilege of the starlets! 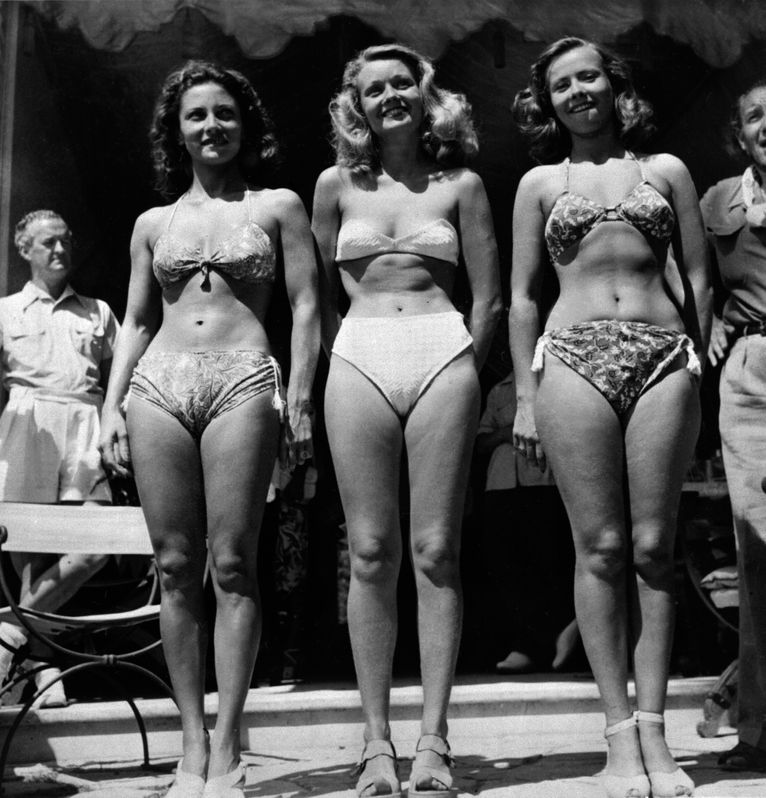 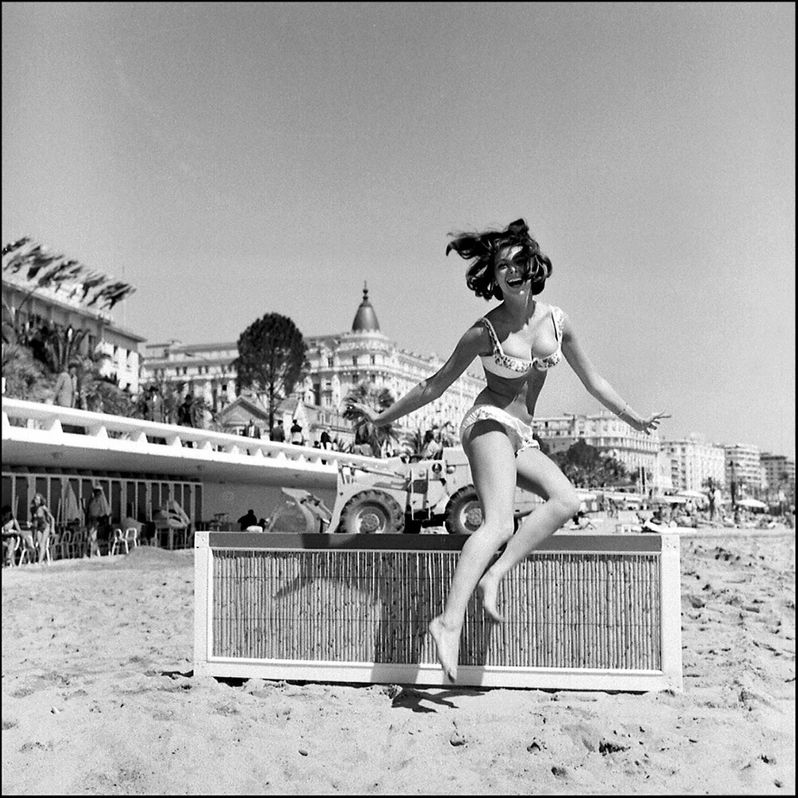 And yet, despite these summertime distractions, the sessions in evening wear were already woven into the institutional fabric of the Festival, and they remain among the most important Cannes traditions to this day. A SECOND SKIN FOR Pablo Picasso?

The ever-whimsical Pablo Picasso was one of the first to break the evening dress code. Legend has it that in 1953, when the artist attended the screening of Henri-Georges Clouzot's Salaire de la Peur (The Wages of Fear), he obtained a dispensation to enter the Palais wearing a sheepskin cloak.

And yet that same year, as the exchange below shows, Favre le Bret, then General Director of the Festival, was far less accommodating with a journalist who expressed his incomprehension about the dress code! Correspondence between Robert Favre Le Bret and a journalist © FDC

Others, like Henry Miller, a Jury member in 1960, refused to obey the code and were turned away from the opening evening simply for lack of a dinner jacket. Or Armand Gatti who similarly refused in 1963 2, but there can be no doubt that the best remembered stars are those who climbed the stairs dressed in a mix of humour and homage. 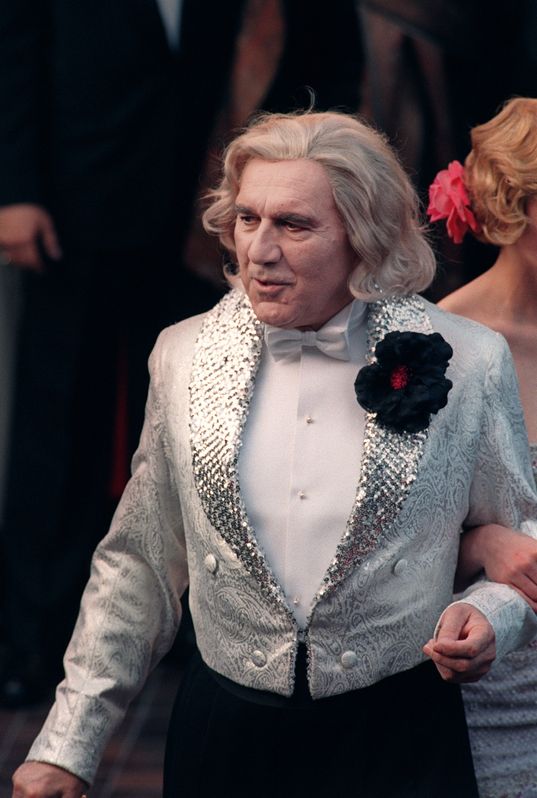 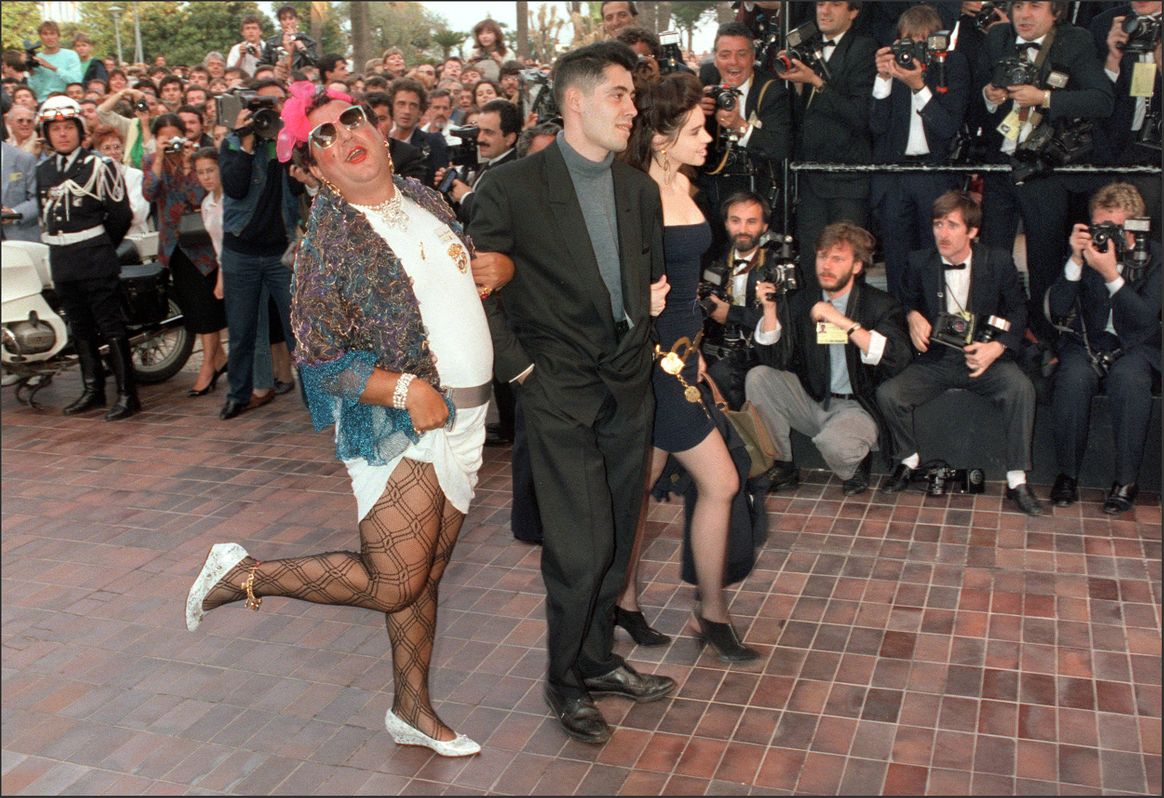 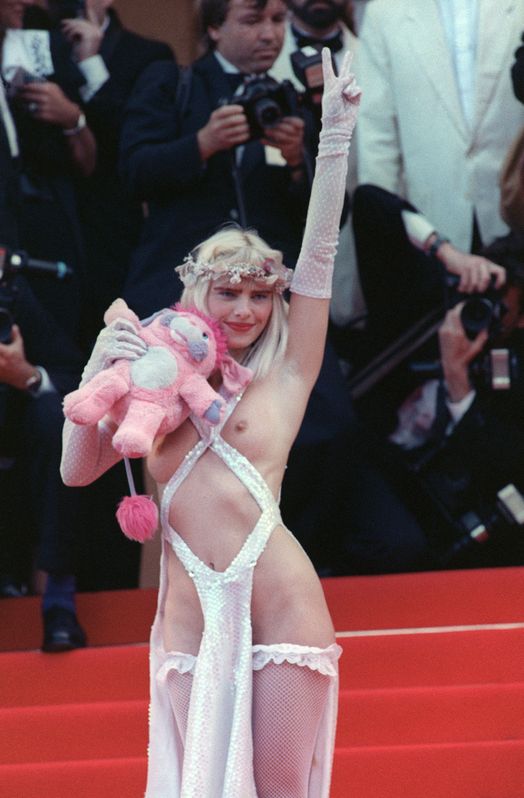 Michel Piccoli climbs the steps in 1994 for the screening of Joel Coen's The Hudsucker Proxy, in costume as a character from Agnès Varda's film Les Cent et Une nuits de Simon Cinéma (One Hundred and One Nights) which he was then filming on the Croisette. © Patrick Hertzog / AFP

In 1991, it was Madonna's turn to cause a stir on the  Croisette, draped in a cloak of pink silk as she walked up the red carpet for the screening of In Bed With Madonna. On reaching the top of the stairs, the pop star unveiled her conical bra, which became a signature creation for couturier Jean-Paul Gautier. In 1991, Lars Von Trier returned for the second time to Cannes to present Europa. The director would later recount how he summoned up the courage to climb the steps only thanks to the dinner jacket he was wearing, which belonged to none other than the absolute master of Danish cinema… Carl Theodor Dreyer!

"Following his collaboration with the late lamented Carl Dreyer, Henning Bendtsen, the cinematographer of Europa, had received a gift from the master himself – Dreyer's old dinner jacket tailor-made in Paris in 1926. Dreyer thought he would no longer need it. In a friendly and touching gesture, Henning handed it on to me and of course that was the dinner jacket I wore that evening on the steps!" 3

It must have brought him luck, as that year he emerged joint winner of the Jury Prize!