In September 1946, the festivities begin! 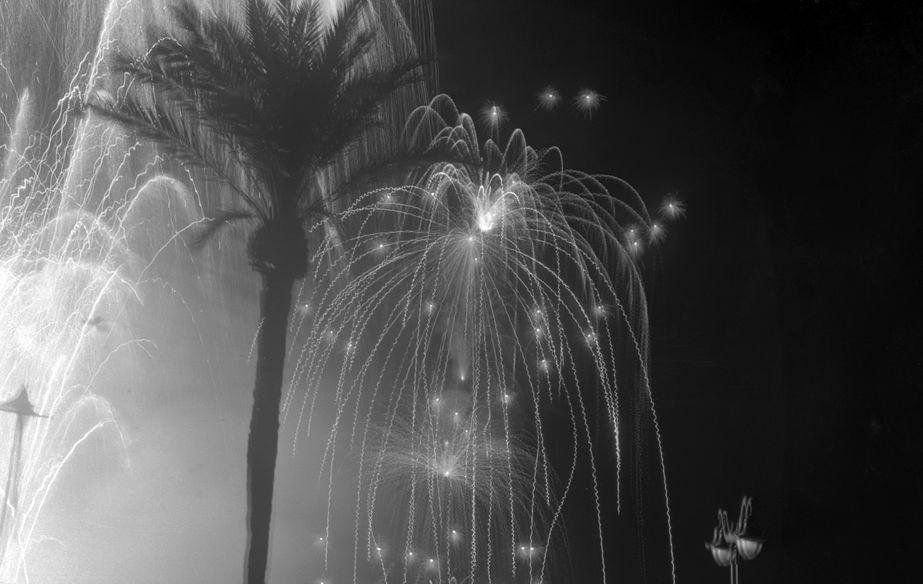 In 1946, in the wake of the historic events which had left the world devastated, the rebirth of the Festival de Cannes whose first season had been prevented by the outbreak of war in 1939, seemed to be a chance to celebrate the peace, and for nations to gather together and have fun around the world of film. Thanks to the perseverance of its organisers, the great film festival could finally begin.

The Festivities are launched

The first celebrities arrived by special train on 18 September as the festivities were being prepared. Some American stars even landed by seaplane in Cannes Bay!

On 19 September, a party of Moroccan and Senegalese sharpshooters and a memorable flower fight got the festivities underway on the Croisette. At nightfall, the skies above the Riviera lit up and the all-round fun and pleasure increased further still during a sumptuous reception in the gardens of the Grand Hotel. The American singer Grace Moore sang the Marseillaise in front of an emotional crowd, overjoyed to have rediscovered a sense of wonder after years of suffering. 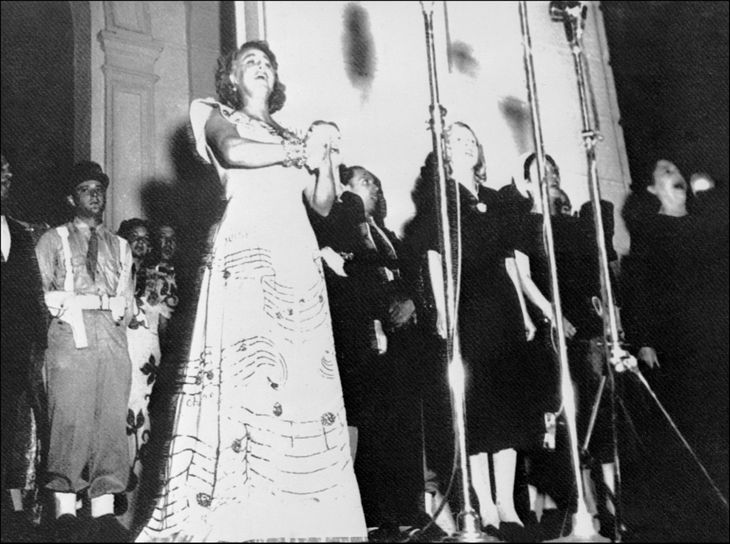 The Competition began the very next day with screenings held at the Municipal Casino. The tone of the event was pacifist, based on the ideal of understanding between the countries taking part, and whose regulations echoed those laid down in 1939. Each country appointed its own Jury member and the films it wished to present. The number of films was determined in proportion to each country's productive output in the 12 months leading up to the festival. The Jury was also entitled to withdraw a film from competition if it were deemed to 'offend the national sensitivities of any state' (Article 7). Finally, and above all, each country would leave with its own 'Grand Prix' (Article 10). 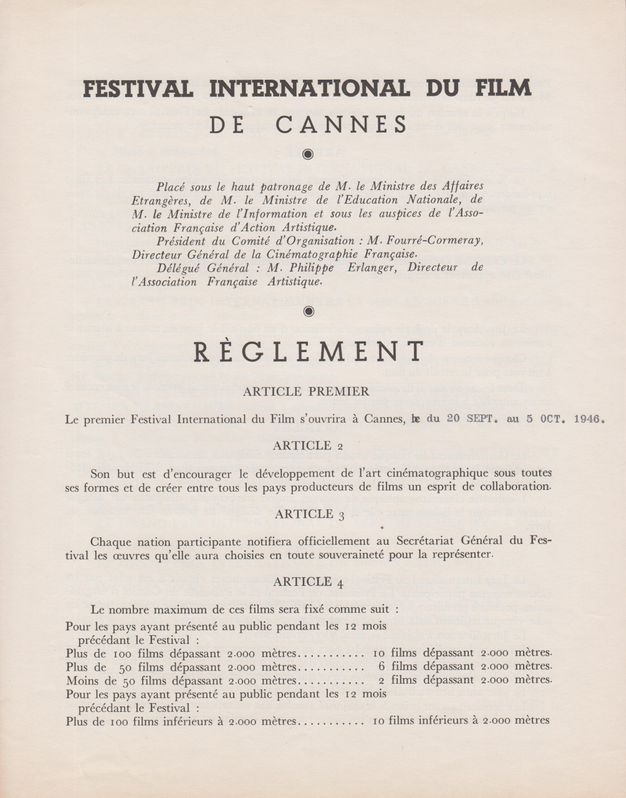 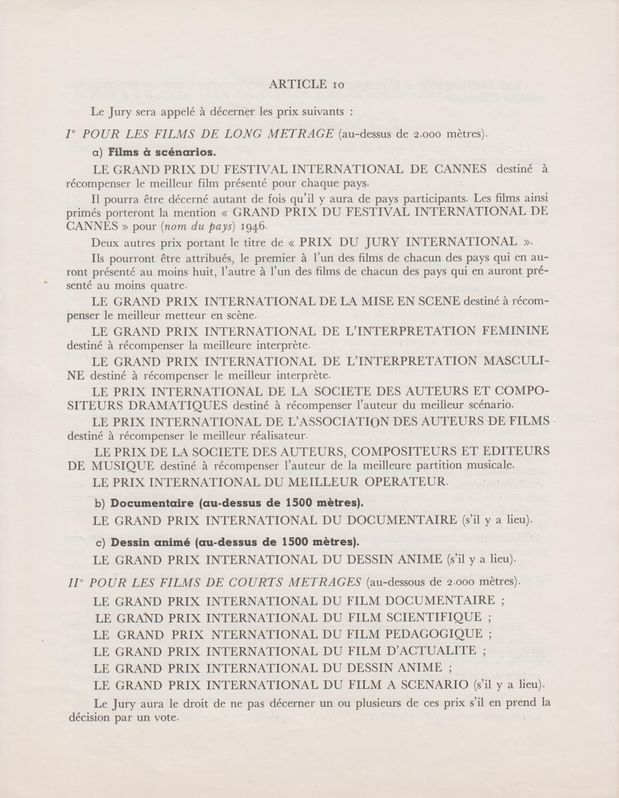 A successful Festival, despite a few ups and downs

During the first screenings, even though the films were presented 'in their original language and without subtitles' (article 14) the buzzing crowd in the room testified to the excitement at the event. Unfortunately, the somewhat ill-disciplined public paid scant regard to the assigned seats and the screening conditions were far from ideal. The hasty conversion of the projection room resulted in some precarious consequences, and there was some impatience at a curtain that failed to close properly, letting daylight onto the screen.  Some screenings were controversial, including that of a Soviet short film on the liberation of Berlin, (Berlin by Juli Raisman) for example, which was interrupted several times for technical reasons. There was loud talk of political sabotage. Robert Favre Le Bret, the secretary general working for Philippe Erlanger, was forced to summon up all his diplomatic talent to calm the delegation from the USSR by organising a second screening.

After witnessing the screening of Notorious, Robert Chazal commented, not without a touch of humour: 'Alfred Hitchcock has met his match: the projectionist added to the suspense of Notorious by missing out an entire film reel' 1.  In his defence, it has to be said that this aspect of proceedings had been overlooked in the preparations and the projectionist's assistants recruited from among the city's gardeners...

And yet the first Festival, with its ups and downs and film buff anecdotes, would be remembered as a successful event, and the sign of a historic cinematographic renewal. That year saw the birth on the Croisette of the first glimmers of Italian neo-Realism with the screening of Rome, Open City by Roberto Rossellini. And the crowd discovered Michèle Morgan, the very first winner of the Best Actress prize in the history of the cinema for her role in Pastoral Symphony. The Battle of the Rails by René Clément paid tribute to the resistance of the railwaymen, and many films went down in cinematic history – above all Hitchcock's Notorious and Gilda by Charles Cukor before the first season of the Festival de Cannes came to a close with Jean Cocteau's Beauty and the Beast. 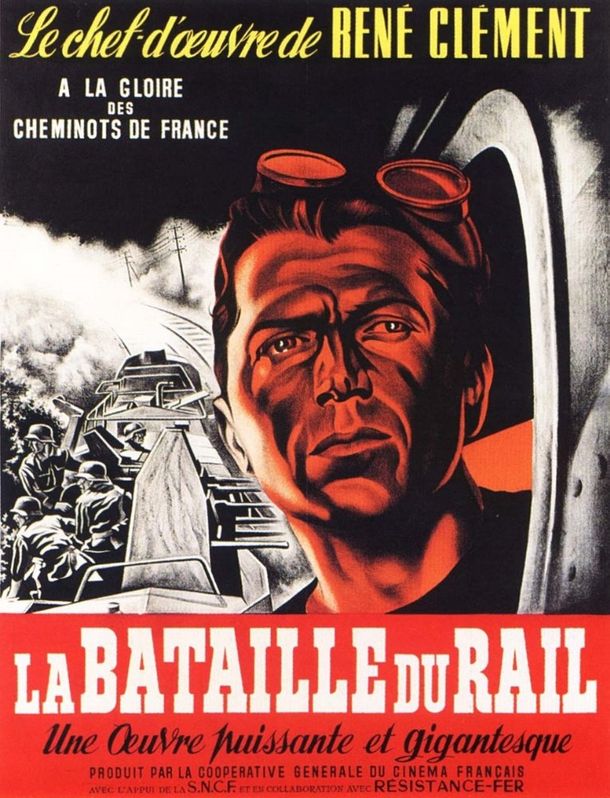 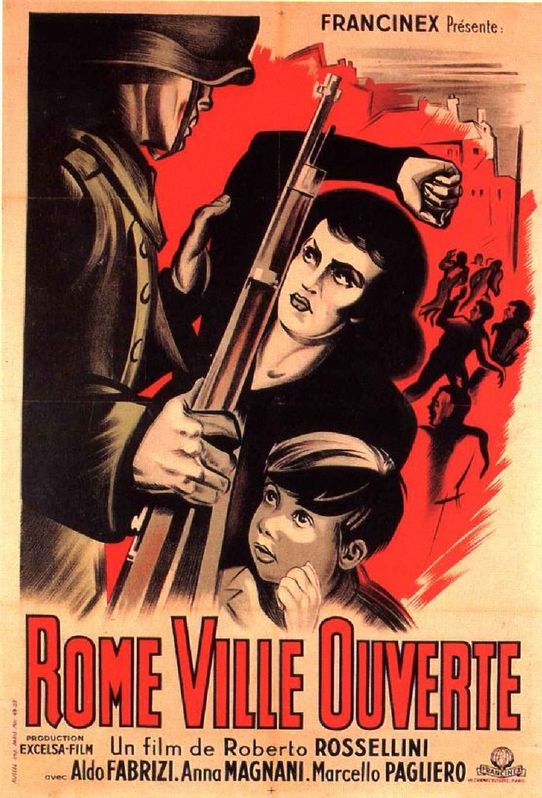 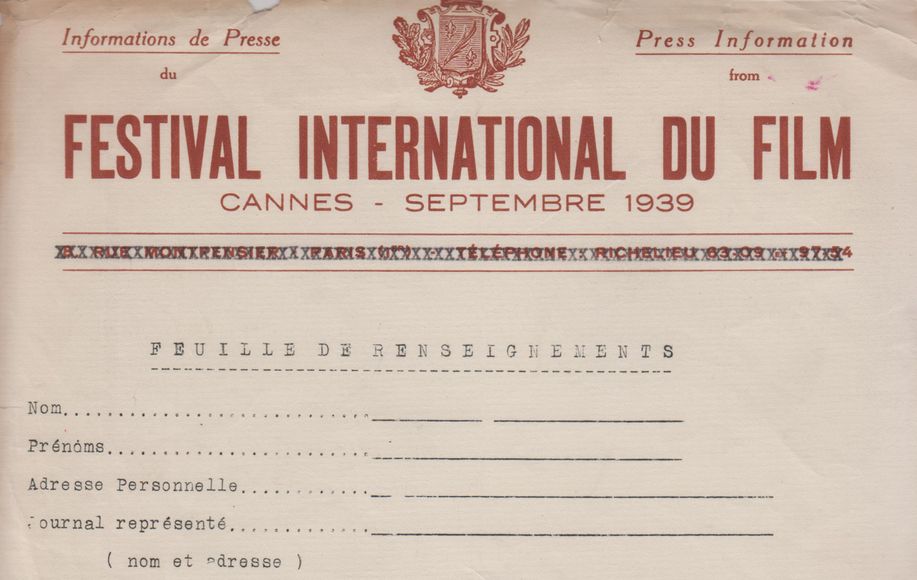 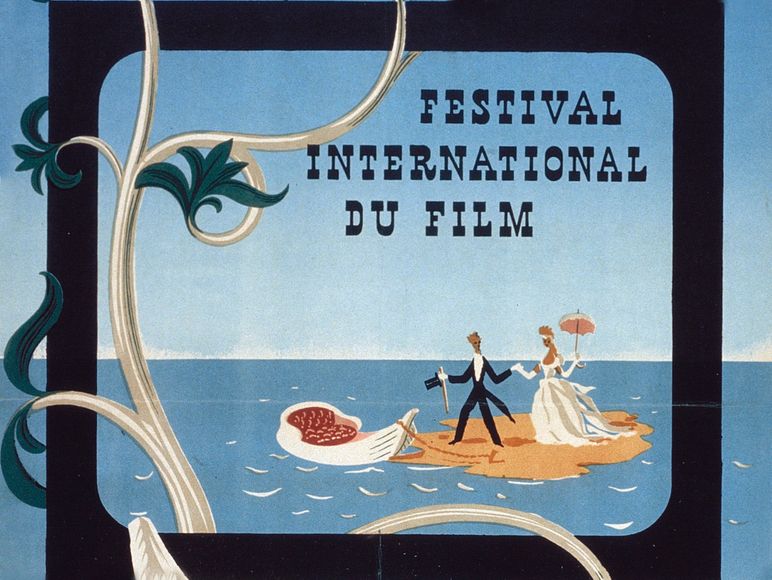 The project resumes in 1946