The Oscars Ceremony on February 9th provided us with a beautiful image of transition towards the 73rd edition of the Festival de Cannes, by presenting the Oscar for best director to Bong Joon-ho, winner of the Palme d'or 2019 for Parasite, from Spike Lee, who will head the Feature Film Jury in 2020.

Since winning the Palme d'or in Cannes last May, the film has continued to collect the most prestigious awards and beat numerous records; today, it arguably becomes one of the most award-winning films in the history of cinema. After shining brightly at the Golden Globes and the Baftas, the website IMDB credits Parasite with 198 awards and 183 nominations to date.

For the 92nd Oscars Ceremony, the hashtag #ParasiteMadeHistory was specifically created on social media, giving an indication of the public’s excitement for the recognition of the film and its Korean director.

The evening saw Parasite culminate its incredible journey with 4 Oscars & 2 new records, becoming the first non-English language film to win best picture and the first to be awarded both the Oscar for best film and best international feature.

In the Festival’s history, Parasite is only the second Palme d'or recipient to also receive the Oscar for best film. This double win has not been achieved since the creation of the Palme d'or in 1955, with Marty by Delbert Mann. 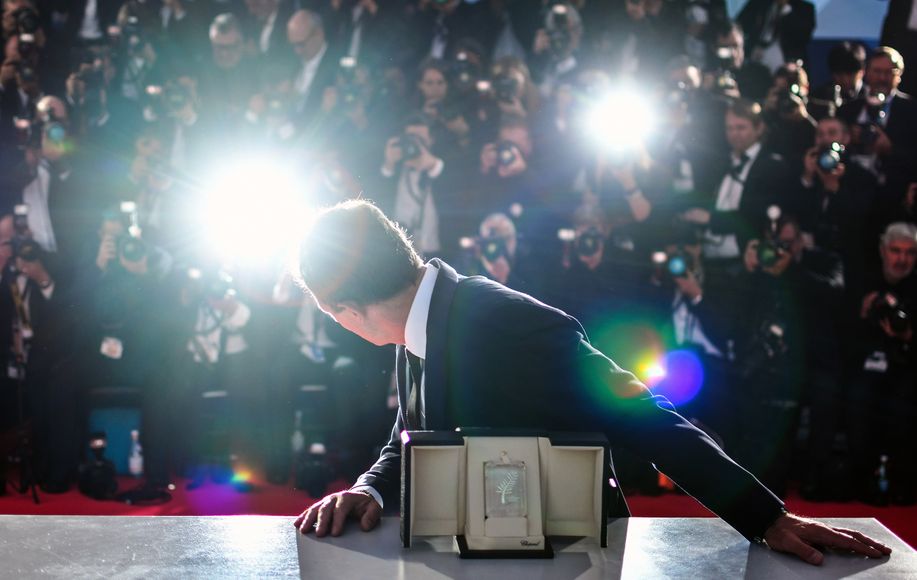