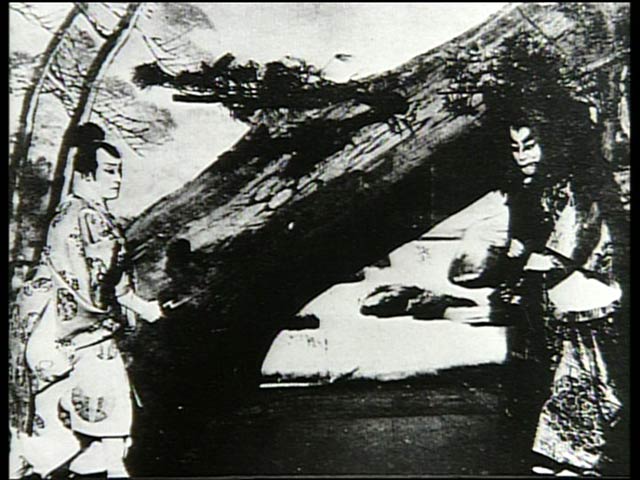 The importation of the Lumière brothers’ cinematograph in 1897 marked the first dawn of cinema in Japan. The first moving-picture camera imported into the country was a Gaumont camera that was used on several occasions to film fashionable geishas in the traditional restaurants of Shimbashi, which was a great success with audiences.
The film made from these shots of the geishas is considered to be the first film made for entertainment in Japan. In 1899, a photographic engineer named Tsunekichi Shibata made what is thought to be the first Japanese cinematographic production, a film of purely theatrical content that showcased a kabuki play named Maple Viewing (Momijigari). With the importation of French equipment, France’s major influence on Japanese cinema was established from the very beginning.

A page of madness by Kinugasa Teinosuke, 1926


At the outset, the main trend in Japanese cinematography was jidaigeki, or cloak and dagger drama. Shortly after, contemporary drama made its appearance. The history of Japanese cinema places the trilogy A Diary of Chūji’s Travels (Chūji tabi nikki), made in 1927 by Daisuke Itō, at the top of the list of jidaigeki films. For contemporary drama, priority is given to A Page of Madness (Kurutta Ippeiji), which was made in 1926 by Teinosuke Kinugasa. With the advent of the 1930s, the brilliant Sadao Yamanaka emerged on the cinematographic scene. Sadly, he was called up for military service and died of illness at the age of 29 on the front in northern China. Only three of his works have survived: The Million Ryō Pot (Hyakuman ryō no tsubo, 1935), Kōchiyama Sōshun (Kōchiyama Sōshun, 1936) and his posthumous work Humanity and Paper Balloons (Ninjo kamifusen, 1937). Sadao Yamanaka’s works are particularly precious as an example of the style of pre-war Japanese cinema. 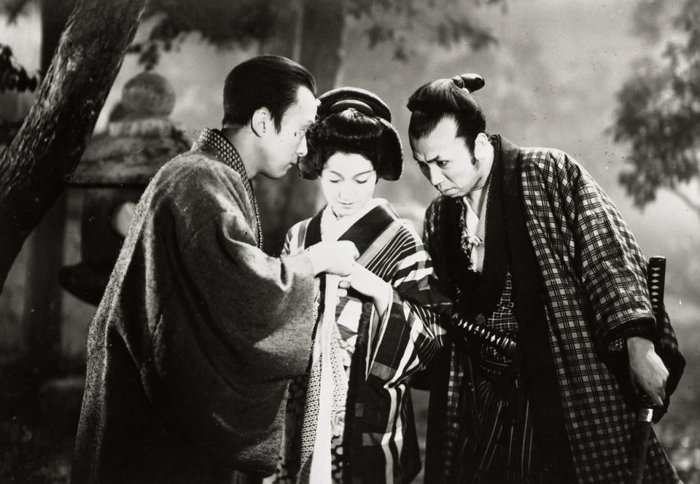 Japan lost the war on 15 August 1945. Exhausted and impoverished, the whole Japanese population experienced an extremely difficult existence. However the public, craving a diversion, streamed into the cinemas. Many films from the West were distributed and Japanese audiences were particularly fascinated by the artistic quality of French cinema.

The golden age of Japanese cinema was the 1950s, particularly the first half of the decade, when a large number of films were produced that have taken their place in the annals of film history: first and foremost, the masterpieces by Teinosuke Kinugasa, Yasujirō Ozu, Akira Kurosawa, Kenji Mizoguchi, Keisuke Kinoshita and Mikio Naruse. Kaneto Shindō, a great director from the 1950s who is now 98 years old, just finished his most recent work, Ichimai no hagaki (which could be translated as A Postcard) in October 2010, on an anti-war theme.

In 1953, the television channel NHK broadcast its first programmes and the cinemas soon noticed their attendance numbers dropping. The start of the 1960s marked the arrival of new directors who were not satisfied with Japanese film production to date. They created a trend called Shōchiku Nouvelle Vague (from the name of a Japanese cinematographic production company). Nagisa Ōshima’s Cruel Story of Youth (Seishun zankoku monogatari, 1960) became a real societal phenomenon. Japan also owes its close ties with the Festival de Cannes to Nagisa Ōshima, Shōhei Imamura, twice winner of the Palme d’Or and, of course, to Akira Kurosawa, who also won the Palme d’Or for Kagemusha in 1980.

Japanese cinema is constantly renewing itself, as the work of director Takeshi Kitano demonstrates particularly well. In his wake, an increasing number of young Japanese directors have been drawn to Cannes since 2000, and the works of art and experimentation they produce are primarily focused on garnering awards abroad rather than at home in Japan. As a result, we have seen the directors Hirokazu Koreeda and Naomi Kawase in Cannes, as well as Masahiro Kobayashi, who is better known in Cannes than in his home country and who presented Bashing (Bashingu) in the Official Competition in 2005. 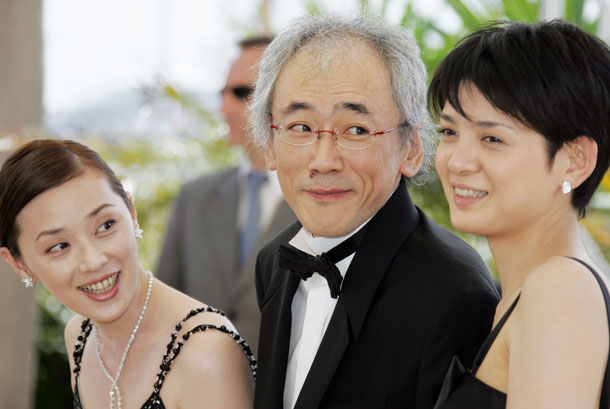 Nene Otsuka, Masahiro Kobayashi and Fusako Urabe in 2005 at Cannes for Bashing

Due to the poor distribution of Western films in Japan, the works awarded the Palme d’Or at the Festival de Cannes are not adequately presented. While films like The Class from last June, Uncle Boonmee, The White Ribbon (Palme d’Or 2009), Of Gods and Men (Grand Prix 2010) and 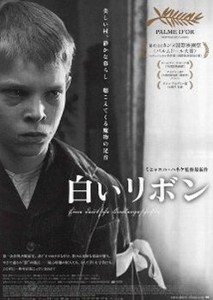 Certified Copy have been released, the film Poetry has still not been released to date. In a country where art and experimentation in cinema do not have much support, it is common for films to be released only 12 or 18 months after their presentation at the Festival de Cannes.

The situation of Japanese cinema is rather unique. In Japan, there is no public organisation similar to the French Centre National du Cinéma (CNC), and the management of cultural policy is relatively outdated.

In 2004, the CNC signed a memorandum of cooperation with Japan that only sets out a certain number of issues on which common efforts must be undertaken.

Today, the main question that preoccupies the world of Japanese cinematography is the absence of a public film school. Moreover, directors do not receive any royalties because, ever since the pre-war period, these rights have been relinquished to production companies. The system governing the legal copyrighting of films also remains inadequate. Moreover, the activity of cinemas for artistic and experimental film is very underdeveloped.

The current situation in Japanese cinema

Cinema became the ultimate form of entertainment in Japan as early as the pre-war years and particularly between 1945 and 1958, the year it attained its zenith with 1.12 billion spectators. Subsequently, with the advent of television, this number diminished significantly. The most recent statistics indicate 162.2 million spectators per year. On average, the Japanese go to the cinema 1.3 times per year, which is approximately three times less that the French or South Koreans. Annual sales in 2010 were approximately ¥220 billion (€2.42 billion), which positions Japan as a major film market, placed just behind the USA.

This contradictory situation is primarily due to the cost of a cinema ticket: in Tokyo and even in Osaka, a ticket can cost up to ¥1,800 full price, ¥1,500 for students and ¥1,000 for people over the age of 60. This price makes up financially for the reduced attendance. On average, a cinema ticket costs €6.14 in France, €5.1 in Korea, $7.50 dollars in the US, and Japan is the exception with a high cost of ¥1,217 (or €11.06). One can thus argue that the Japanese film industry is supported by the high price of tickets.

* Yokichi Nakagawa is a film critic and historian

The Festival de Cannes would like to thank all the writers for contributing for free.
Share the page
.
.
.